It’s now Week 3 of the college football season and in the spirit of a wild season that has started with a number of wild upset, we have selected our three best NCAA upset picks for Week 3 action. Each of the betting underdogs below packs a healthy bite and should be able to cover some generous spreads. In fact, it wouldn’t be totally surprising to see any of these squds pull off the outright upset.

Purdue has proven to be one of the sneakiest road and/or underdog cover teams in college football. They are 10-6 ATS on the road and 15-5 ATS as underdogs under fifth year head coach, Jeff Brohm, including a 7-1 ATS mark as road dogs. Go back further and you find that the program is 24-9 ATS when getting points on the road over the last 10 seasons, including a current 8-2 ATS run in its last 10  games, part of a 17-5 ATS burst in the last 22 outings as underdogs overall.

While the Boilermakers were rattling off six September covers in their last eight tries, Notre Dame was busy stumbling to a 1-4 ATS mark as home favorites in 2020 and just two covers in the program’s last eight efforts against Big Ten competition. Thus far this season, the Irish have squeezed out wins against Florida St., who went on to lose to an FBS school the next week, and edged by 16.5-point underdog Toledo by a field goal.

David Bell evades the entire defense to put more points on the board for @BoilerFootball . pic.twitter.com/ogBB3TeTqo

They are clearly struggling to adapt with just three returning offensive starters and a new defensive coordinator. Their head-to-head history with these in-state rivals will do nothing to put them at ease either, as Purdue has covered three straight and five of the last six in this series, all as a dog. The Boilermakers have also gone 5-1 ATS in their last six trips to South Bend in a series that has seen the road team cover four of the last five times.

Look for this experienced Purdue group, which returned nine starters on both sides of the ball, to cover — and possibly hand Notre Dame an outright loss.

Be sure to also check out Caesars Sportsbook there and in the following states below to grab $5,000 risk-free bet and free NFL jersey.

What a tricky spot for the Stanford Cardinal here. This team just got done taking down conference rival USC as huge underdogs in a win that resulted in the firing of the Trojans head coach Clay Helton. Now, on the heels of that excitement and with the team’s home opener looming next week against UCLA, the Cardinal have to play their third straight road game to open the season and their first ever at an SEC school, as they travel all the way to Nashville to play Vanderbilt. Vandy isn’t Alabama or Georgia or Florida, so it’ll likely be tough for Stanford, who allowed 24 and 28 points in its first two games, to get up for this one fully. After all, the Commodores got smoked 23-3 on this field by ETSU, an FBS football school, in Week 1.

However, that loss makes sense when you consider it was new head coach Clark Lea’s first game in charge following his promotion from defensive coordinator. This is a team that returned nine offensive and eight defensive starters and bounced back to beat Colorado St. on the road last week as a 6.5-point underdog.

The kick is good!

Dores are back on top with 19 seconds left on the clock.#AnchorDown pic.twitter.com/L1ju2paClD

Granted, the competition isn’t always up to a Stanford-level, but Vanderbilt has gone 30-11 SU against non-conference opponents since 2011, including 21-3 SU at home. The Commodores were underdogs just twice in that span, but won both of those games outright.

Click here and use promo code SOUTH1000 to get a $1,000 risk-free bet with Barstool Sportsbook.

Vandy has also covered five straight games after a non-conference game against opposition entering off a SU and ATS win, as Stanford happens to be here. Speaking again of the Cardinal, some gruesome trends will be following them east this week. They are just 3-7 ATS in their last 11 games following an ATS win, have covered just one of their last nine after scoring more than 40 points, and have failed to cover seven straight against an opponent off a SU underdog victory.

Bet $10 on any NFL Week 2 moneyline and win $200 if your team scores a touchdown with BetMGM right here.

Hurricane Ida ravaged New Orleans and sent the Tulane Green Wave football team packing for a prep week in Texas ahead of what was intended to be a home game against Oklahoma to open its 2021 season. Instead, the game was moved to Oklahoma, a veritable home game for the Sooners. However, the 31-point underdog Green Wave showed extremely well, pushing Oklahoma to the brink in a 40-35 loss. That offensive output is no mirage either, as they have now scored 24 or more points in 14 straight games dating back to the beginning of the 2020 season.

They covered this spread in 12 of those 14 games and dropped a robust 69 points on Morgan St. last week. They return 10 starters from this run-heavy offense that currently sits in the top 30 in FBS in passing yards and total yards, in the top 50 in rush yards, and third in the nation in points per game (52.0).

They play an Ole Miss team that led the nation last season in total offense, but couldn’t stop anyone in doing so. The Rebels allowed 519 total yards per game last year, the second worst average in the nation, and will be trying to slow an opponent returning its top two running backs and four offensive line starters from a very good offense last season, one that has averaged 228 rushing yards per game across head coach Willie Fritz’s five seasons here.

Click here to get 30-1 on Chiefs-Ravens or a $1,000 risk-free first bet with FanDuel Sportsbook.

They face an Ole Miss team that has covered just six of its last 20 games following a SU win and nine of its last 30 games after piling up more than 280 passing yards prior (they amassed 294 last week against Austin Peay). Tulane, after its near Oklahoma upset, will not be intimidated by its third game away from New Orleans to start this season. They have the offensive weapons to keep pace with the Rebels, a team that has lost 12 straight games ATS following back-to-back straight up wins.

Click here to get a $1,000 risk-free bet with Twinspires in states such as Colorado, Tennessee, Indiana, Pennsylvania, and Michigan. 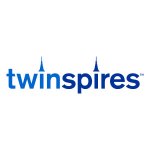 Kyle Scott
Kyle Scott is the founder and editor of CrossingBroad.com and serves as the lead online gambling writer for CBWG Media Group, which owns and partners with several popular sports websites. He breaks down game betting previews and provides commentary on the legal online sportsbooks. Follow on Twitter.
PRESENTED BY