The Mississippi State Bulldogs got some great news on Wednesday, as star RB Kylin Hill reversed course on his 2020 NFL Draft decision.

Instead of going to the NFL like he originally announced he was going to do, he’ll return to Mississippi State for his senior season under new coach Mike Leach.

Hill announced his change of heart via Twitter on Wednesday afternoon: 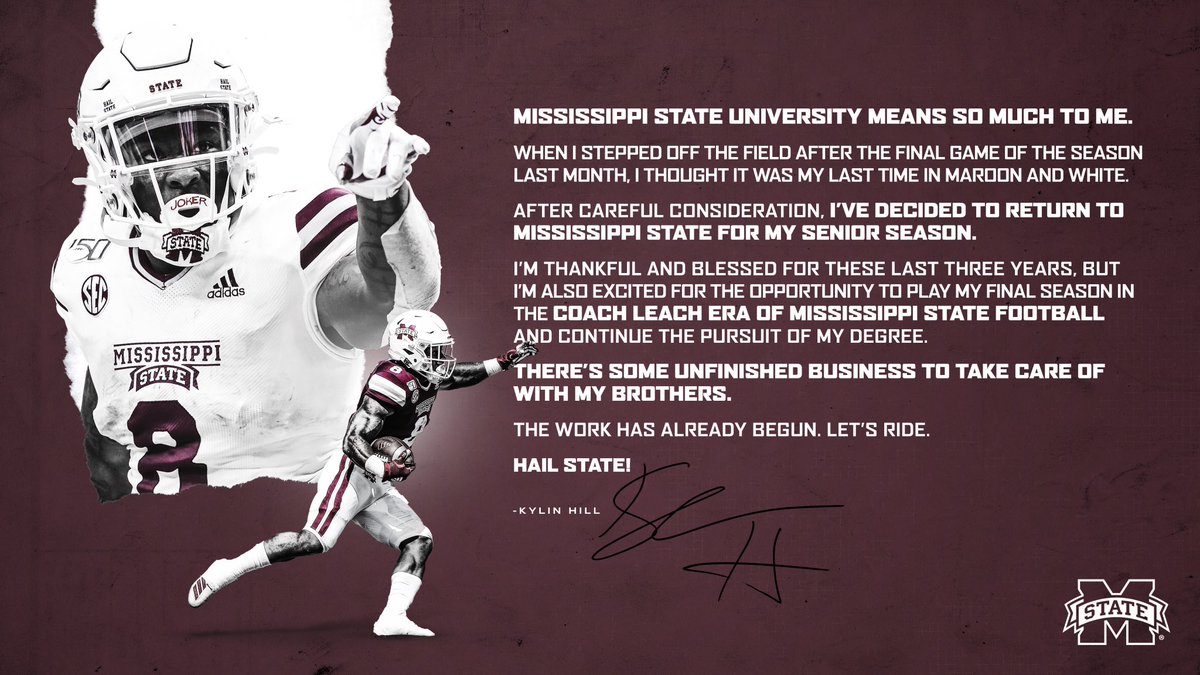 Leach isn’t known for utilizing the running game very often, but last year, he utilized top RB Max Borghi in a number of ways. Borghi ran 127 times for 817 yards and 11 touchdowns. Even more impressively, Borghi had 86 catches for 597 yards and 5 more scores.