The Missouri Tigers have filled the position of their 10th assistant coach by promoting one of their own.

The school announced Monday that the Tigers are promoting A.J. Ofodile from the position of director of recruiting operations to be the team’s 10th assistant coach. He will shift to an on-field role after serving in his previous position for two seasons.

Ofodile came to Mizzou in 2016 after serving as the head coach at Rock Bridge High School in Columbia, Missouri. He will assume the on-field role after putting up strong results in recruiting each of the past two seasons.

Ofodile also played TE for Missouri and was a three-time letter winner from 1991-93. He had 73 catches for 851 yards and 6 TDs with the Tigers.

Mizzou Football announced the news with a graphic on Twitter: 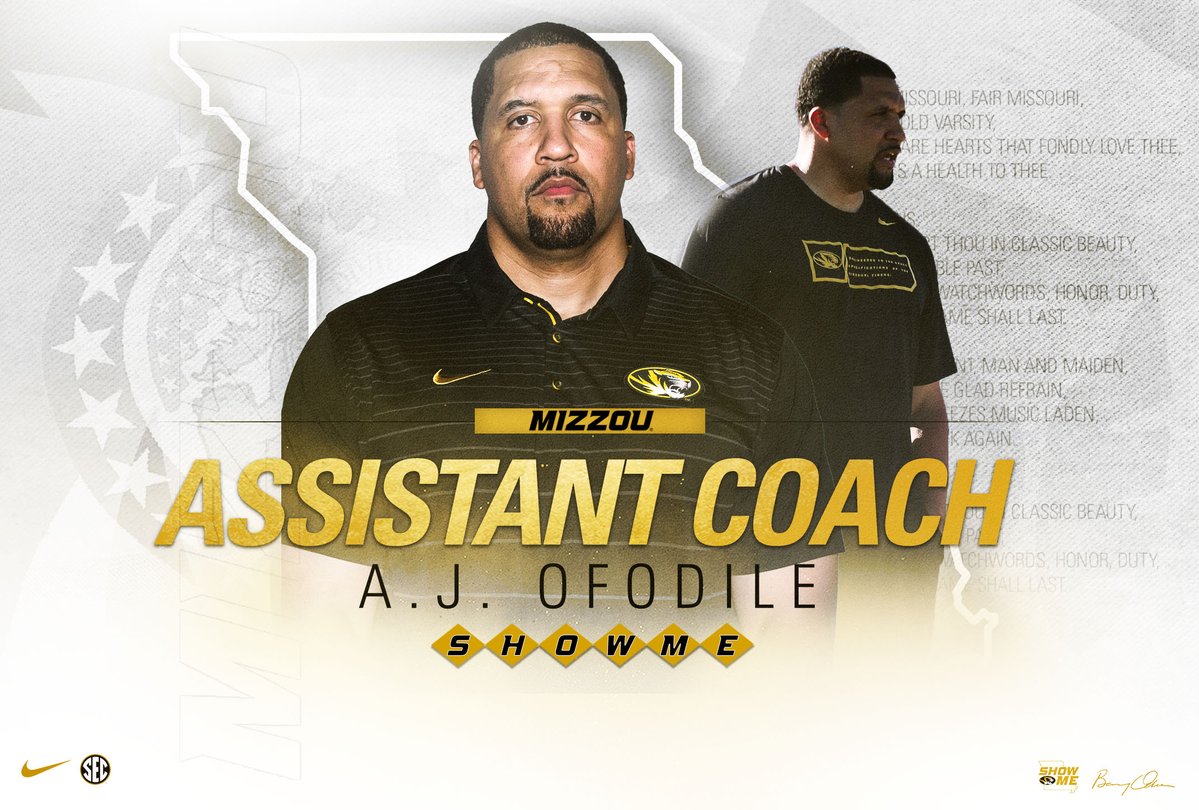