Auburn is hiring Hugh Freeze as its next head football coach. Live coverage for this event has ended.

Hugh Freeze salary said to be $6.5 million per year

According to Pete Thamel, Hugh Freeze will be getting a six-year contract with an average of $6.5 million per year.

Sources: Hugh Freeze's deal with Auburn is six years, at an average of $6.5 million per year.

With the recent new contract at Liberty, Freeze was set to make just under $5 million per year.

Hugh Freeze began his collegiate head coaching career at Arkansas State in 2011. He quickly moved to Ole Miss and coached for five seasons. After taking the 2017 and 2018 seasons off, Freeze coached at Liberty for four seasons. His overall college record is 83-43. Note that a number of Freeze’s wins at Ole Miss are vacated in the official records.

While the Ole Miss record of 39-25 might not seem incredible, Freeze has shown a penchant for beating the big boys, most notably Alabama. This is undoubtedly why Auburn was attracted to the prospect of Freeze running the program. The SEC West – heck, the state of Alabama – runs through Nick Saban and the Crimson Tide.

"People have said a lot of things about Hugh Freeze over the years...no one ever said he can't coach football."

Hugh Freeze is being hired at Auburn. As one would expect, the college football media community has a lot to say about the former Ole Miss head coach returning to the SEC.

.@DanWetzel weighing in on the new Auburn head coach:

"People have said a lot of things about Hugh Freeze over the years…no one ever said he can't coach football."

There will be a lot of talk about Hugh Freeze’s missteps at Ole Miss, but everyone has a past. He’s coached in the SEC, recruited in the SEC and won in the SEC. He’s also beaten Nick Saban in back-to-back seasons. In other words, he checks a lot of boxes for @AuburnFootball.

As much grief as I’ve given @AuburnFootball leadership.Not the Institution but it’s influential donors. The @CoachHughFreeze hire is a home run. Pretty simple,they knew Saban wanted him at one point but the timing wasn’t suitable for the @SEC time has passed and he deserves this.

Cadlliac Williams to stay at Auburn

Cadillac Williams will be retained by Auburn as its running backs coach in the wake of the school hiring Hugh Freeze as its new head coach on Monday, according to a report.

Williams coached Auburn to victories over Texas A&M and Western Kentucky, inspiring the Tigers with his demonstrative emotions on the sideline. It was good enough to put some juice into the Auburn program in the final stretch of the season, but it wasn’t good enough to earn Williams the permanent head coaching job.

By hiring Hugh Freeze, Auburn is swinging for the fences in every way 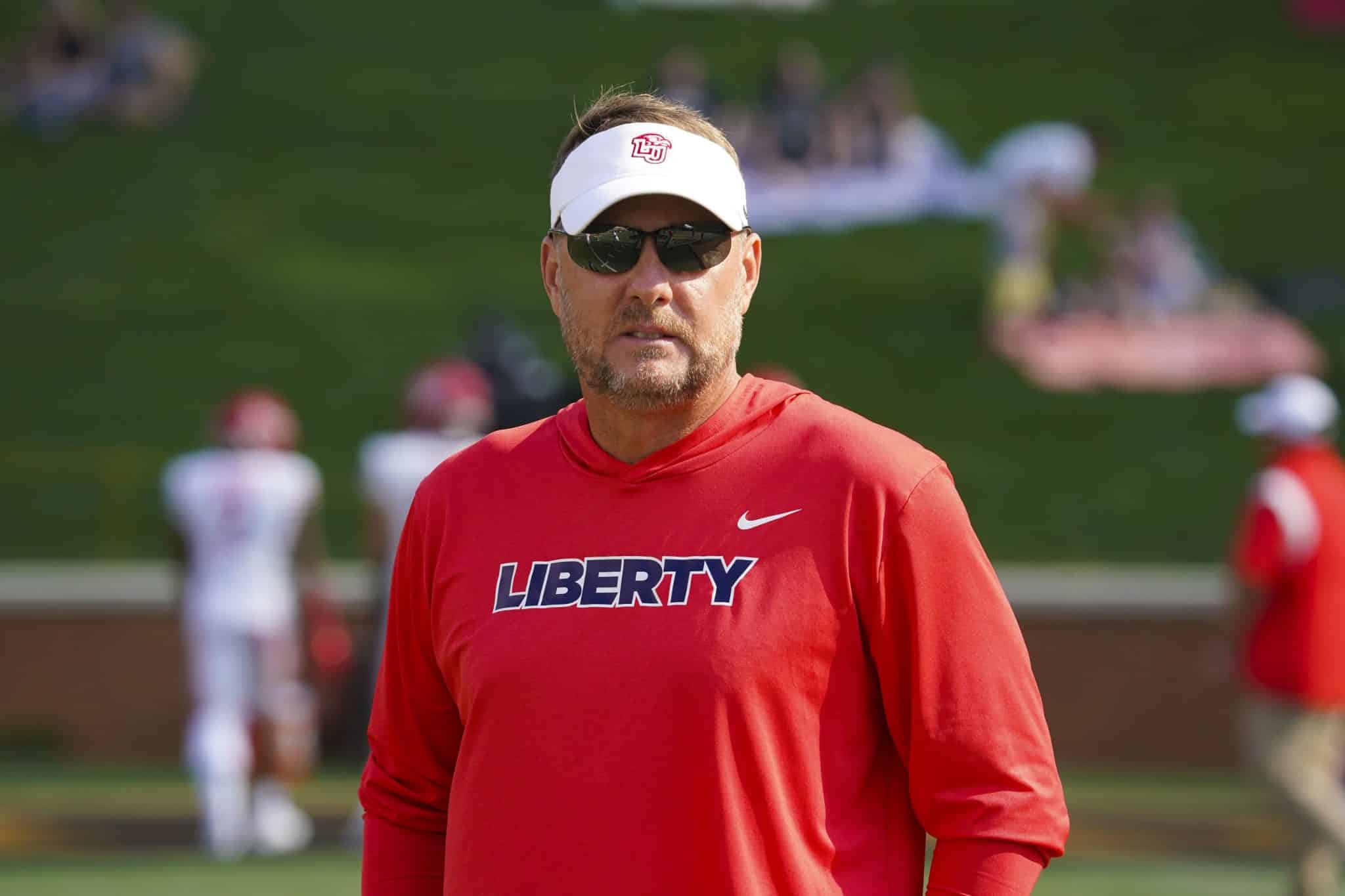 Lane Kiffin wasn’t the guy, so Hugh Freeze is. Finally.

Both moves would’ve been considered a swing for the fences. Will Freeze be a home run? Time will tell.

Freeze already showed that he could succeed in the SEC, and obviously, there’s no bigger feather in a potential Auburn coach’s cap than “I beat Nick Saban twice.” Feathers, experience, offensive prowess … Freeze isn’t lacking.

There’s the other side of this, too. It played out in real-time on Saturday with a viral #AntiFreeze hashtag from the Auburn faithful following reports that Freeze was the top candidate to succeed Harsin. In July, former Liberty student Chelsea Andrews shared that Freeze responded to her post about Liberty athletic director Ian McCaw and sent her an unsolicited direct message that read “You don’t even know Ian McCaw. He is the most Jesus-like leader I have.” Andrews was a plaintiff in a lawsuit against the university for its mishandling of sexual assault cases.

Hugh Freeze will be bought out of his Liberty contract to be named the new head coach at Auburn.

According to Ross Dellenger of Sports Illustrated, Auburn will be paying $3 million to Liberty as part of the contract buyout.

Auburn will owe Liberty around $3 million in buyout for hiring away Hugh Freeze, source tells @SInow

“He’s also good as an underdog,” Quinn said. “You see time and time again, Liberty knocking off top 25 opponents, Power 5 opponents, and he was able to do that during his time at Ole Miss as well. … That’s what this is about, if you’re Auburn and you know you have the Iron Bowl every year, and really, to go through the SEC, it really goes through Alabama, make the case for Georgia, too, but in the SEC West, that’s what this is about bringing in a coach that you feel like gives you a shot versus Alabama when it’s all said and done.”

"That's what this is about, bringing in a coach that you feel like gives you a shot versus Alabama when it's all said and done."@Brady_Quinn on Auburn hiring Hugh Freeze as head coach. pic.twitter.com/M8UWU62KNx

Hugh Freeze is reportedly in for the Auburn head coach job

Auburn has settled on its next head coach and the Tigers are making moves to bring Hugh Freeze back to the SEC.

The Liberty coach, who previously coached at Ole Miss, would return to the SEC, where in 2017 Ole Miss fired him amid NCAA and personal scandal. In 12 years as a college head coach, he’s had one losing season, Ross Dellenger of Sports Illustrated reported.

Freeze would return to the SEC, where in 2017 Ole Miss fired him amid NCAA and personal scandal. In 12 years as a college head coach, he’s had one losing season.

This report is only days after Ole Miss coach Lane Kiffin, who was reportedly the top choice of Auburn, decided to stay in Oxford.