Alabama did not cover in Week 1 of the SEC season at Missouri, but that’s not stopping money coming in on Nick Saban’s Crimson Tide at least one Las Vegas sportsbook for Week 2’s game against Texas A&M.

At William Hill sportsbook, the house is hoping for Jimbo Fisher’s Aggies to cover the spread based on the action so far.

“No doubt that we’ll need Texas A&M big here,” Director of Trading for William Hill US Nick Bogdanovich said. “We opened at 16.5 and it’s gone up by half a point. Alabama could’ve named their score against Missouri, while A&M struggled with the worst team in the SEC in Vandy.”

Alabama came away with a 38-19 win in Columbia, well short of the point spread of 28. Texas A&M is 1-0 after a surprisingly close (17-12) win over a Vanderbilt team not expected to be competitive this season. 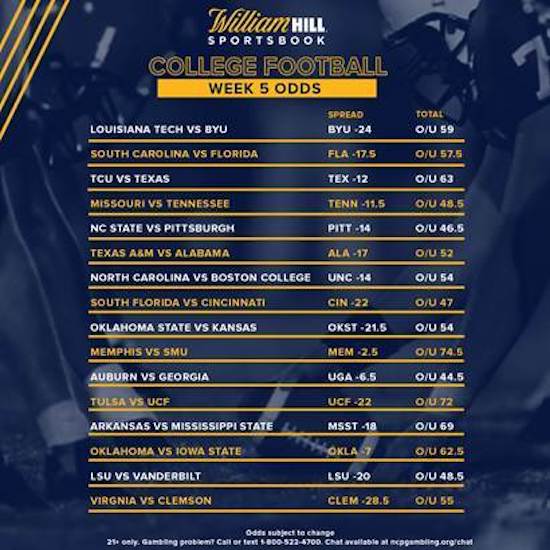