If you missed the news a few weeks back, college football has officially coined its postseason as “Bowl Season” moving forward.

In anticipation of the first-ever officially titled “Bowl Season,” the organization has just released its projections for the upcoming college football postseason.

While there have been several bowl games that have been canceled this season, the SEC still has nearly every postseason option available to it this postseason — the Las Vegas Bowl is the only bowl with an SEC affiliation that does not appear to be on track to play this season — and 11 league teams have been projected to make the postseason here.

The only SEC teams not included are South Carolina, Tennessee, and Vanderbilt.

Here are the “Bowl Season” projections for the other 11 SEC teams heading into this weekend:

Here is the official graphic showing all of the current bowl projections from “Bowl Season” as of Nov. 27: 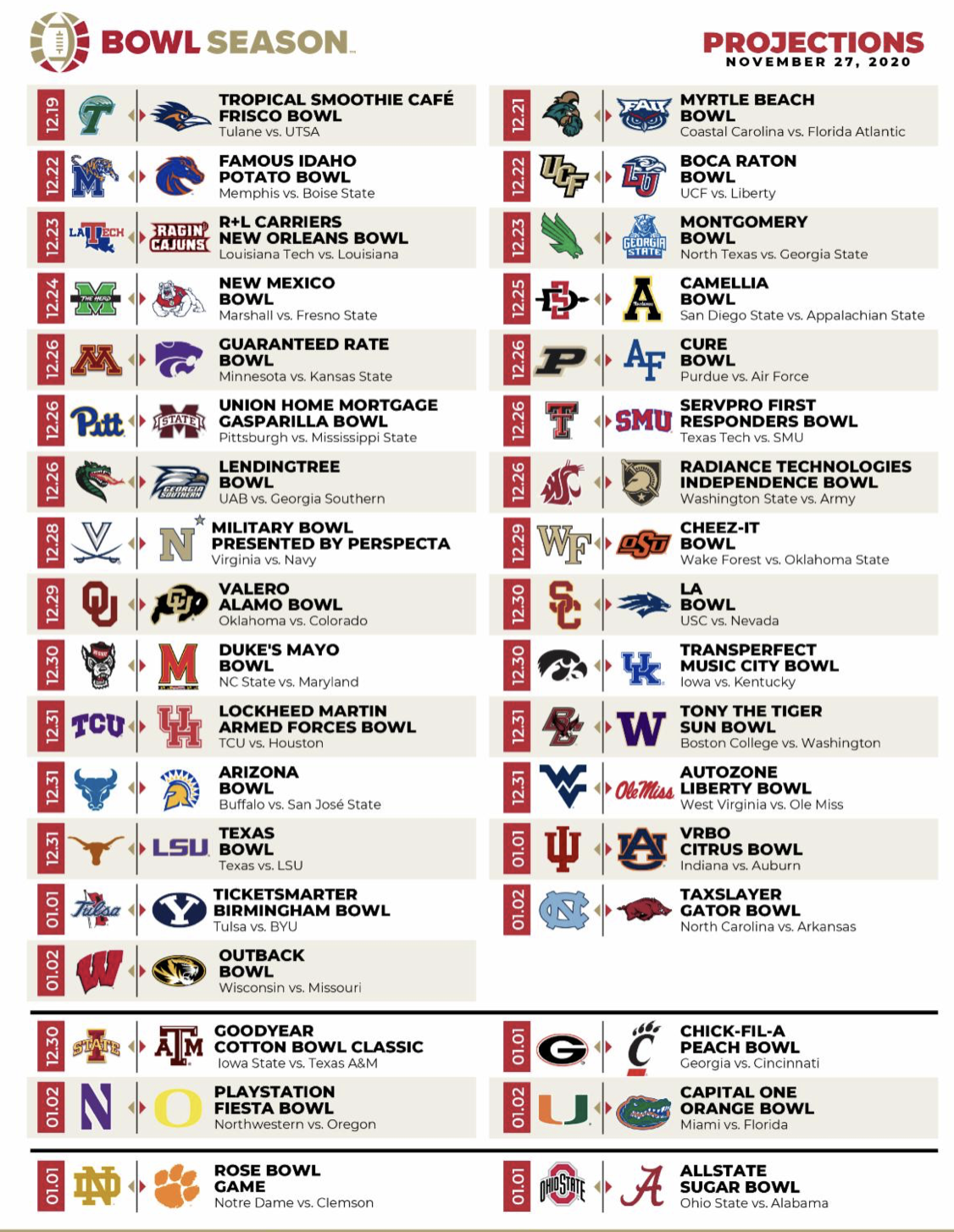