Georgia narrowly edged out Texas A&M in a sports betting site’s ranking of pregame experiences across the SEC.

Bookies.com ranked all of the SEC towns and campuses based on an algorithm that reflected multiple factors.

Georgia topped the list because of its ranking across-the-board and not necessarily because of a single area:

The stadium sits right in the center of the campus and Athens itself displays a level of old school southern charm, even with a team that crushes opponents more often than not. It’s part of why Georgia ranked No. 1 among all SEC pregame locations. Sanford Stadium is a 15-minute walk from the area’s big bar and restaurant scene. Still, the area holds the ultra-rare trait of being not just top five in the tailgating scene and in overall entertainment, but No. 2 in best experiences for those with kids. 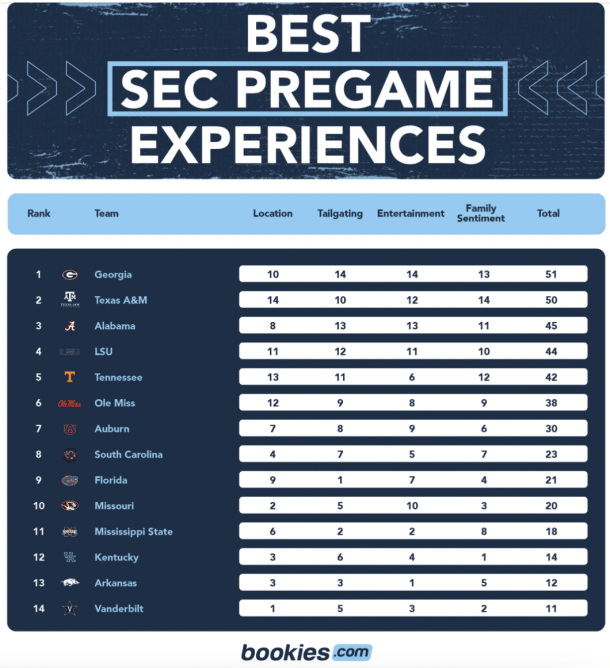