Jay Graham abruptly made the decision to leave Nick Saban’s Alabama coaching staff this week after just two months on the job.

The timing of Graham’s departure was surprising when you consider Alabama just opened spring camp. However, now that the assistant coach has explained his decision, his decision to leave the Crimson Tide makes more sense.

Graham, a former Tennessee running back, most recently coached running backs for the Volunteers but left the program to coach special teams and tight ends for Alabama just two months ago.

Following his departure from Saban’s program, Graham says he needs time away from the game “to seek professional help immediately” to help cope with his mental health.

Here is the statement issued by Graham on Wednesday: 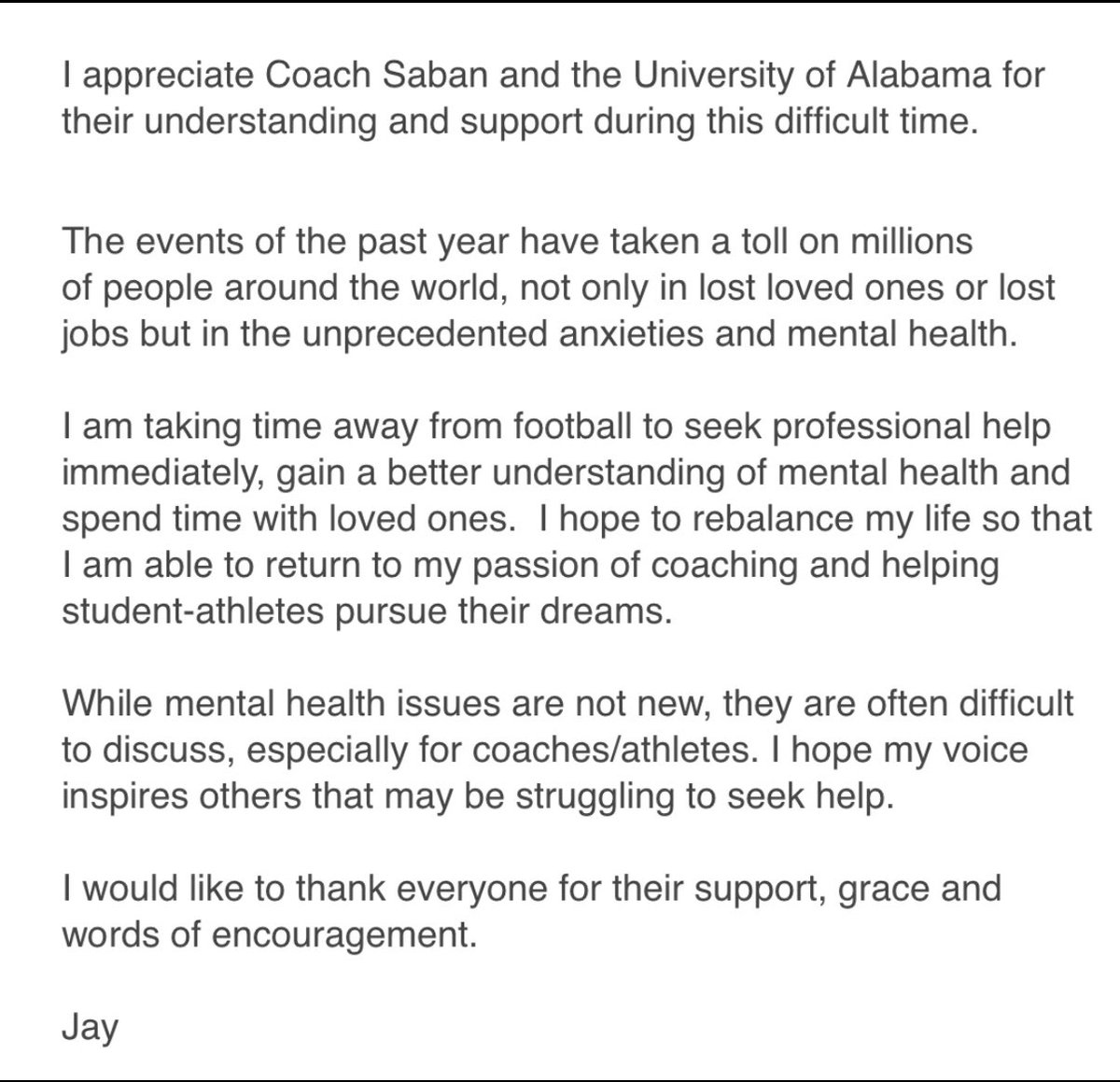