QB Jack Lindsey fits into the latter category, as the redshirt senior quarterback will look to use his final year of eligibility elsewhere.

Below, you can see his post on Twitter where he announced his decision to enter the transfer portal: 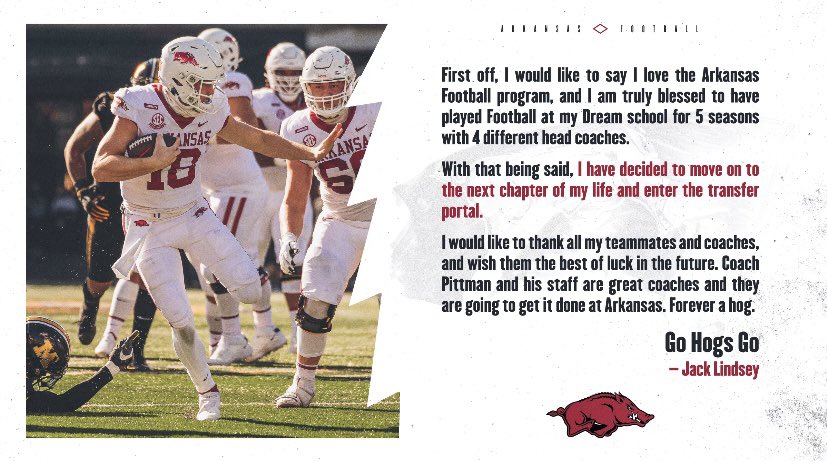 This season, Lindsey only attempted 1 rush for 20 yards. Last year, he started the Razorbacks’ final game of the season against Mizzou, completing 10 of his 26 passes for 75 yards and 2 touchdowns. He also ran 4 times for 50 yards in that game.

That game was coached by interim head coach Barry Lunney Jr., who took over after Chad Morris was fired. Lunney is currently the offensive coordinator at UTSA, so that could be an intriguing option for Lindsey. We’ll see where he ends up next!