Florida takes on Alabama Saturday in Atlanta, but that isn’t stopping some pregame antics from occurring on UF campus in Gainesville.

Alabama fan Tyler Stamm decided to stop by The Swamp and place some Crimson Tide gear on two Florida statues: the bull gator and Heisman Trophy winner Tim Tebow. His tweet got our attention, we’ll see tomorrow if he is successful in getting featured on ESPN College GameDay. 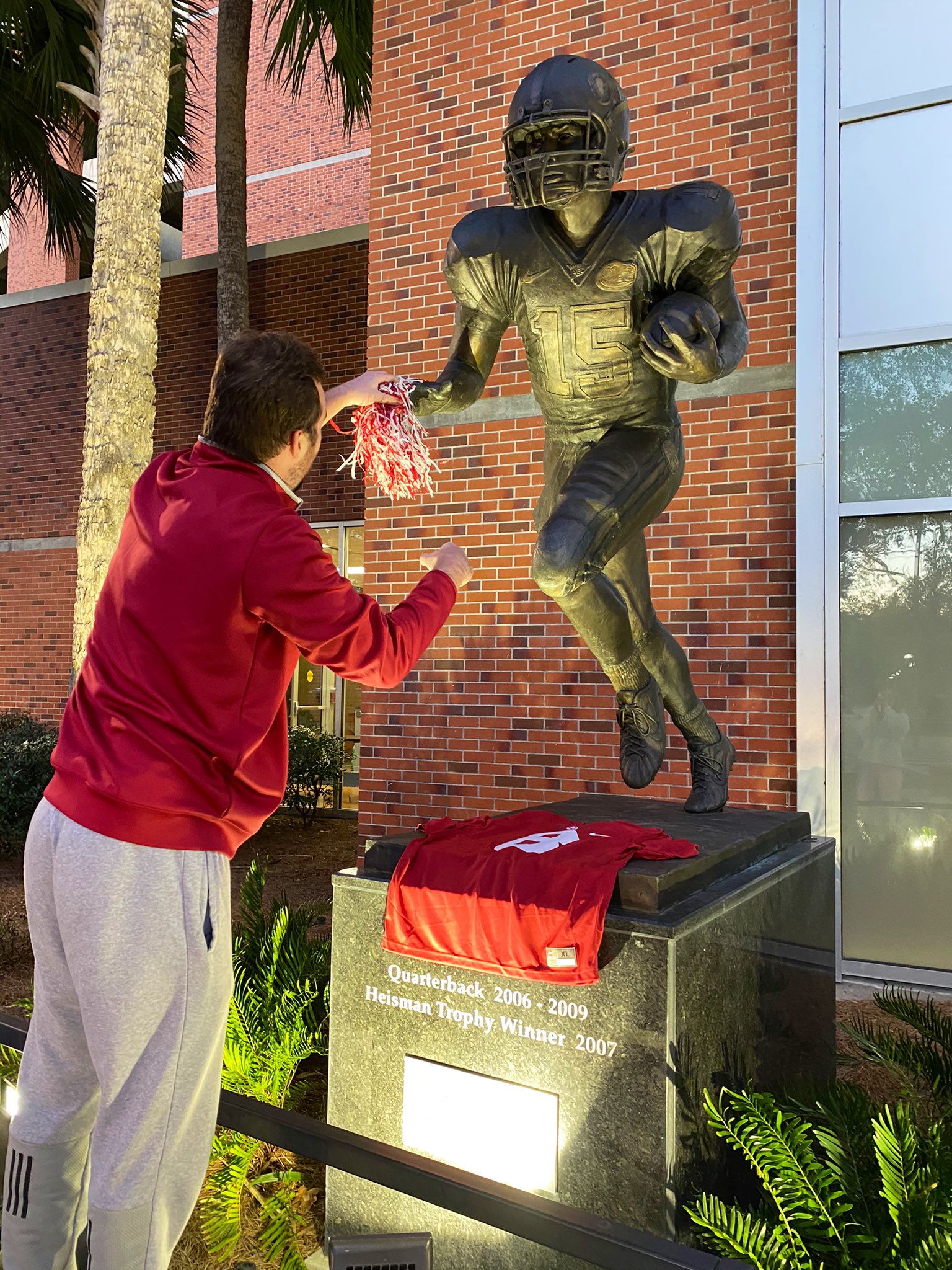 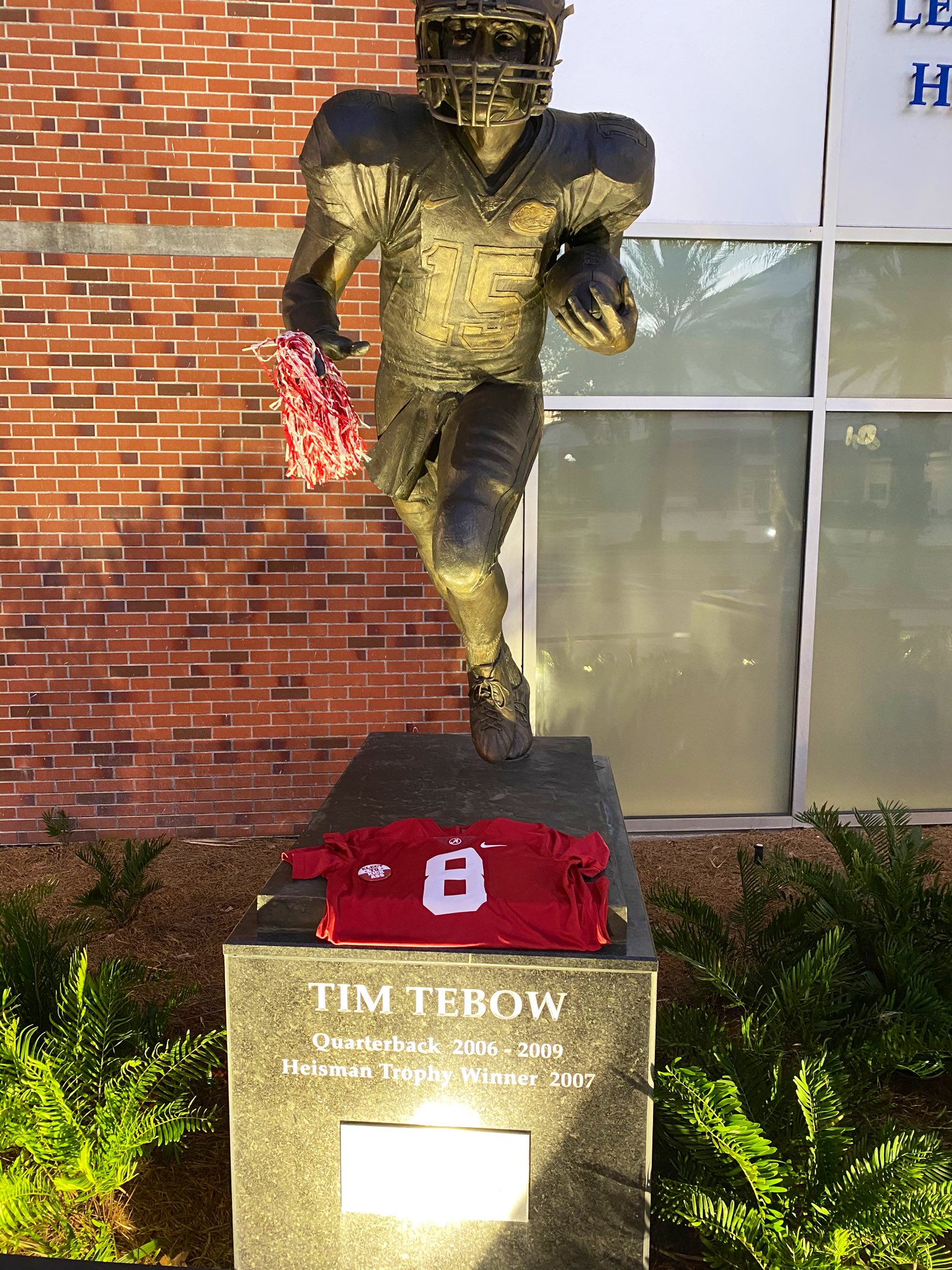 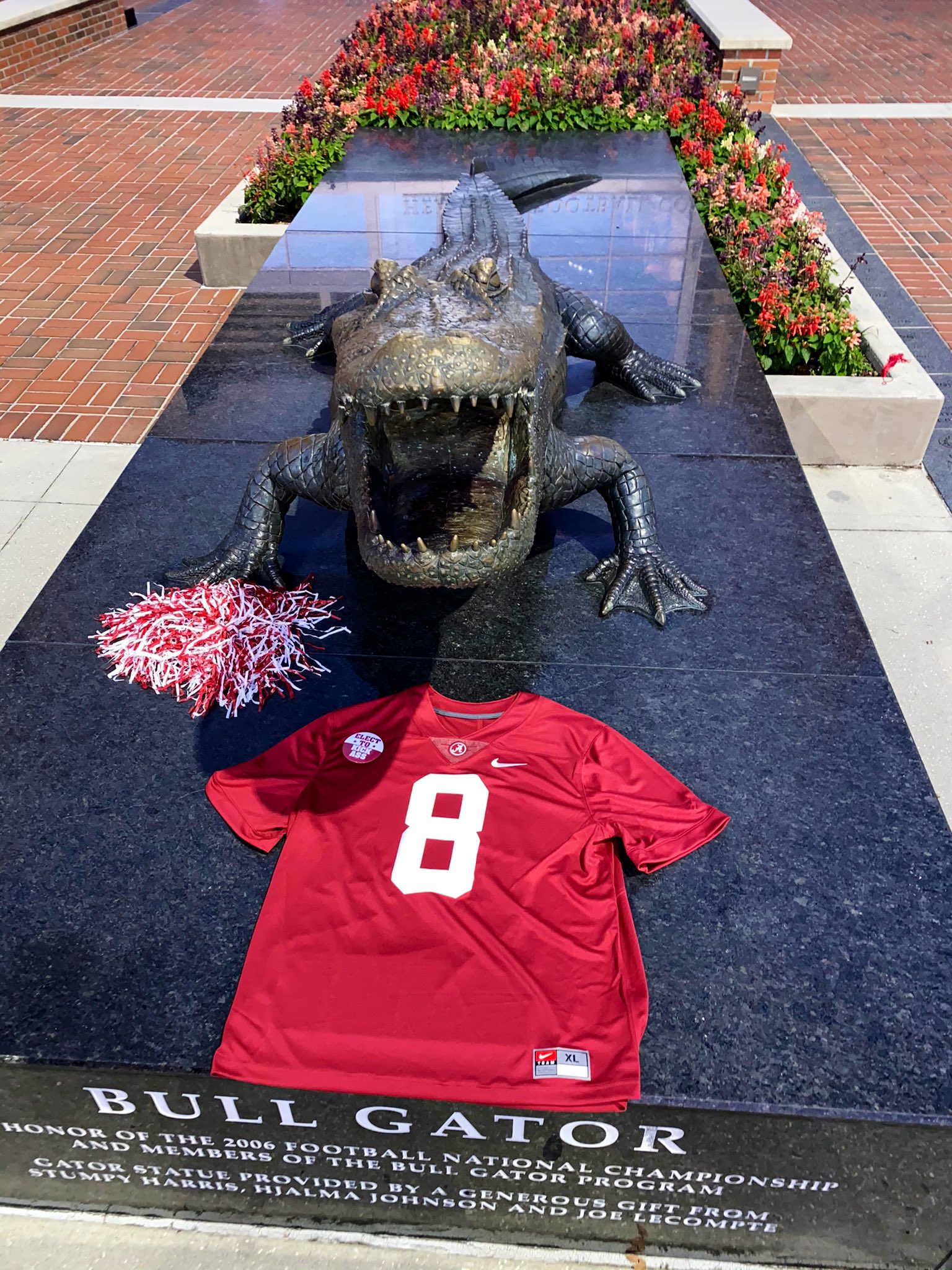 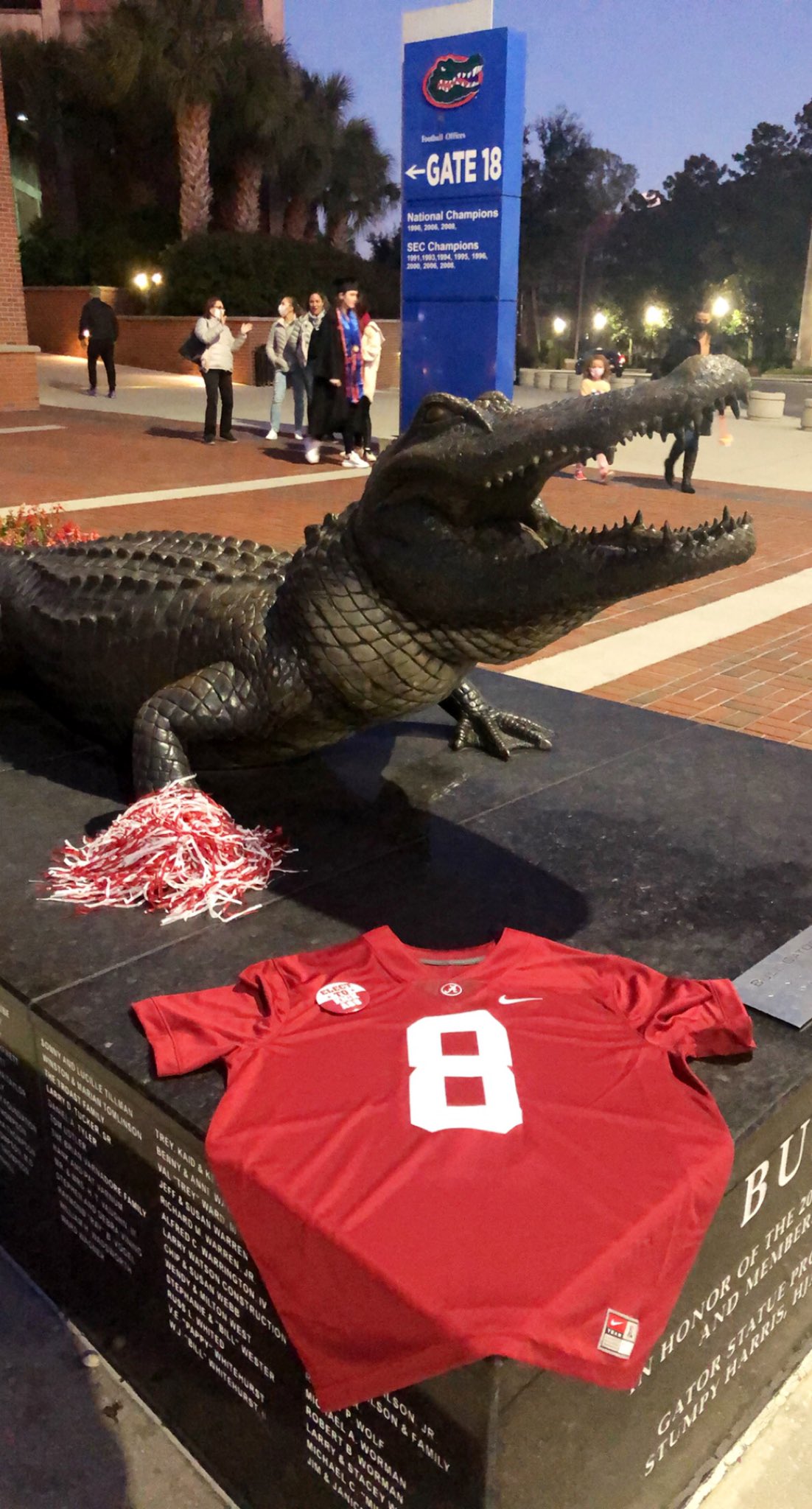 AJ Spurr of Roll Tide Wire spoke to Stamm about his pregame fun. The Sunshine State native said it was aimed at old friends who are now at UF. To their credit, they took his trolling well.

“I’m from south Florida and have a bunch of friends from high school that go to UF so I just did it to mess with them and they all found it hilarious and said I should try to get it on gameday tomorrow,” Stamm said.

In Stamm’s tweeted photos, it also appears there were UF graduates taking their own photos in The Swamp.

Tebow memorably faced Alabama, the runner-up in his recruitment, in back-to-back SEC Championship Games, going 1-1. The winner of those 2008 and 2009 games went on to win BCS national titles.