Despite being eliminated from the College Football Playoff after a loss in the SEC Championship Game to LSU, the No. 5 Georgia Bulldogs have found themselves as New Year’s Six participants for the third straight year. And for the second straight year, their destination will be the Sugar Bowl in New Orleans as the highest-ranked SEC team not in the four-team Playoff field.

They will face a resurgent Baylor Bears program that is coming off a close defeat to Oklahoma in the Big 12 Championship Game. The Bulldogs are 4-0 against the Bears, with the teams last facing off in 1989.

Here are five things you need to know about Matt Rhule’s team:

How they got here

The No. 8 Bears are one of the country’s great turnaround stories. They finished 1-11 just two seasons ago before posting an 11-2 mark and a second-place finish in the Big 12 this year, tied for the most wins in program history. With a possible spot in the CFP on the line, they faced Oklahoma in the conference championship game but lost in overtime, 30-23.

This is Baylor’s second straight bowl: It defeated Vanderbilt 45-38 in last year’s Texas Bowl. It is in its second New Year’s bowl since the Playoff format began in 2014, with its Cotton Bowl Classic appearance that season ending in a last-second 42-41 loss to Michigan State.

Baylor’s quarterback situation may be a little in flux heading into the Sugar Bowl. Junior quarterback Charlie Brewer, who sustained an apparent head injury on Saturday, was lifted for Gerry Bohanon, who in turn was lifted for true freshman Jacob Zeno.

Ideally, the Bears would love to have Brewer healthy, and they have a few weeks for him to get better for a potential start. He has thrown a career-high 20 touchdowns, just 6 interceptions and nearly 3,000 yards while adding 10 more touchdowns on the ground. 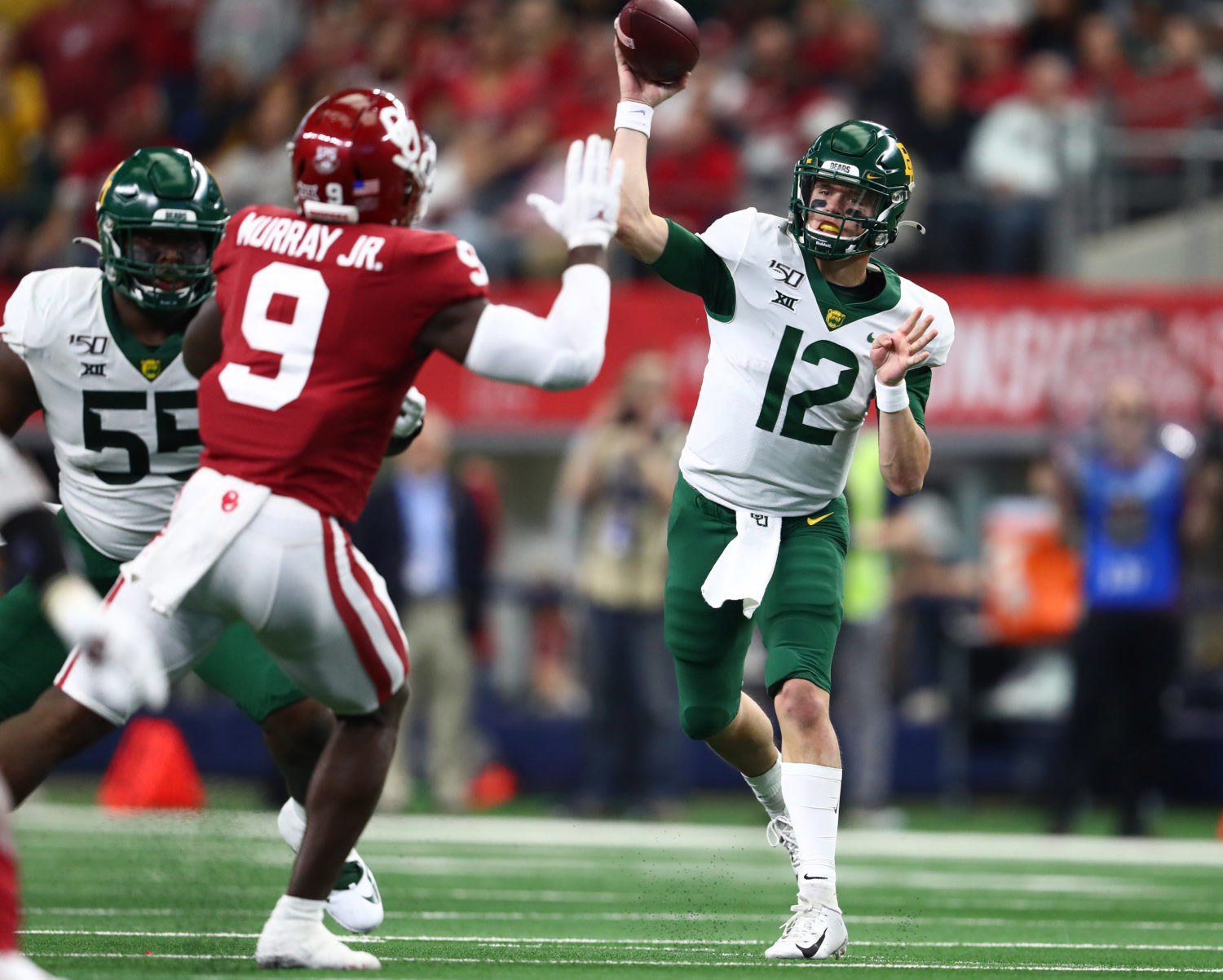 Charlie Brewer has thrown for 20 TDs and rushed for 10 but left the Big 12 Championship Game with an injury. Photo by: Matthew Emmons-USA TODAY Sports

It won’t be anything like the offense they faced on Saturday against LSU, but the Bulldogs will face another team that’s pretty adept at moving the football and scoring. Baylor is 17th in FBS with 35.2 points per game, and while Brewer is knocking on the door of 3,000 passing yards, the Bears have a pair of running backs it can utilize in John Lovett and JaMycal Hasty. The duo has combined for 201 carries, 1,251 yards and 12 touchdowns but was held to just 31 yards on 6 carries in the Big 12 title game.

In the receiving game, the name to watch is Denzel Mims, who has 61 catches for 945 yards and 11 touchdowns but was completely shut down by the Sooners defense on Saturday as he was held without a catch. Still, he, along with another key receiver in Tyquan Thornton (41 catches, 744 yards, 5 touchdowns) will be a test for the Georgia secondary. 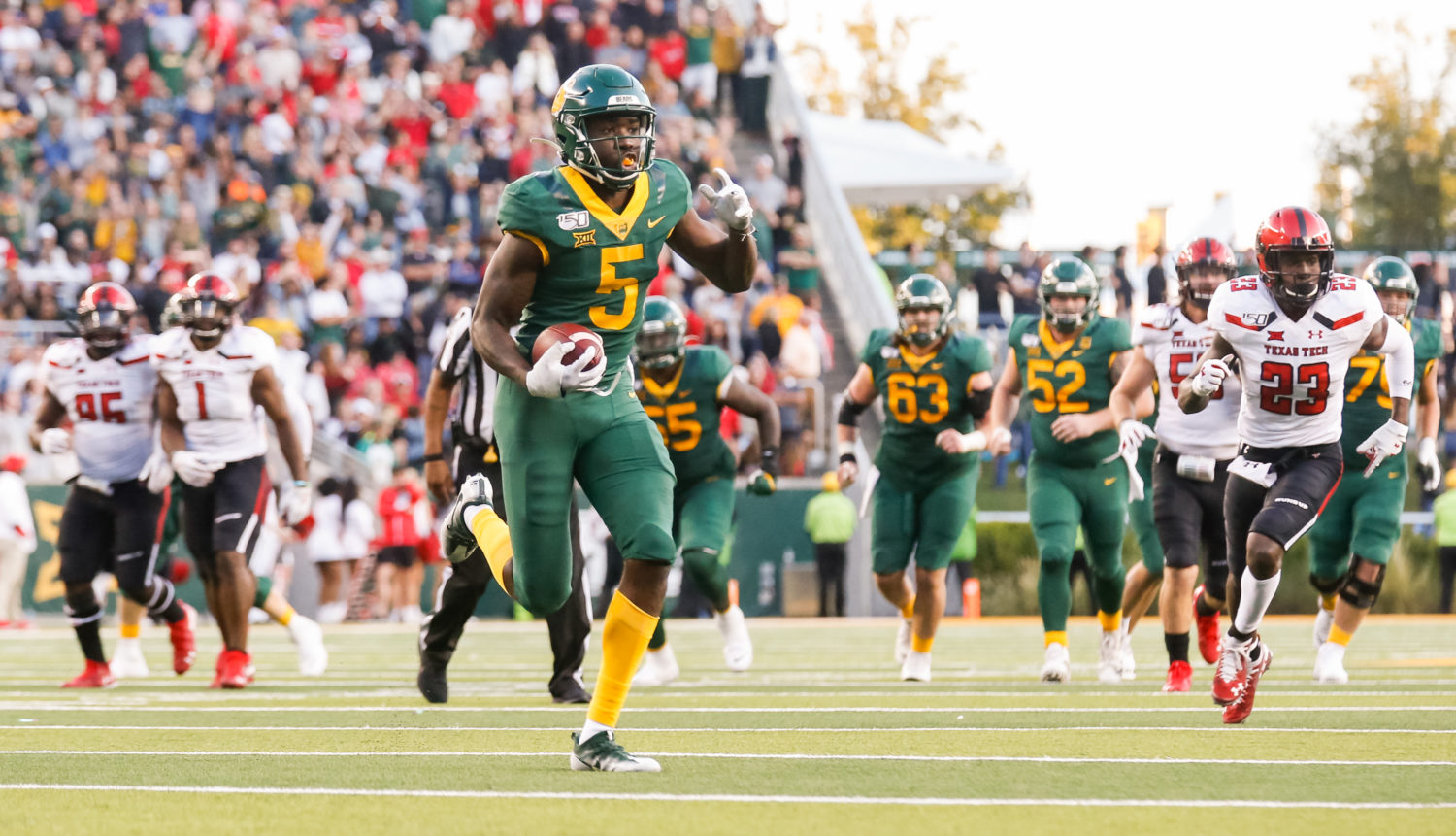 Even if the Dawgs can shut Lovett and Hasty down, that opens the door for the Bears to attack through the air, which puts the ball in the court of a Georgia secondary that got all it could handle from LSU in the SEC Championship Game.

Baylor can put up points, but it can also hold teams off the scoreboard when it wants to, coming in at No. 16 in the country in scoring defense. Along with that comes a bit of a caveat: It has yielded 15 rushing touchdowns and an average of 143.8 yards on the ground per game.

The Bears feature one of the best pass rushers in the country in junior James Lynch, the Big 12 defensive player of the year, who has 12.5 sacks this season. In the secondary, redshirt junior Grayland Arnold leads the team with 6 interceptions, while redshirt sophomore Terrel Bernard leads the linebacker corps with 107 tackles, 4.5 sacks, an interception and 3 fumble recoveries. Up front, the Dawgs will have to contend with Bravvion Roy, who has 12 tackles for loss and 4.5 sacks to his credit. 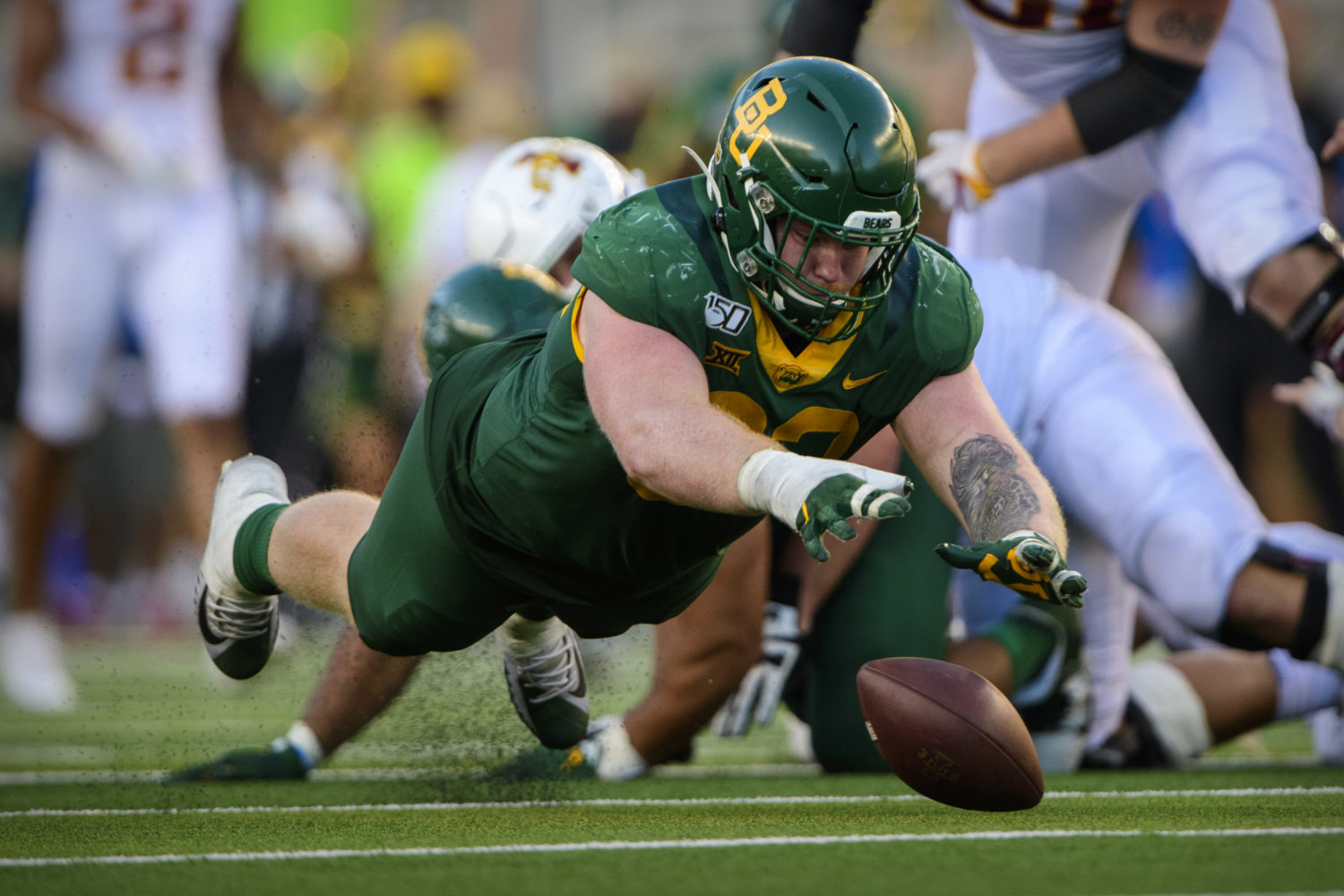 As mentioned, the uncertainty over Baylor’s quarterback could be something to keep an eye on. While Bohanon did take over for Brewer when Brewer was injured, Rhule made the call to remove Bohanon in favor of Zeno in order to provide a spark. But if Brewer is not available for the Sugar Bowl and Bohanon struggles, will Zeno be asked to step in once more?

And while they haven’t given up massive yards on the ground, the Bears allowed a pair of 200-plus-yard games against Oklahoma State and Oklahoma in the regular season. Whether it’s D’Andre Swift, Zamir White, James Cook or someone else running the ball for Georgia, it might have a shot at rolling up some offense on the ground to take some of the pressure off Jake Fromm.