Georgia's Solomon Kindley announces his plans for the 2020 season

Georgia recently received commitments for the 2020 season from defenders Richard LeCounte, Malik Herring and Eric Stokes but the Bulldog offense hasn’t been as fortunate this offseason as Andrew Thomas, Isaiah Wilson and D’Andre Swift have all declared early for the 2020 NFL Draft.

Now we can add another Bulldog on offense to the declared list as offensive lineman Solomon Kindley announced he too will be leaving school early for the 2020 NFL Draft on Tuesday.

Kindley appeared in 13 games for the Bulldogs this season, making 11 starts and was named a co-winner of Offensive “Up Front” award during the team’s postseason Gala event.

While the Bulldogs still have plenty of talent remaining on its offensive line, the offensive line quickly went from the strength of Kirby Smart’s Georgia program to arguably a question mark given how many departing starters are leaving Athens and Matt Luke taking over the coaching duties following Sam Pittman’s departure.

Based on what we saw from Luke and the offensive line in the latest Sugar Bowl, the unit should be fine but it’s still a situation worth monitoring heading into the spring. 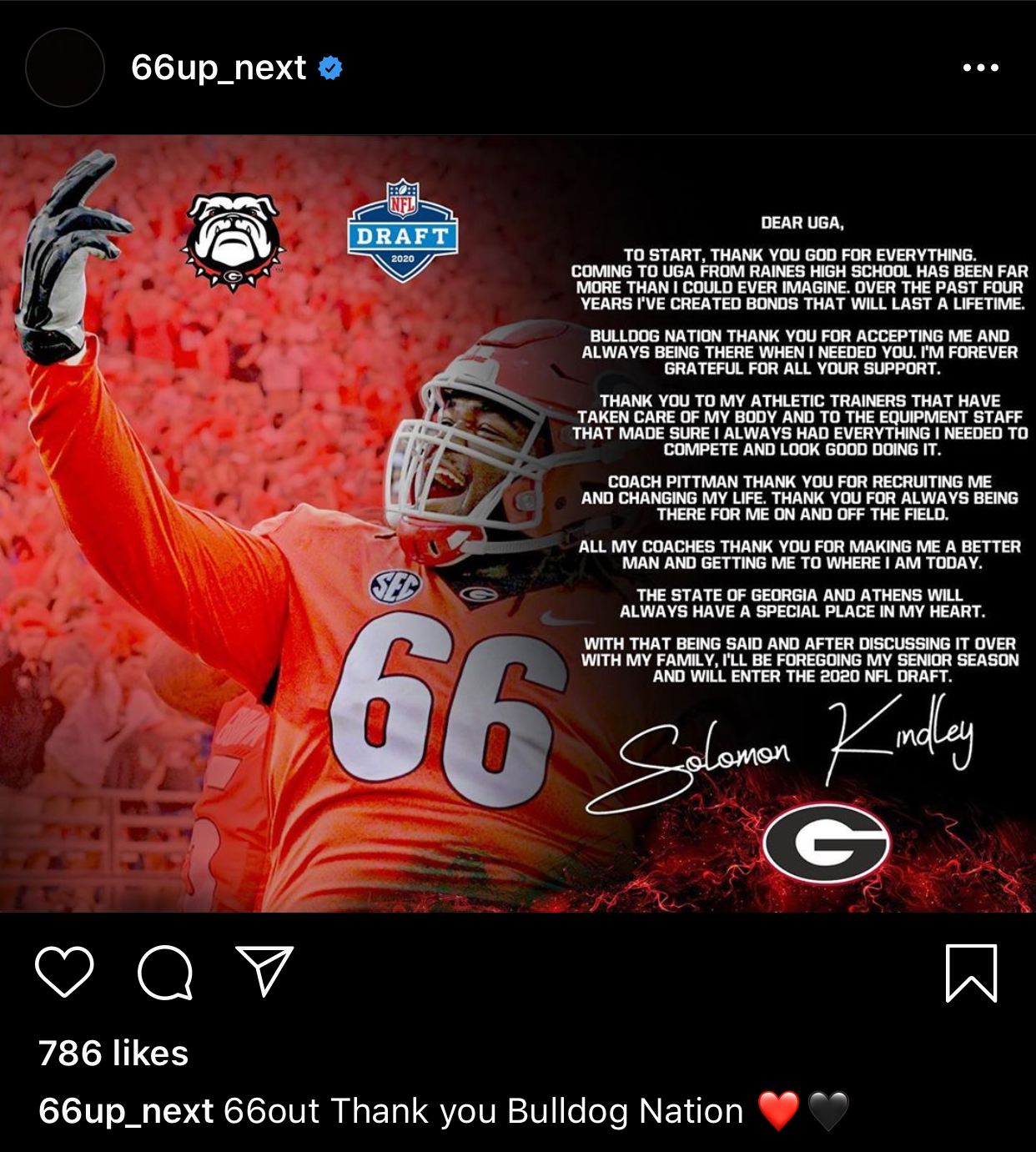