The Gamecocks enter Week 2 facing their second consecutive SEC opponent on the road.

South Carolina beat expectations by coming back to beat Vanderbilt on Thursday night. On Saturday in Starkville, Mississippi State fell asleep and allowed South Alabama to come back and take the lead before the Bulldogs missed the game-winning field goal as time expired.

Both teams did not earn much respect or attention from the media in the offseason and are not expected to be in serious contention for their respective division races. However, this game brings long-term implications.

If South Carolina locks up two SEC wins early in the season, it eases pressure and starts thinking about bowl eligibility. For Mississippi State, although dropping a game to South Alabama is never great, it doesn’t hurt in the same way as losing to a team many think could be the worst in the conference at home.

These are the important advantages each team ought to have on Saturday:

WHEN MISSISSIPPI STATE HAS THE BALL

Mississippi State Rushing vs. South Carolina Run Defense
Last week, Vanderbilt put together a decent running attack against South Carolina with two rushers averaging more than four yards per carry on 20 and 15 carries, respectively. This week, the Gamecocks will face an MSU team that also runs by committee but adds an element with the quarterback. The Bulldogs ran the ball 34 times for 239 yards in the opener. Bulldogs QB Damian Williams led the way with 12 carries for 93 yards, followed by Brandon Holloway, who carried 11 times for 48 yards. 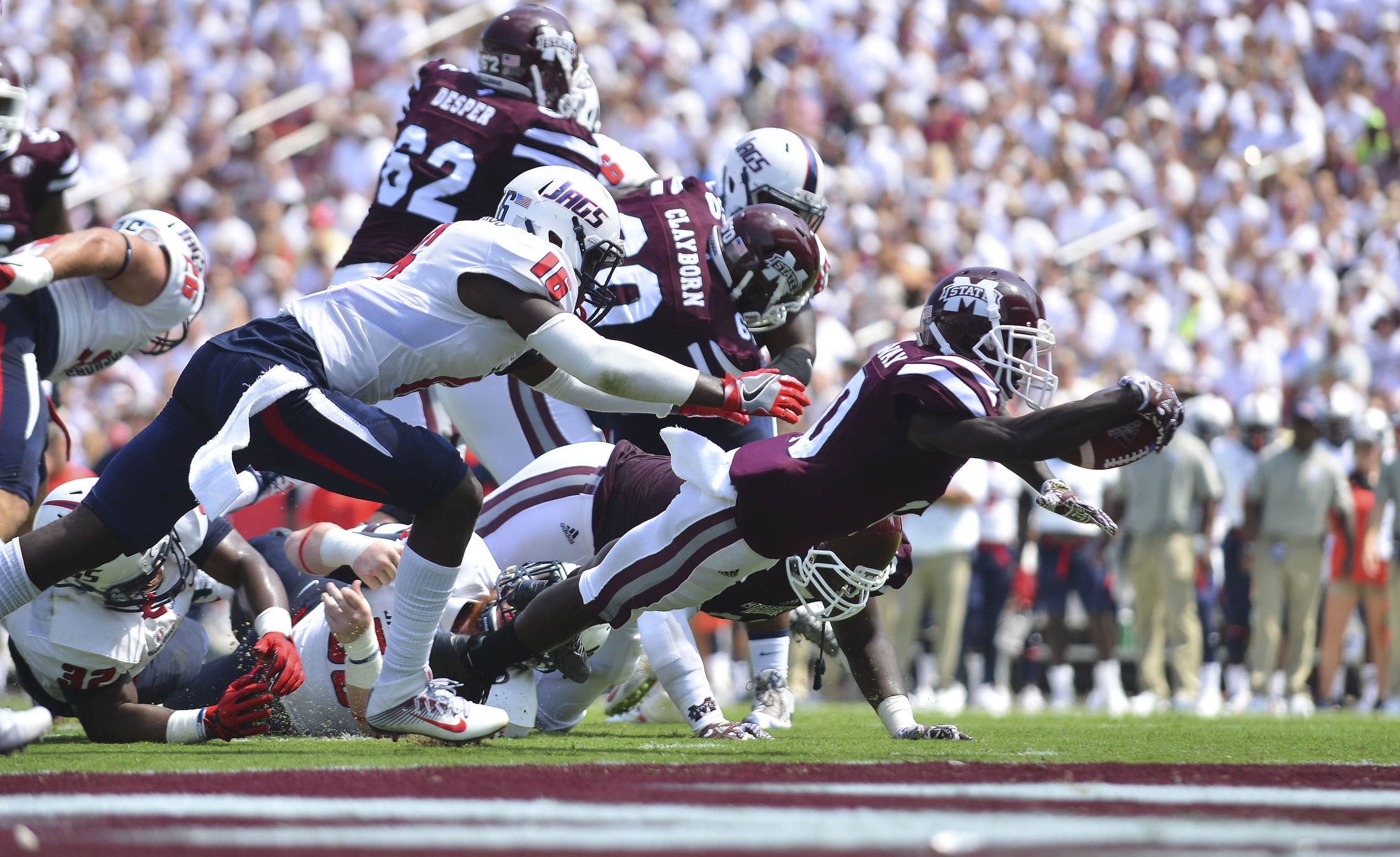 Five other players ran the ball 10 times for 100 yards. However, the by-committee attack will not phase the Muschamp defense that gave up a handful of big plays but avoided the home runs against Vanderbilt. Muschamp teams notoriously play downhill.

Mississippi State Passing vs. South Carolina Coverage
Wide receiver Fred Ross could be Mississippi State’s best returning player; something the entire conference knows. Make no mistake, Ross will get open between five and 10 times per game and will be fairly reliable.

However, with everyone focusing on Ross, the door for other playmakers swings wide open. In Week 1, Ross, Brandon Holloway, Donald Gray and Deddrick Thomas all broke free for receptions longer than 10 yards. Meanwhile, South Carolina gave up passes longer than 10 yards on multiple occasions and to receivers who are not quite as talented as Ross and Gray.

WHEN SOUTH CAROLINA HAS THE BALL

South Carolina Rushing vs. Mississippi State Run Defense
This matchup will be the most important of the contest for either squad. Mississippi State will want the young receivers and quarterback to be forced to throw while South Carolina will want to control the clock and field as well as neutralize the crowd with the running attack. Redshirt freshman A.J. Turner resembles that style with a little more power than previously seen. 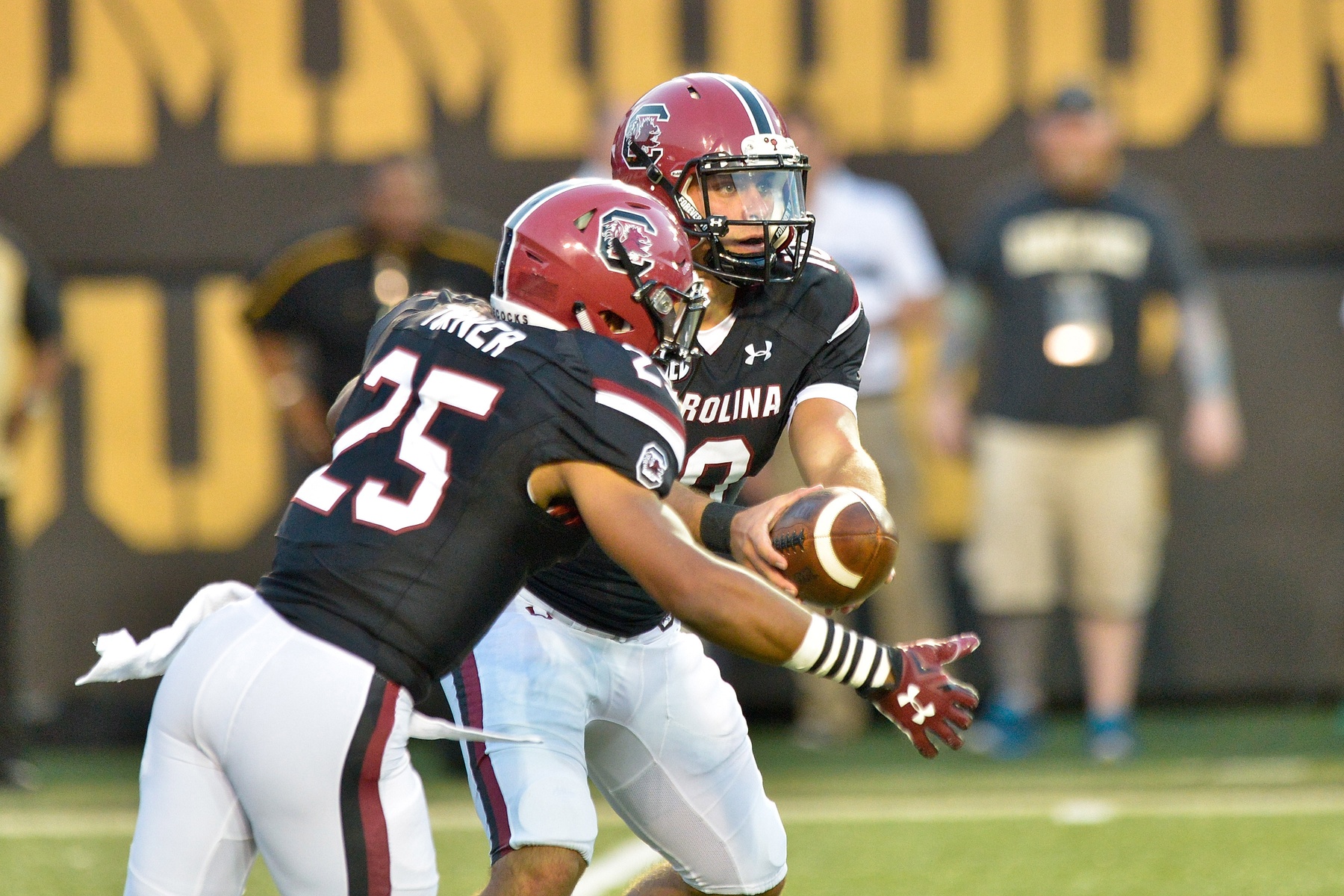 The Gamecocks also use QB Brandon McIlwain as a change-of-pace in the rushing attack. Muschamp named Perry Orth the starter this week. Still, expect McIlwain to see the field and run the ball. The Bulldogs gave up 94 yards on the ground in 29 carries to South Alabama, which included 23 yards by QB Dallas Davis on 9 carries. With a two-headed attack, South Carolina will have the opportunities.

Despite his big-play ability, Edwards, like many of the players South Carolina relies on, is a freshman and has never played in front of a real hostile crowd (South Carolina fans outnumbered Vanderbilt fans in Nashville for large portions of the contest), much less dealt with the uniqueness that accompanies 50,000 cowbells. The chemistry between receiver and passer takes time, and with a system that uses two passers in that hostile environment, errors that didn’t appear last week could happen this week. Plus, on the road, expect the Gamecocks to commit to running the ball.