Mizzou could be adding some help in the secondary.

On Sunday, Tulsa transfer defensive back Akayleb Evans placed the Tigers in his top five along with Jackson State, Notre Dame, Texas and Texas Tech.

Out of McKinney (Texas), Evans joined the Tulsa program in 2017. He played in 30 games over four seasons, missing most of 2019 due to injury. Due to the season missed to injury, Evans has two seasons of eligibility remaining. Last season, Evans had 29 tackles, including one for loss, 3 passes defended and a forced fumble.

Evans entered the portal as a graduate transfer on May 11.

If Evans wants to play for a familiar face, MU will have an advantage. Eli Drinkwitz added former Tulsa defensive backs coach Aaron Fletcher to his coaching staff in February. 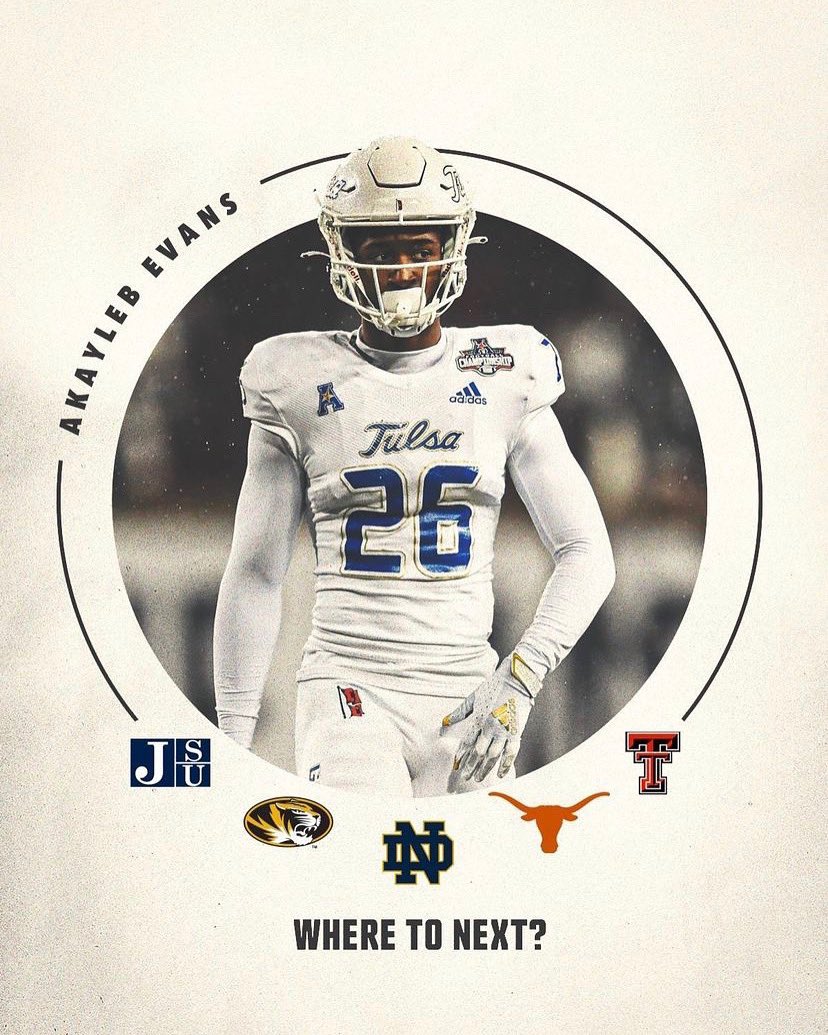