Staying on the Lane Train: Another Ole Miss senior announces return for 2021 season

Just when it looked like Ole Miss couldn’t possibly gain any additional momentum heading into the 2021 season, senior defensive back Jaylon Jones has announced he will be returning to Oxford for a sixth season with the Rebels.

During his five seasons on the field for Ole Miss, Jones has racked up 127 tackles, with 15 passes defended and two forced fumbles.

The senior defensive back is joined by fellow senior defenders Sam Williams, Tariqious Tisdale and Lakia Henry as players set to take advantage of the free season of eligibility.

All returning seniors won’t count the 85-man scholarship limit, meaning these returns are nothing but an all-around bonus for the Ole Miss program.

Jones was the 2020 recipient of the Chucky Mullins Courage Award, which is given out to select players in Oxford to honor the memory of the former Rebel defensive back. The winner of the award gets to wear No. 38 for the Rebels.

After appearing in just four games this fall due to injuries, Jones will now have the opportunity to end his college career on a high note in 2021 as a member of Ole Miss’ improving defensive unit. 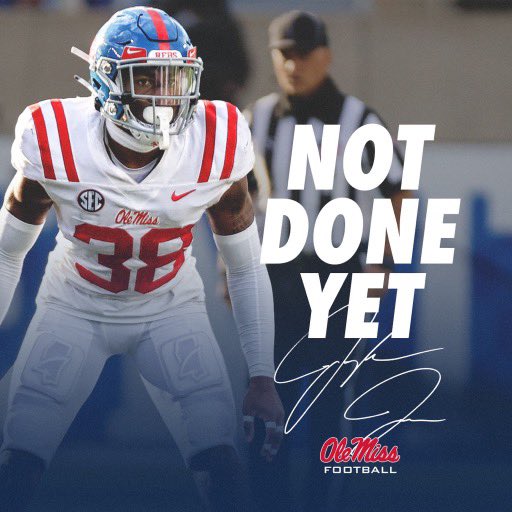