Making predictions has never been my favorite part of the job. Nobody cares when you’re right, and everybody remembers when you’re wrong.

But that month and a half between Media Days and the start of the regular season seems like an eternity, both for fans and columnists alike. Readers are hungry for content, so writers are constantly cooking up picks.

The preseason-prognostication game is an imperfect science, though. Look at the Heisman Trophy race, for example. The SEC’s presumed best candidate, and rightfully so, was LSU tailback Leonard Fournette. He’s been injured, and even when he has played, he isn’t running the ball with the same explosiveness we saw a year ago.

Tennessee and Alabama were the majority choices to win the East and West, respectively. While the Volunteers and Crimson Tide are indeed atop their respective divisions, few people had Texas A&M unbeaten through six games.

Some of my predictions are holding up just fine, thank you. On the other hand, these five have blown up in my face already.

1. Arkansas was taking a step back at quarterback

The Razorbacks featured Brandon Allen at the game’s most important position in 2015, and he was the most experienced QB in the SEC.

Taking over under center was his little brother, Austin Allen. Because the younger sibling was yet to throw a pass that mattered three seasons into his collegiate career, it was safe to assume that the Hogs were downgrading a bit.

Instead, Allen has been arguably the best signal caller in the conference. Even coming off a 3-interception performance against No. 1 Alabama in Week 6, Allen is second to Chad Kelly of Ole Miss with a 158.1 passer efficiency rating. He leads the league with 15 touchdown passes, too.

Beyond the numbers, Allen has played with the savvy of a much more battle-tested QB. He throws the ball with incredible touch and accuracy, plus he’s not afraid to step up in the pocket with pass rushers in his face.

Arkansas is weaker along the offensive line in 2016 than a year ago, but Allen has proven to be tough as nails taking hit after hit.

2. Florida is going to miss all those draft picks on D

The Gators were fourth in the SEC last season in total defense and scoring defense, but some key contributors departed.

Jonathan Bullard, Vernon Hargreaves, Alex McCalister, Antonio Morrison and Keanu Neal all heard their names called in the NFL Draft, with Hargreaves and Neal going in Round 1. That’s a lot of ability gone from Gainesville.

Nevertheless, UF is every bit as good defensively and maybe even better, as this year’s unit surrenders fewer yards (229.8) and points (11.6) per game than any team in the conference. Bullard and McCalister were the top pass rushers in 2015, yet only Alabama averages more sacks per game (4) than Florida (3.8). 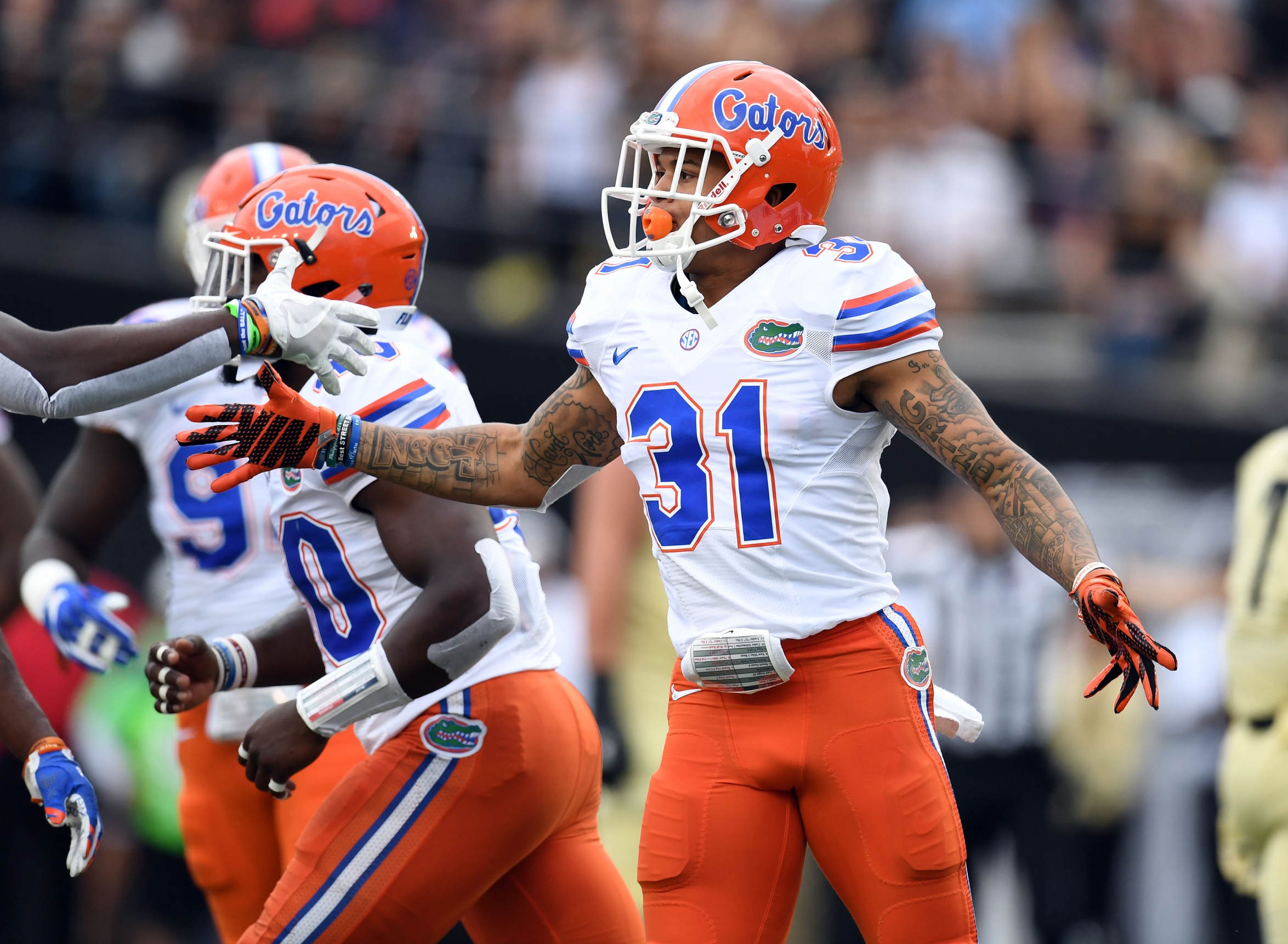 The Gators also remain strong in the secondary, as cornerbacks Teez Tabor and Quincy Wilson have combined for 5 interceptions. Even with Hargreaves now making millions, they are No. 1 in the league defending the pass.

UF is getting production up and down the roster. Five different players have multiple sacks. Five more have recorded an INT.

3. Tennessee would have a dominant running game again

The Volunteers averaged 223.7 yards per game on the ground last season, which was second only to LSU and the aforementioned Fournette.

A case was made that UT had the premier backfield in the SEC for 2016. Tailbacks Jalen Hurd and Alvin Kamara form a perfect thunder-and-lighting duo, plus quarterback Joshua Dobbs is quite the gifted runner himself.

However, halfway through what has been a brutal schedule, the Vols are only seventh in the conference running the ball at 192.5 yards per game. Their yards-per-carry average has dipped from 4.7 a year ago to 4.3 this season. Hurd in particular is nowhere near the same level of productivity and doesn’t look right.

An offensive line that has been injured and reshuffled is largely to blame. Additionally, all those second-half deficits have forced Dobbs to take to the air more often. Still, the difference has been noticeable.

Kamara might be the better back right now. With Hurd unavailable in Week 6, Kamara posted 288 yards from scrimmage and 3 total TDs.

4. Kentucky is closing the talent gap in the East

Back at Media Days in July, the only programs given a chance to compete in the SEC East were Florida, Georgia and Tennessee.

That being said, if there was a sneaky team capable of making the blue bloods nervous, my money was on Kentucky. Fourth-year coach Mark Stoops had put together some respectable recruiting classes and played the Gators tough lately. 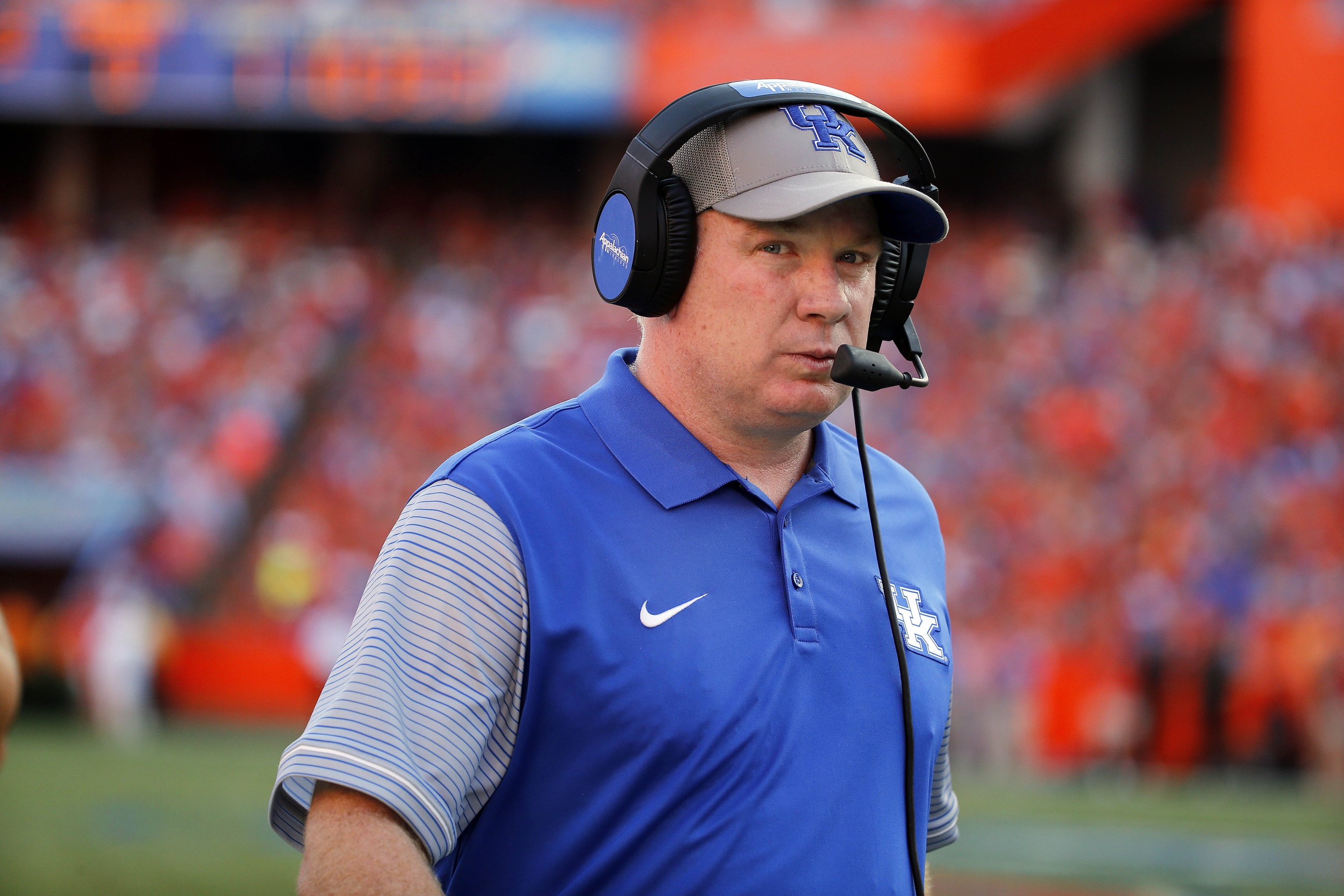 Then the season started. The Wildcats blew a 35-10 lead at home to Southern Mississippi in the opener. Next was a road trip to Gainesville. They had lost their previous two to UF by a combined 11 points and actually could have won both games. But this time they were blown off the field and essentially quit in a 45-7 embarrassment.

UK has rebounded to win three of its past four, although the squads defeated (New Mexico State, South Carolina and Vanderbilt) are a combined 6-11. The ‘Cats have five SEC matchups left and will be underdogs in all of them.

There isn’t a coach in the conference sitting on a hotter seat these days than Stoops. He hasn’t made much progress in Lexington.

5. It doesn’t matter who plays quarterback for Alabama

I wrote most of last season that Jake Coker would keep the Crimson Tide from winning a national title. He simply didn’t impress me.

Well, ‘Bama did manage to win its fourth championship in seven years. Coker played out of his mind throughout the College Football Playoff, too. My takeaway? Just about anyone would have success surrounded by all those five-star recruits.

Four QBs got first-team reps during fall camp for coach Nick Saban, who kept a lid on the details of the competition. When the campaign initially began in Arlington against USC, it was redshirt freshman Blake Barnett getting the start. He looked lost, though. The Tide even trailed 3-0 after the first quarter.

Enter true freshman Jalen Hurts, who was largely responsible for turning that 3-0 deficit to the Trojans into a 52-6 massacre. The rotation with Barnett quickly ended, as Hurts was clearly a difference maker under center.

Quarterback is the most important position on the field for a reason. With Hurts, Alabama is arguably scarier than ever.