Among SEC players who left early for NFL Draft, just as many failures as successes

A total of 97 players left school early to declare for the NFL Draft this April, and 25 came from the best conference in America.

Six of them made a very wise choice and were selected in Round 1, so they will soon sign lucrative four-year contracts with a fifth-year option. If you’re a first-round pick, there’s clearly little left to do in college.

That being said, almost as many early entries from the SEC didn’t hear their names called at all in Philadelphia over the course of three days.

As a result, they’ll be forced to try to catch on with teams as undrafted free agents. Not only is it now that much tougher for them to actually make a roster, but franchises won’t have any real motivation to make significant investments in them from a financial perspective. Those NFL riches they dreamed of may never come.

While each player’s individual circumstances are different, some likely would’ve been better off returning to campus.

Stringfellow is dealing with off-the-field baggage, as he was arrested and charged with assault a little more than three years ago when he began his collegiate career at Washington. The personal conduct policy is more important than ever in the NFL, so Stringfellow seemingly wasn’t gifted enough for clubs to risk the red flags. 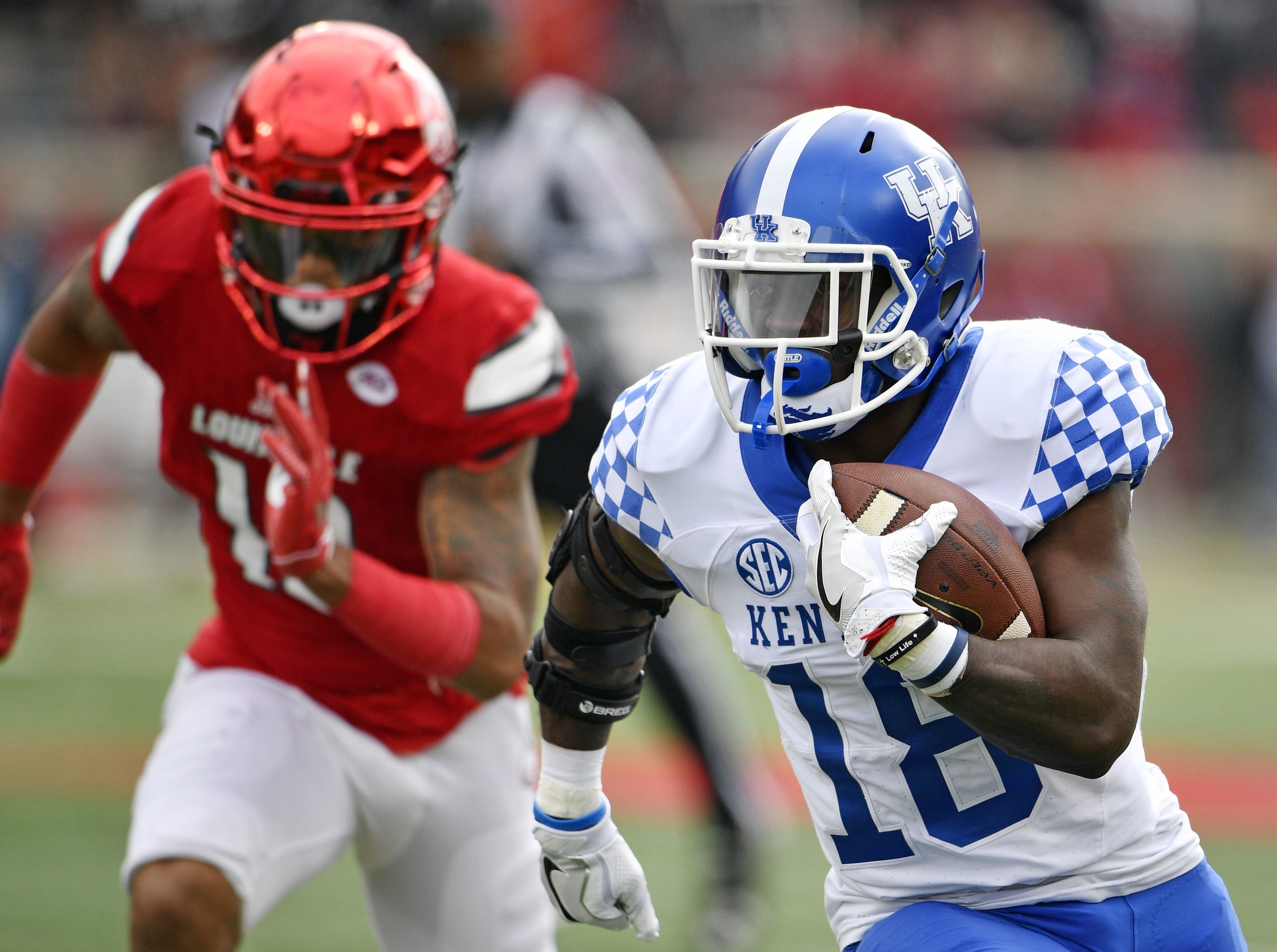 By all accounts, Williams (above) is a high-character kid. Unfortunately, it was a loaded draft for ball carriers and he got lost in the shuffle.

Kimbrough was the third-leading tackler for the Bulldogs as a junior, yet he left the program in 2016 with plans to transfer. Surprisingly, he opted for the draft instead. A serious long shot, he wasn’t even invited to the Scouting Combine.

As for the two pass catchers from the Aggies, Seals-Jones seemed to generate a little buzz during the pre-draft evaluation process for his potential to be a hybrid wide receiver/tight end. But his time of 4.69 seconds in the 40-yard dash proved to be quite slow. Noil had character issues and apparently wasn’t worth the gamble.

As for the other 14 players from the league who left eligibility on the table, it was a mixed bag of successes and failures.

Alabama offensive tackle Cam Robinson and Florida cornerbacks Quincy Wilson and Teez Tabor all came off the board in Round 2. Each sported a first-round grade at some point, although it’s difficult to argue with where they eventually landed.

Round 3 saw the selections of Tennessee running back Alvin Kamara, Florida linebacker Alex Anzalone and Alabama receiver ArDarius Stewart. Kamara lasted longer than most draftniks expected, as he was a hot name in Indianapolis and even got some first-round chatter for a bit. Anzalone and Stewart did well for themselves, though.

Malone and Sharpe both lived up to their draft projections. Lawson, conversely, looked like a second-rounder based on the information out there. A bit of a tweener, is he an end or an outside linebacker at the next level?

When it was time for Round 5, Georgia receiver/returner Isaiah McKenzie and LSU defensive tackle Davon Godchaux got the call. McKenzie had academic problems in Athens and may not have been eligible in 2017, so he should be happy. Godchaux (below), on the other hand, could’ve benefitted playing another season in Dave Aranda’s scheme. 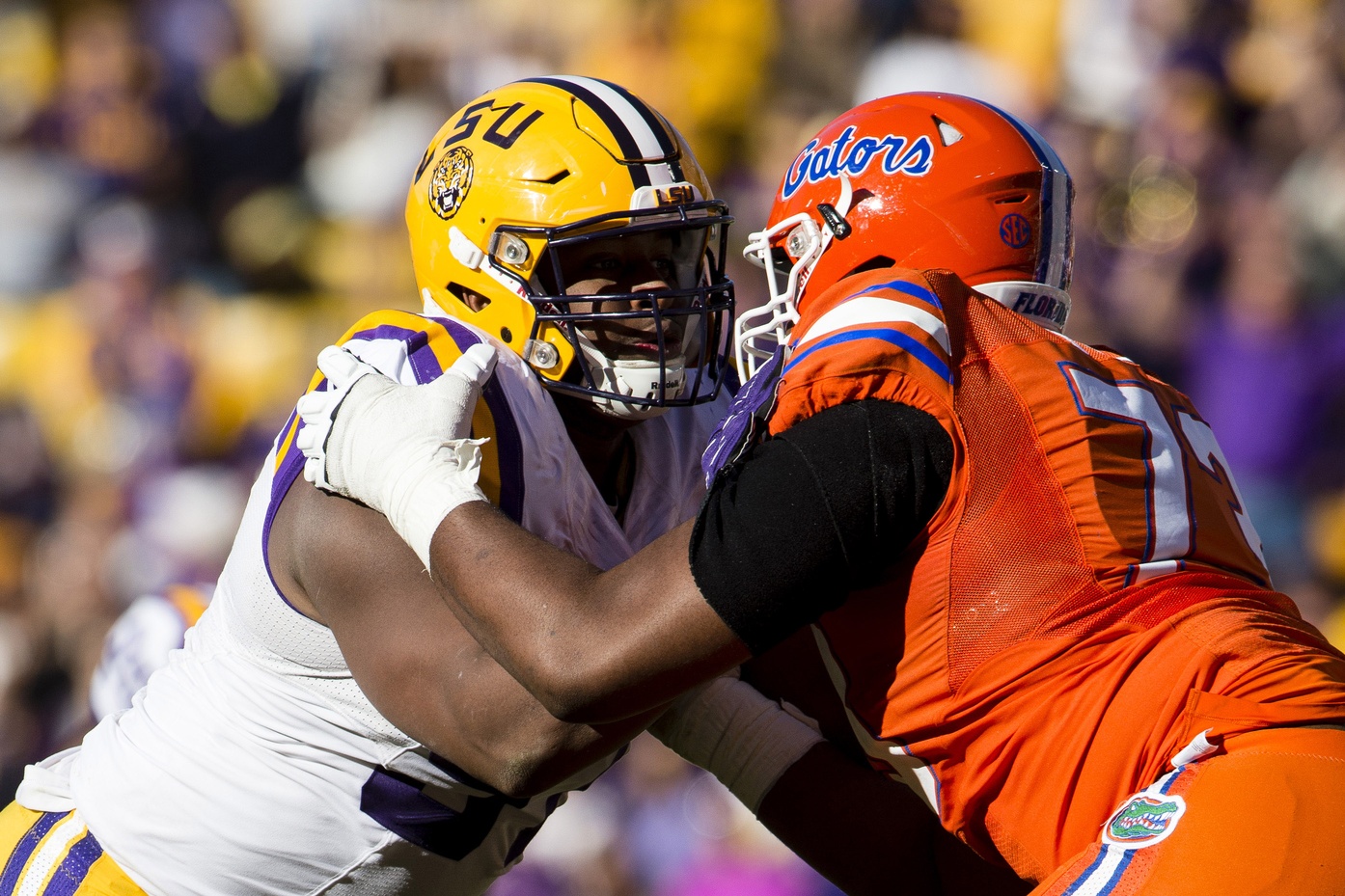 According to the measurables and what he flashes on film, Brantley was deserving of a second-round choice. But just a few weeks before the draft, he allegedly punched a woman less than half his size in a Gainesville bar.

Already having a dynamite draft and with plenty of extra picks at their disposal, the Cleveland Browns rolled the dice with Brantley in Round 6. If the 6-foot-3, 307-pounder ultimately has the charges against him dropped, then he’s a steal. That being said, if the case against him sours, then he’s a public-relations nightmare.

The Browns’ front office immediately told the Cleveland media that they’ll quickly dump him if Brantley appears to be guilty.

Even if LSU receiver Malachi Dupre lasted until the latter stages of Round 7, he has to be pleased with his new home. He’s off to the Green Bay Packers, meaning he has a chance to catch passes from future Hall of Famer Aaron Rodgers.

Naturally, the goal of almost every college football player is to lace up a pair of spikes in the NFL one day. Still, there’s a reason why only about four percent of products from the FBS ranks ever get paid to play the game they love.

As for the two dozen-plus prospects from the SEC that said goodbye to Saturday pigskin prematurely, surely a few would change their minds having the information they possess now. Agents can promise the world, but none of them have a crystal ball. Outside influences, be it needy family or leechy friends, can be tough to ignore, too.

One can only hope that the players currently on the cutting-room floor have something to fall back on just in case.