Georgia and Florida fans don’t like each other. Players on both teams don’t have much love for one another, either.

But, every now and then, there’s a player who transfers between the 2 programs, and that was the case on Saturday.

As you can see below, former Georgia CB Jalen Kimber, who entered the transfer portal after the Bulldogs won the national championship, announced via Twitter that he was committing to Florida via Twitter on Saturday afternoon: 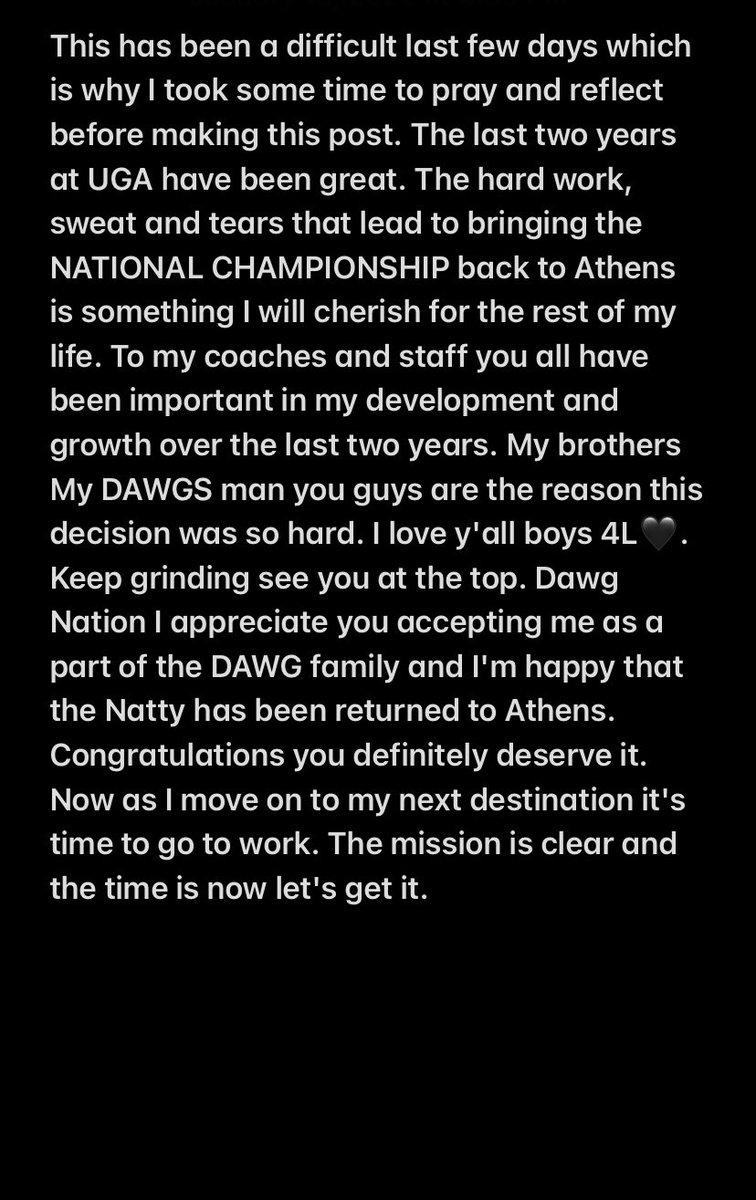 Let’s just say Kimber might not want to show off his championship ring around Gainesville any time soon. But, now he’ll work on helping the Gators try to close the gap on the Bulldogs in the SEC East.

In 2021, Kimber appeared in 1 game, recording 1 tackle. In 2 years with Georgia, Kimber has recorded 3 total tackles.

Adam Spencer
A 2012 graduate of the University of Missouri, Adam now covers all 14 SEC football teams. He is the news editor at Saturday Down South. Find him on Twitter @AdamSpencer4.
RECENT ARTICLES
SEC
SEC-only Playoff? Greg Sankey admits conference is considering a 'range of possibilities'
SEC
Jeremiah Cobb, 4-star RB in class of 2023, names 4 SEC teams among top 6
SEC
SEC lands 9 teams in SP+ top 25 rankings, including 3 with most returning production
SEC
First and 10: Nick Saban knows the end is near ... and he's lashing out