Two-sport athlete Brandon McIlwain has announced he will be transferring from South Carolina.

The Gamecocks quarterback and outfielder shared a note on Twitter: 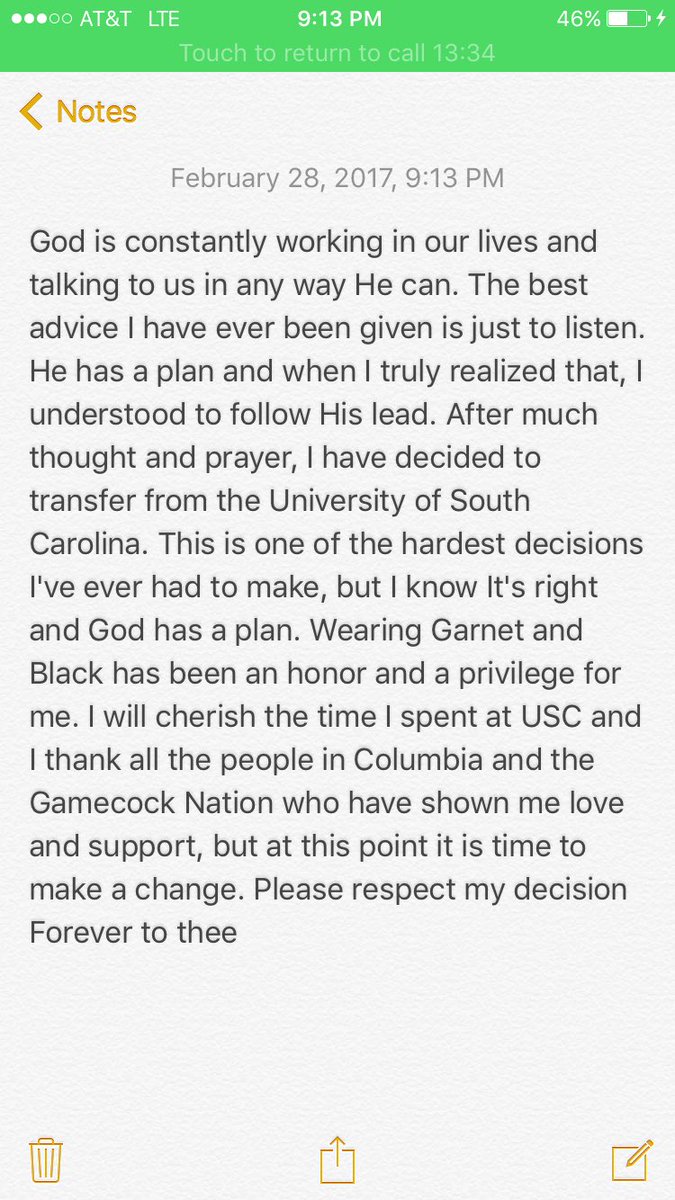 McIlwain, a 4-star prospect and No. 2 dual-threat quarterback of his class, signed with USC in 2016 and enrolled early. He battled Perry Orth throughout the spring and into fall camp for the starting job. Orth and McIlwain split starts in the first half of the season before coach Will Muschamp gave Jake Bentley the start against UMass in Week 8, and Bentely held onto the job the rest of the season.

McIlwain appeared in eight games, going 62-of-118 passing for 600 yards, 2 touchdowns and an interception while carrying the ball 63 times for 127 yards and 2 touchdowns.

“Brandon came by today and spoke to me about transferring from the University of South Carolina,” Muschamp said in a statement. “I support his decision and wish him all the best.”

McIlwain had previously announced plans to focus on baseball during the spring and rejoin the football team after the baseball season.

“Brandon has all the skills to be a terrific baseball player,” said head baseball coach Chad Holbrook in a statement. “I have no doubt as he devotes more time to the sport, he can do great things. We have enjoyed him immensely and we wish him well as his career moves forward.”