The Texas A&M Aggies will likely finish in the top 4 of the final AP Poll of the season after just missing out on a berth in the College Football Playoff.

Still, the Aggies finished on a strong note, taking down North Carolina in the Orange Bowl to finish with an overall record of 9-1. 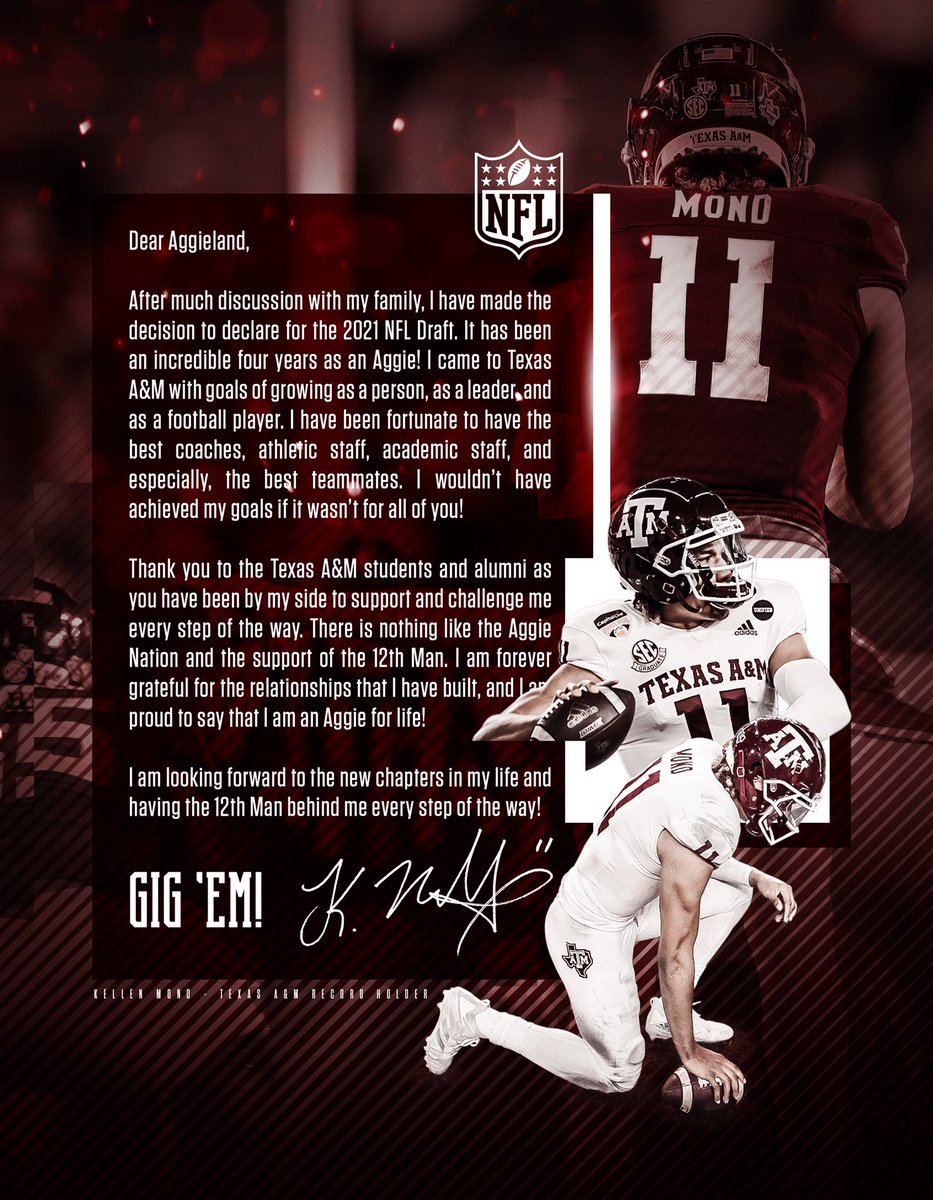 This is a loaded QB draft class, though, so it’ll be interesting to see when Mond hears his name called in April.