Butch Jones has accomplished many things on and off the field as the head coach of the Tennessee Volunteers. Since his arrival in December 2012, Jones has embraced the tradition of Tennessee football and made strides to moving the once proud program back toward a winning direction.

However, his greatest achievement may surprise you.

Ray Guthrie, 54, is a lifelong Tennessee fan. On April 20, 2014, Guthrie was diagnosed with Stage IV melanoma metastatic cancer and given poor odds for survival. Still, he continues to battle the diagnosis, referring to it simply as “The Beast” and remains determined each day.

With the urging of his family, Guthrie decided to prepare a “Bucket List”. However, the lifelong Vol fan had but one wish listed: to meet Butch Jones.

“I thought it would be a long shot,” Brandon Finley, a family friend said via email. “But I made a few calls and everything was set up. The coaches and staff were as excited to meet Ray as he was them.”

Guthrie and a group of close friends and relatives made their first trip from Mt. Pleasant, Tenn., to Knoxville on May 9th. Upon their arrival, the group was greeted by Bob Welton, Director of Player Personnel, who led a tour of the Anderson Center.

Minutes later, Ray was greeted by a smiling Coach Jones, who took him to his office to discuss his current battle.

“Ray came out of the office shaking so much that he almost spilled his bottle of water,” Finley said. “Coach Jones told him he was an important part of the Vol family and that he was going to follow Ray through this battle. He then told him, ‘I will see you at spring practice, buddy’ and gave us all an open invitation for the team’s practice on August 7th.”

Moved by Jones act of kindness, the Guthrie family decided to return the favor during their second visit to Knoxville. After a day of viewing the newly-finished Peyton Manning room, sitting under a VFL tent and socializing with former and current Volunteers players, Ray met with his hero once again following the Vols’ practice.

Minutes into their conversation, Ray revealed a custom fishing pole with a personalized message inscribed to Jones from the Guthrie family expressing their gratitude for the previous meeting.

With tears in his eyes, Jones insists that Ray report to him after upcoming surgery and will be welcome back at the Tennessee facility any time. He then looked Ray in the eyes and told him, “You have absolutely made my day.”

I think its safe to say that the feeling was mutual. 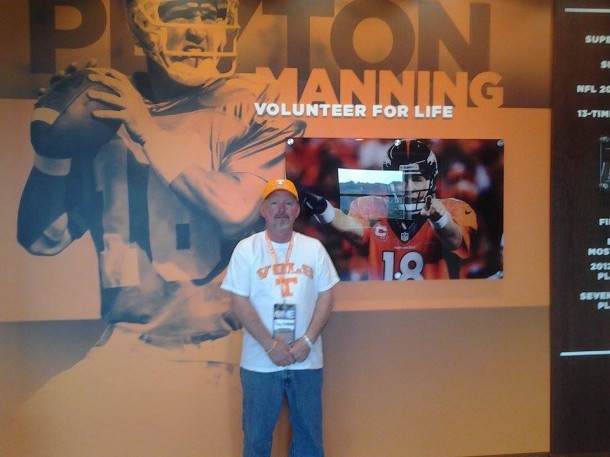 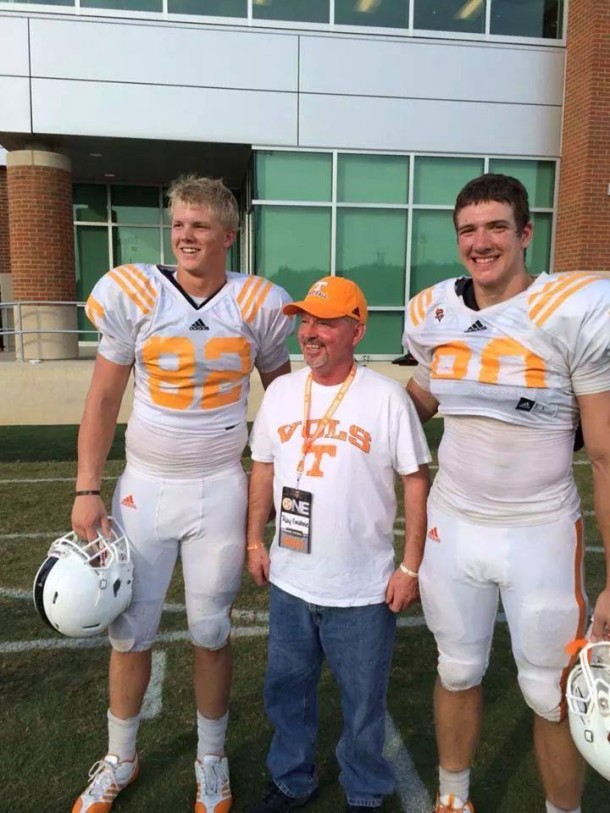