Tennessee’s highly rated freshman quarterback is back at practice. Harrison Bailey, a top-100 overall prospect out of Marietta, Georgia, was featured in Volunteers practice photos from Tuesday sent to media outlets.

On Friday of last week, UT head coach Jeremy Pruitt told reporters that Bailey had not yet been able to practice due to being in quarantine.

“He has not practiced,” Pruitt said after practice. “The last press conference I told y’all we had some guys that were in some social quarantine. He’s one of the guys that is.”

Pruitt did not specify whether Bailey had tested positive for the coronavirus or was being sidelined as part of COVID-19 contact tracing. Bailey enrolled at Tennessee in January. As an early enrollee, Bailey was able to take part in UT’s spring practice. The Volunteers were able to hold 3 practices before the NCAA shut down all spring sports in March due to the coronavirus outbreak. 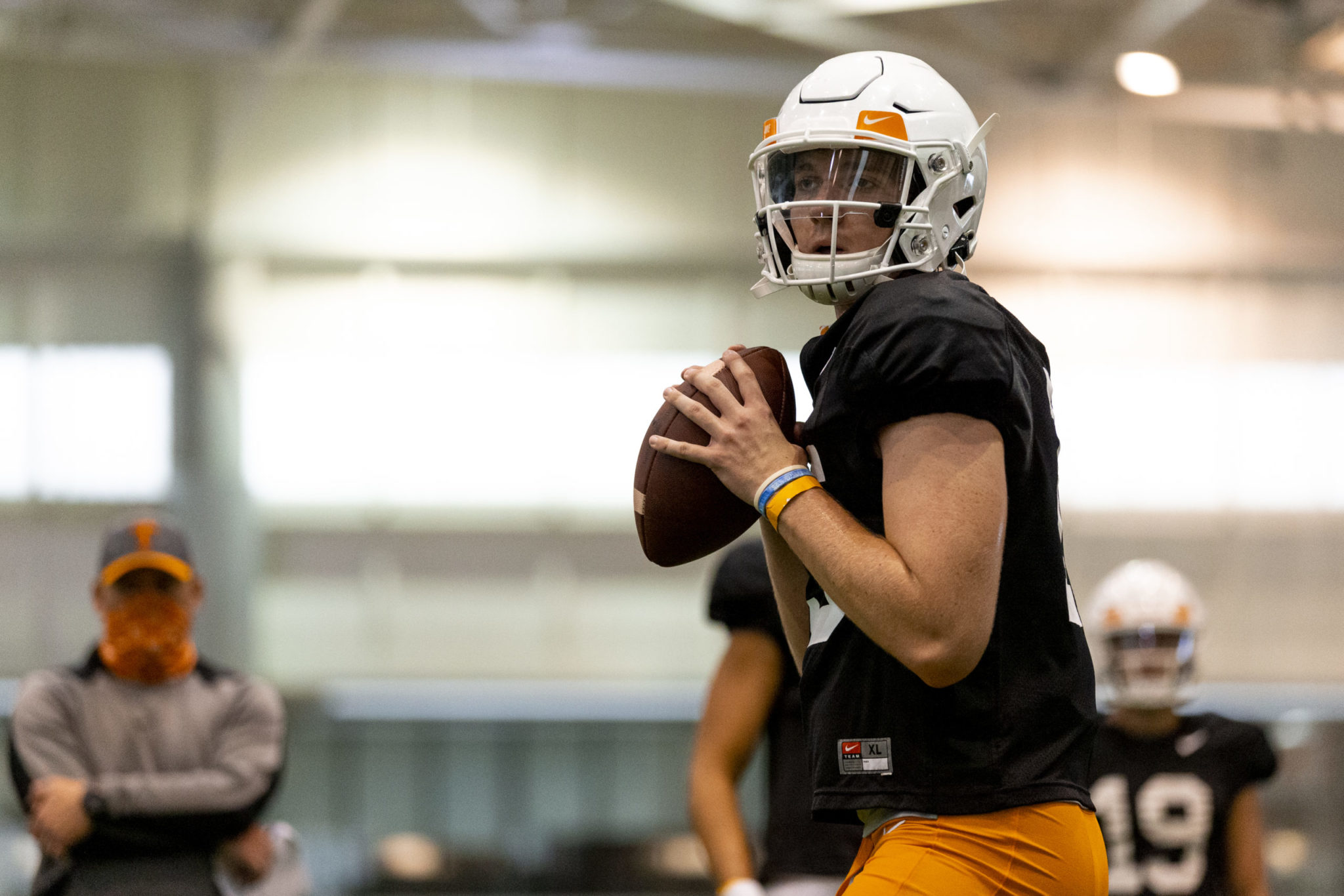