The injury-ravaged Volunteers get some players back following a bye week but are still missing several key starters as they travel to Williams-Brice Stadium. Meanwhile, Will Muschamp hopes he’s found a solution to his quarterback quandary on his third try.

On the surface, this appears to be a lopsided affair. But Gamecocks fans might remember 1992 when South Carolina upset a Tennessee team that had already beaten Florida and Georgia, like this year’s team.

Then, there’s Will Muschamp’s 4-0 record as a head coach against Tennessee.

When Tennessee has the ball

Joshua Dobbs vs. South Carolina pass defense: Dobbs has completed at least 52 percent of his passes in every game but Florida, and in that game he had 4 touchdowns and 2 interceptions. He’s fifth in the league in passing yards per game, fourth in touchdowns, but he leads the SEC in interceptions thrown (9). 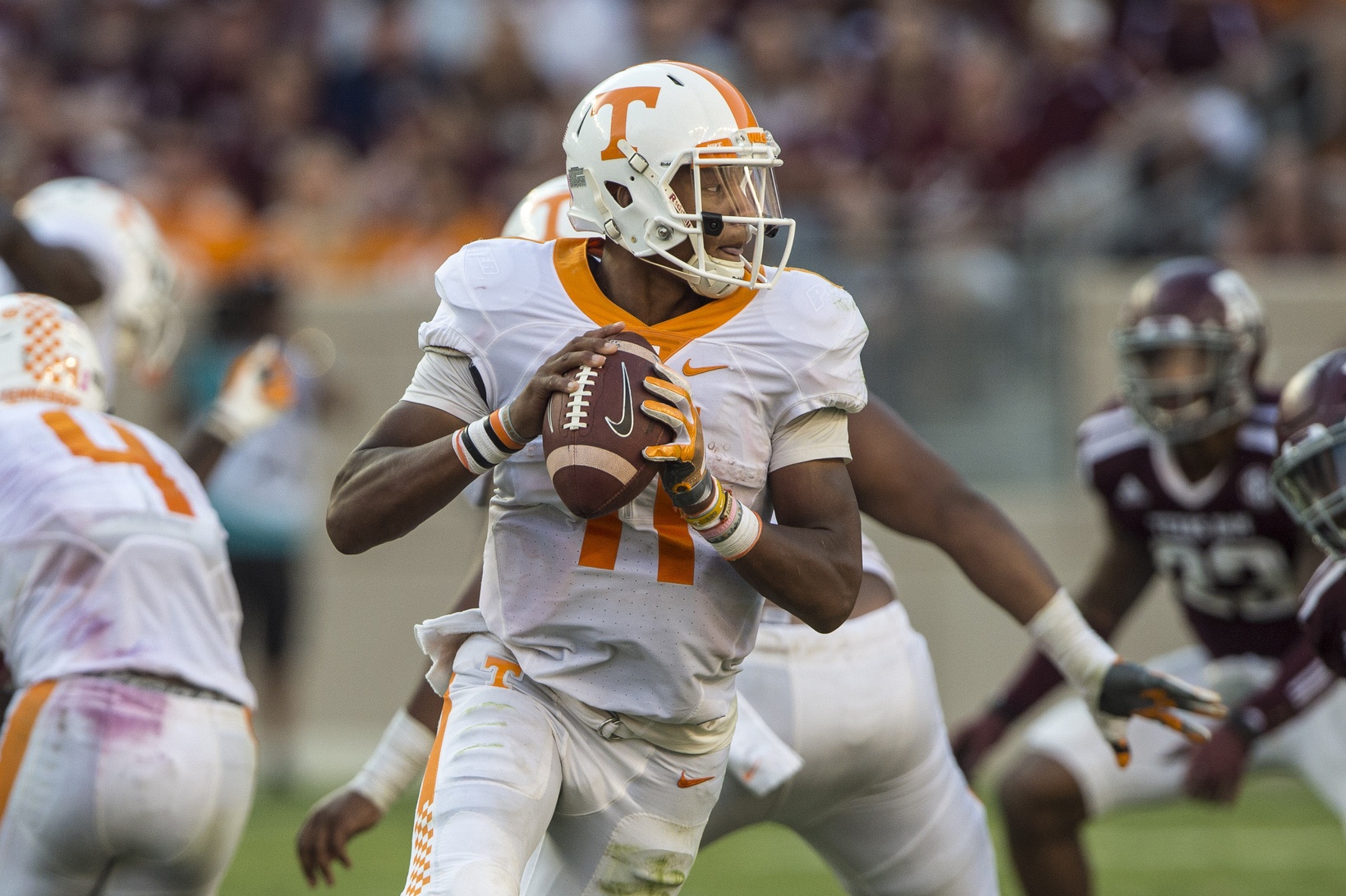 The Gamecocks are second in the league in passing yards allowed per game. The 400 yards surrendered against East Carolina was the only game they’d given up more than 206 before last week when UMass was 20-for-42 for 247 yards and three touchdowns. But the Gamecocks have had an interception in every game but the season opener against Vanderbilt.

Jalen Hurd vs. run defense: With Alvin Kamara out with a knee injury, Hurd will get the bulk of the carries, and he’s had his own injury issues this season. Hurd was a Second-Team All-SEC choice entering the season but has averaged just 3.8 yards per carry so far. John Kelly is expected to pick up the slack for Kamara. The sophomore had 89 yards on 13 carries against Texas A&M. The Gamcocks have struggled against the run, especially in SEC play. South Carolina is allowing 243.4 yards in league play, which is 10th in the SEC.

Josh Malone/Jauan Jennings vs. pass defense: Kamara’s absence will also be felt in the passing game as only three players have at least 20 catches, and he’s one of them with 22 for 260 yards and 3 touchdowns. Malone has been consistent, but he’s yet to crack 100 yards in a game and hasn’t caught a touchdown in three games, though he had five TDs in the first four. Jennings had big games against Florida and Georgia but averaged just about 10 yards per catch against Texas A&M and Alabama on eight catches. Chris Lammons will be active, looking to add to his team-high 3 interceptions. Jamarcus King will patrol the other side after he briefly missed time last week with a hand injury.

When South Carolina has the ball

Jake Bentley/Brandon McIlwain vs. Tennessee pass defense: The first of presumably many tests for freshman Jake Bentley arrives this week as he will look to build on last week’s impressive debut. 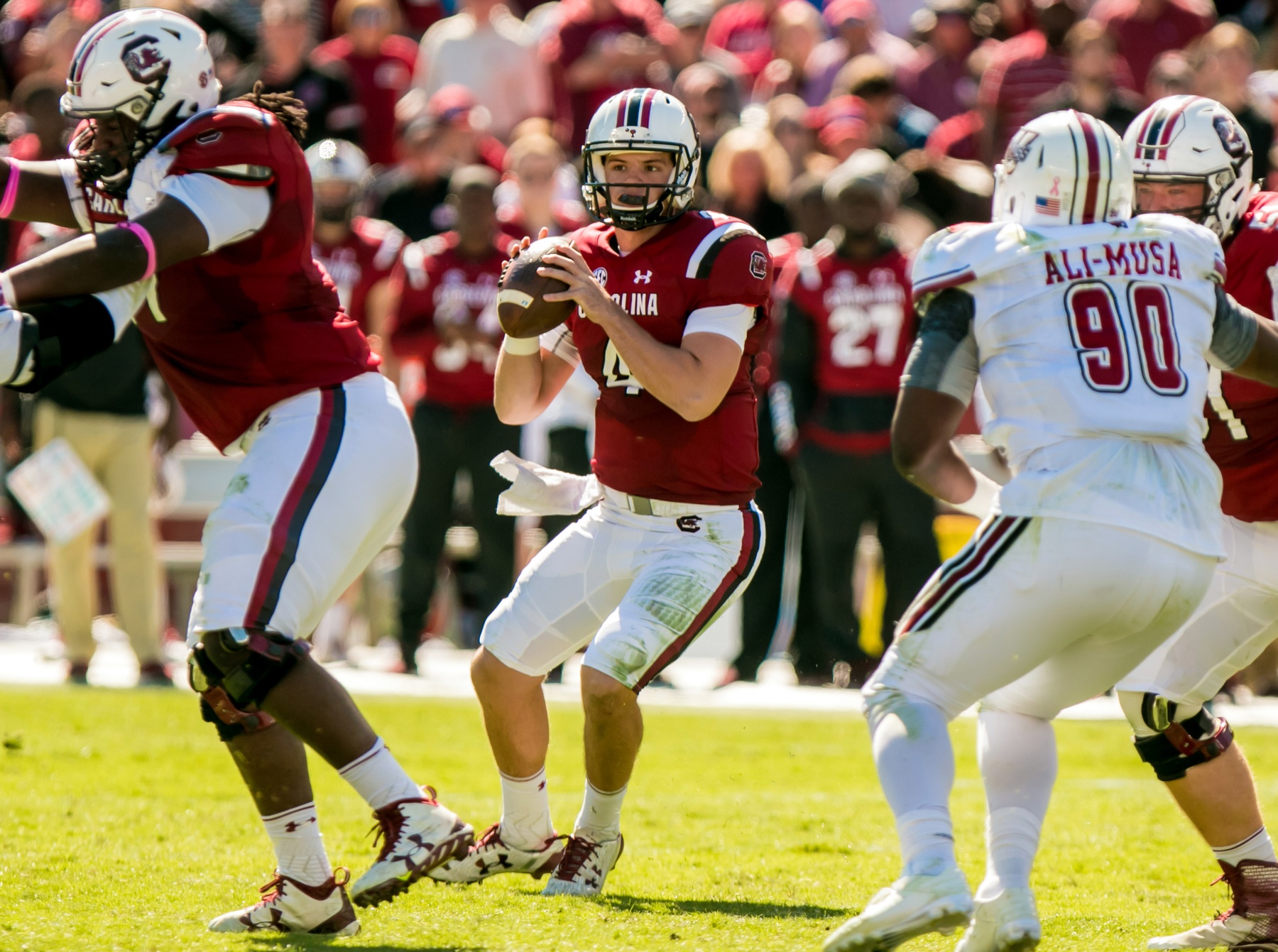 McIlwain is likely to be in the mix with his designed runs, too. Last week was the first time this season the Gamecocks have scored more than two offensive touchdowns. McIlwain started three of the first six games, and while he’s primarily a runner, he could offer wrinkles near the goal line. Tennessee’s pass defense is seventh in the SEC and gives up an average of 212 yards per game.

David Williams/A.J. Turner/Rico Dowdle vs run defense: Turner has started most of the games this season, but Williams — who has had his share of time in the coaching staff’s doghouse — made his first start of the season last week and scored 2 TDs, his first time finding the end zone since 2014. Dowdle even got some second-string carries. Turner is battling a knee injury but leads the team with just 300 rushing yards. He didn’t have a carry against UMass. The Vols are near the bottom of the league in rushing defense as they’re giving up 215 yards per game and have surrendered at least two scores in each of their last three games.

Hayden Hurst/Bryan Edwards/Deebo Samuel vs pass defense: With 31 catches, Hurst is by far the leading receiver, but he’s yet to find the end zone. In fact, only three South Carolina players have receiving touchdowns, and K.C. Crosby has two of the team’s four total TD catches. Samuel, who has battled hamstring issues, showed some potential last week with 8 catches for 106 yards. But he’s missed three games and doesn’t have a TD catch.

South Carolina kicker Elliott Fry is seven behind the school record for points after he added four more last week to reach 323. His counterpart, Aaron Medley, has a slightly better percentage this year as the Tennessee kicker has made 6-of-8 field goal attempts. Kamara’s absence is felt on special teams also as he’s third in the SEC in punt returns. On kickoff returns, though, Evan Berry is second in the league and Turner is third, at 28 and 25 yards per return on average, respectively.