Bryce Young won the 2021 Heisman Trophy in a landslide.

After the Alabama quarterback accepted the award, ESPN showed the vote totals for the top 5. Young dominated with 684 first-place votes. No other players hit triple digits in first-place votes. What might be of most interest to Alabama fans is that Crimson Tide linebacker Will Anderson received more first-place votes than finalists Kenny Pickett and C.J. Stroud. Due to “total points,” however, Anderson wasn’t one of the 4 finalists invited to New York City. 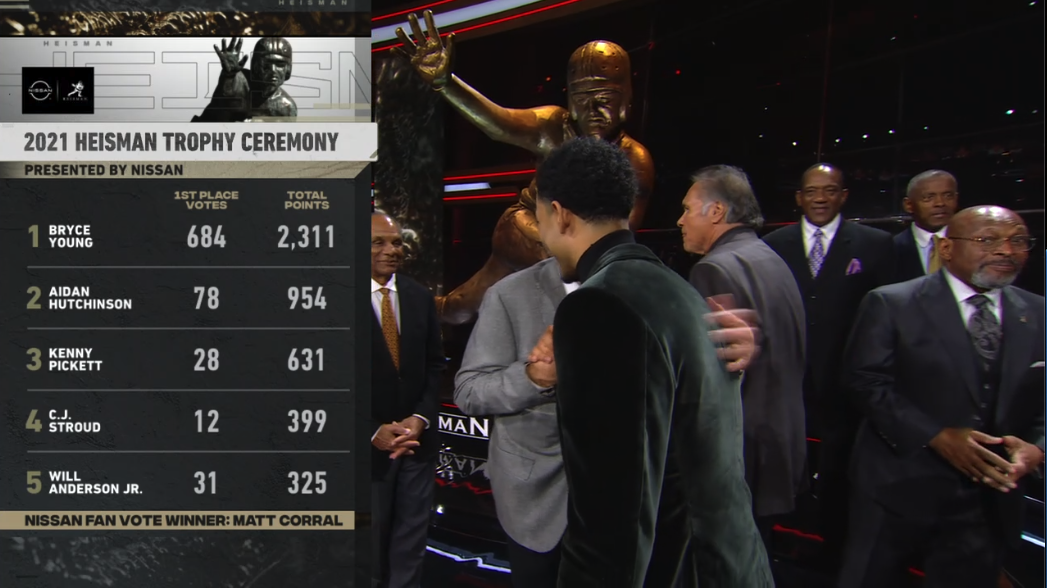 On Thursday, it was revealed that Kenneth Walker III, Matt Corral, Desmond Ridder, Jordan Davis and Breece Hall rounded out the top 10. The Associated Press’s Ralph D. Russo shared totals of how many votes they received.

Young was named on 90% of ballots, seventh best in history.