Alabama continues to add to its growing list of upcoming home-and-home series with a new series announced on Friday.

Alabama is now set to travel to Morgantown, on Sept. 5, 2026, to play West Virginia with the Mountaineers set to make the return trip to Tuscaloosa on Sept. 4, 2027.

“We are pleased to be able to add another premier, non-conference opponent to our future home-and-homes with West Virginia,” said Alabama Director of Athletics Greg Byrne via statement. “This series gives our student-athletes, coaches, staff and fans the opportunity to play in and experience outstanding on-campus matchups to open the 2026 and 2027 seasons. As we continue to build out our future schedules, we will work to include even more home-and-homes of this caliber.”

The two programs met to open the 2014 season in the Chick-fil-A Kickoff Game with the Crimson Tide winning 33-23 in the Georgia Dome.

Nick Saban, a West Virginia native, also released a statement with the news.

“We are excited to be able to add West Virginia University to our 2026 and 2027 non-conference schedules with a home-and-home series. West Virginia is annually one of the best teams in the nation and we believe playing this kind of competition only makes our team better, while providing a lot of excitement for both fan bases.”

Other recent home-and-home series Alabama is set to play include a 2022 trip to Texas, with the Longhorns making the return trip in 2023, and a trip to Notre Dame in 2028 with the Irish coming to Tuscaloosa in 2029. 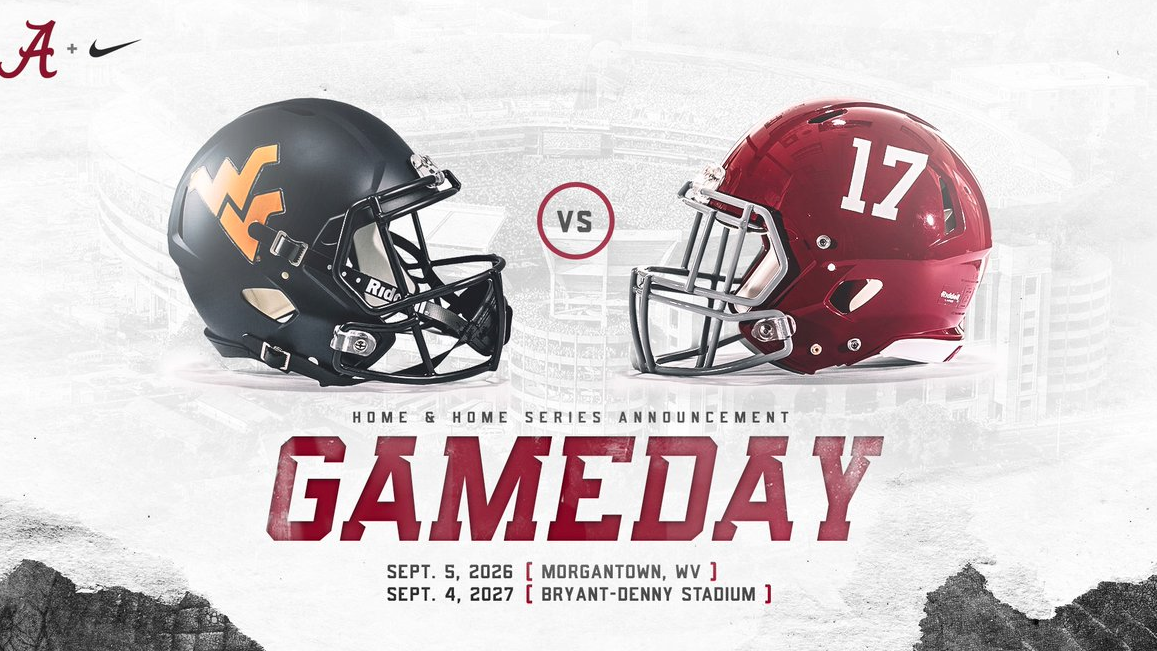