An Alabama parent and fan visited College Station, Texas on Saturday for the game between the Crimson Tide and Texas A&M, and raved about the hospitality, despite the 27-19 Alabama victory.

There was a marriage proposal, a pleasant conversation with someone whose manners that were “impeccable” and even a fist bump to an opposing fan after a Damien Harris touchdown run.

As the Alabama fan left, an Aggie asked if he enjoyed her stay in College Station.

“There is magic here,” Robert Davé wrote. “If you ever have the opportunity to attend a game at Texas A&M, do yourself a favor and come. You will never forget it. Roll Tide, friends.” 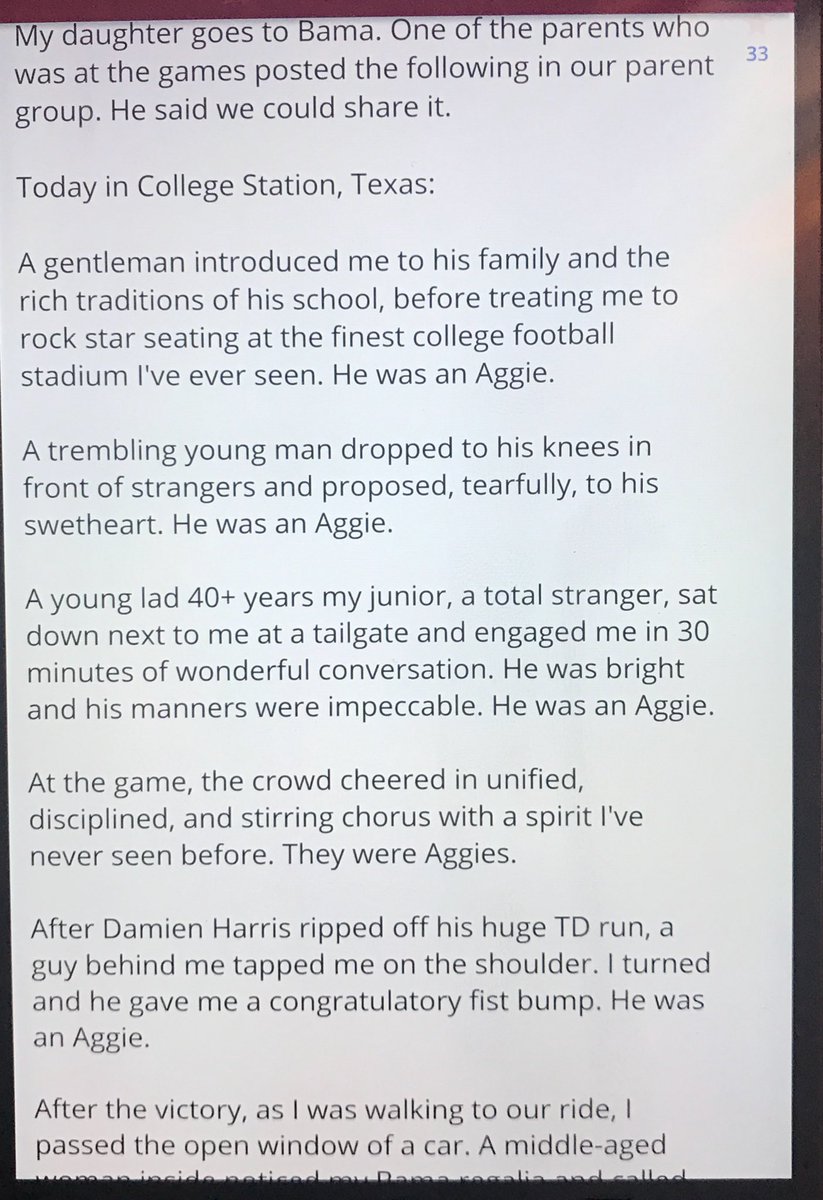 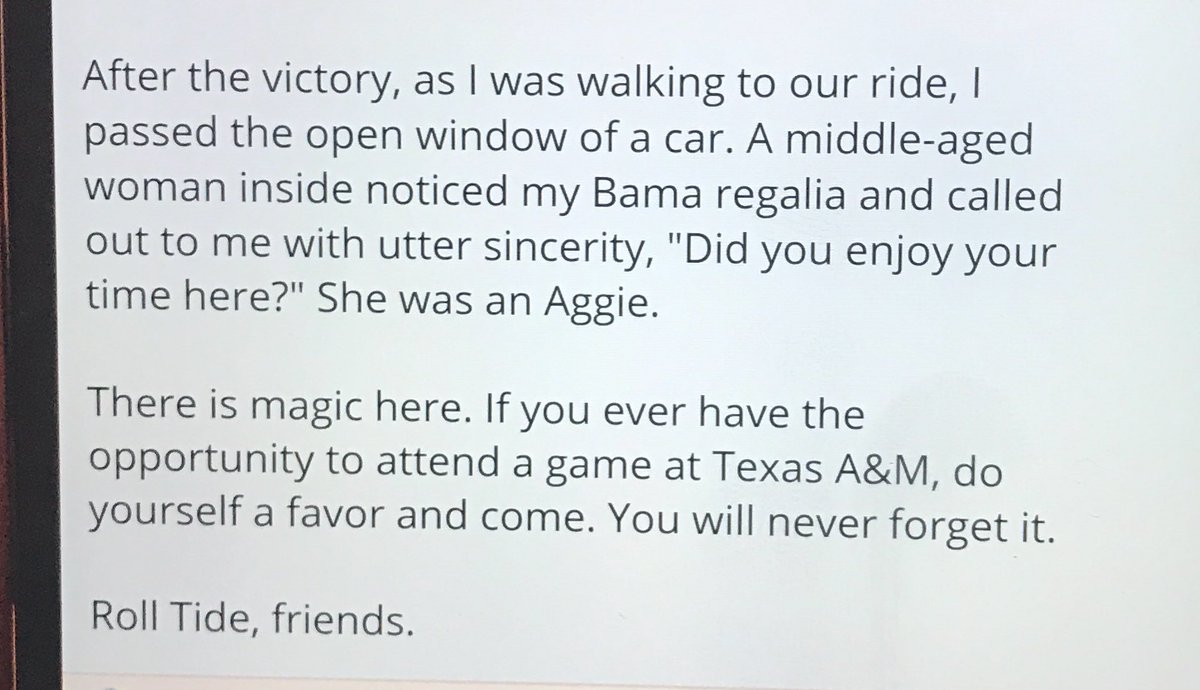 TRENDING
1,271,576 READS
First and 10: The truth hurts, but here it is. Tennessee, you will never be elite again
66,680 READS
Even by SEC standards, the fall of Jeremy Pruitt was stunning
38,742 READS
Prevailing thought after Jeremy Pruitt's firing: It was supposed to be different this time ...
LATEST NEWS
View All
10 hours ago
Alabama LB Joshua McMillon reveals plans for 2021 season
10 hours ago
LSU starting LT Dare Rosenthal announces plans for 2021 season
11 hours ago
NFL Draft 2021: Every SEC underclassman who has declared for the draft (so far)
11 hours ago
Baltimore Ravens make decision on former Alabama RB Mark Ingram for 2021 season
12 hours ago
Aaron Murray on Tennessee's coaching search: 'They need to hit a damn grand slam'
13 hours ago
Jeremy Pruitt's attorney fires back at Tennessee's decision to fire his client
VIEW MORE