Because the NCAA ruled that the 2020 season doesn’t count toward eligibility due to the COVID-19 pandemic, Alabama LB Joshua McMillon could have returned in 2021 for a seventh year of eligibility.

Instead, he announced via Twitter on Monday night that he’d be pursuing his NFL dream.

As you can see below, McMillon thanked Alabama fans for everything and then declared for the 2021 NFL Draft: 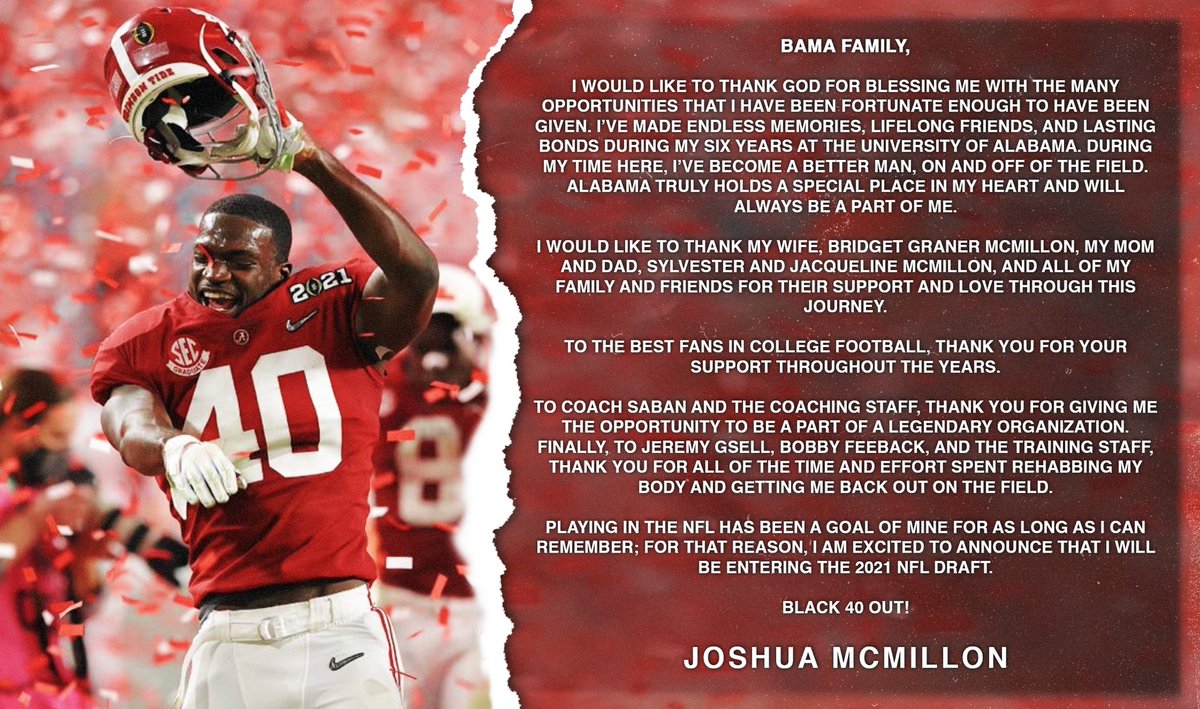 In limited action this fall, McMillon recorded 9 tackles, including 1 for a loss. He also broke up 1 pass.

Can he work his way into the NFL Draft picture? The NFL won’t hold a normal Combine this year, but he’ll have his chance to show what he can do at Alabama’s pro day, at a yet-to-be-determined date.