The Alabama Crimson Tide went into Knoxville and took care of business against Tennessee on Saturday afternoon, earning an easy 58-21 victory.

However, coach Nick Saban didn’t have long to savor the victory, as he had an arrest to deal with on Sunday morning.

Alabama redshirt freshman OL Hunter Brannon was arrested for suspicion of DUI on Sunday morning and booked into the Tuscaloosa jail:

#Alabama redshirt fr. OL Hunter Brannon was arrested and charged with misdemeanor DUI early Sunday morning in Tuscaloosa. He remains in custody as of 10 am Sunday. pic.twitter.com/5OSh7INTFT 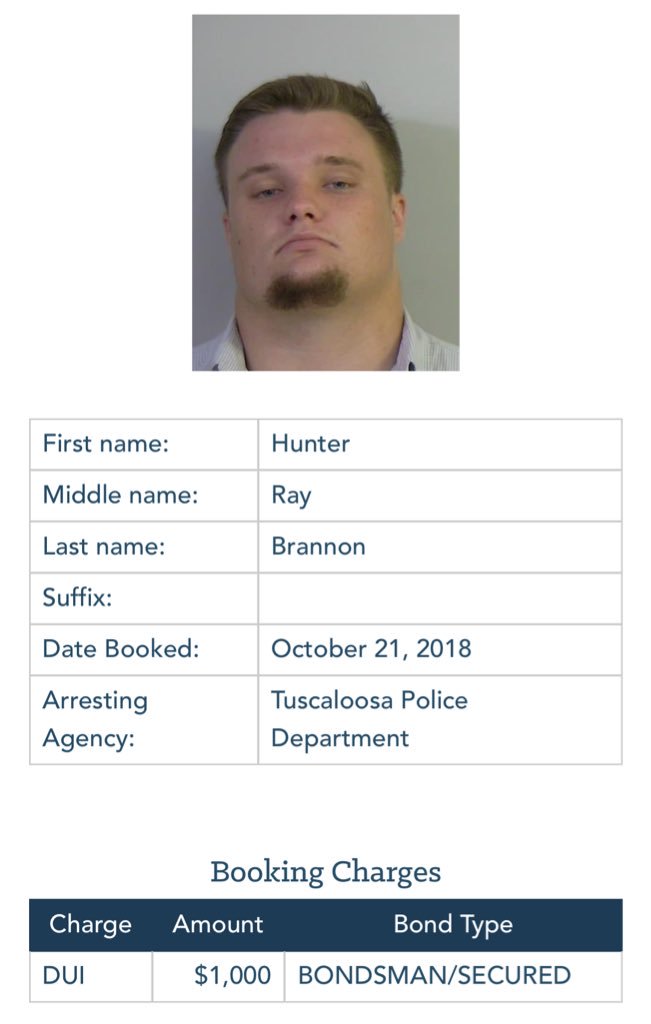 Brannon was a 3-star center in the class of 2017, per the 247Sports composite. He hasn’t played at all this season after redshirting during 2017.

Saban has yet to weigh in on the arrest, but a statement from the school should be coming in the next few hours.