Alabama has just released the rosters for the upcoming A-Day Spring Game.

Quarterback Bryce Young is on the White team while Paul Tyson is on the Crimson team.

“Bryce is the quarterback for right now, so he’s going to operate with the first team,” Saban said on Thursday when asked about the team’s quarterback depth chart. “There’s competition at the position. But in order for guys to get reps, the next guy has to play with the next guy. We may have one guy out, one guy may not be able to practice. So what you see in this game really doesn’t mean a whole lot in terms of trying to figure out the depth chart and all that. Because there’s going to be a lot of guys missing. So how we play guys in this game doesn’t necessarily mean anything relative to next year.”

Here is the roster released by Alabama on Friday: 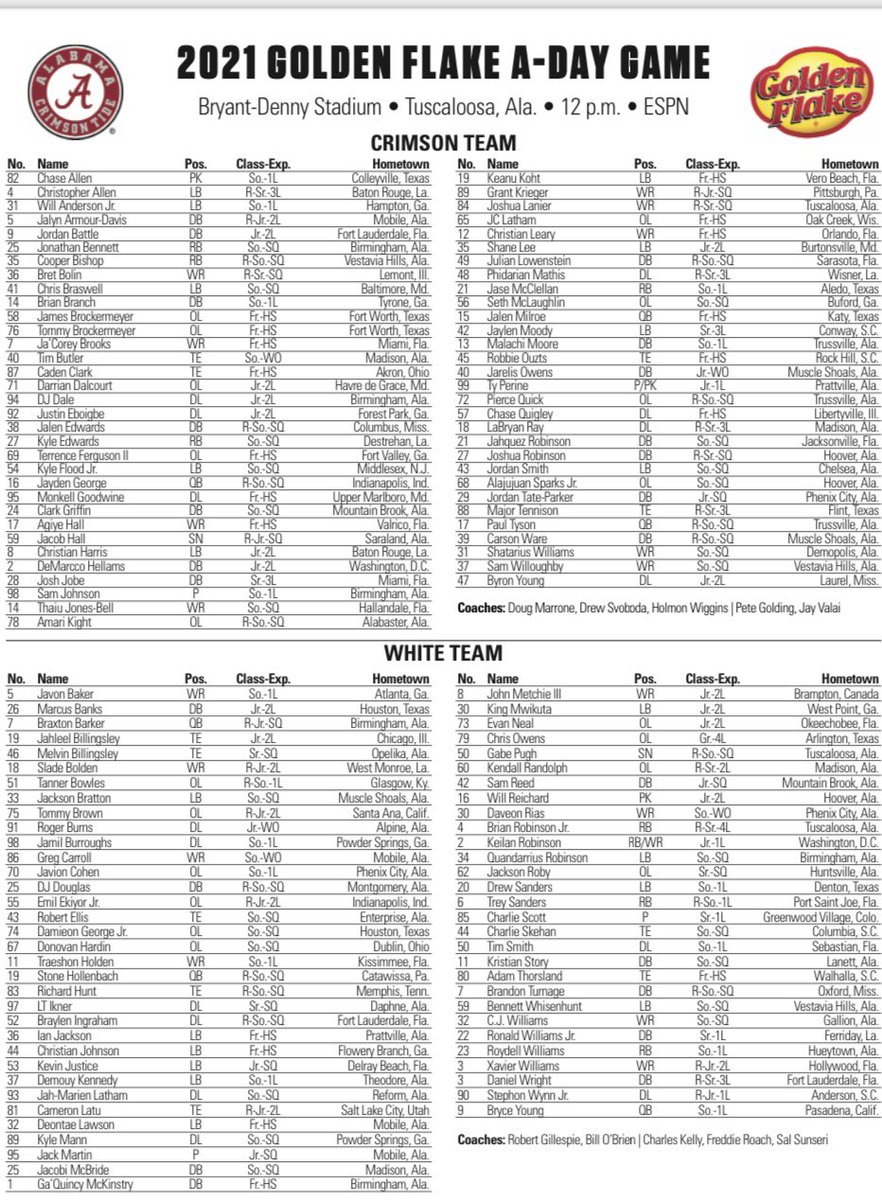