Mike Leach’s offenses have typically been known for putting up a lot of points. That hasn’t quite been the case this year for Mississippi State, including this past Saturday against Alabama.

The Crimson Tide blanked the Bulldogs, 41-0, handing Leach the first shutout loss of his head-coaching career. It was a dominant performance by Alabama, which held Mississippi State to 200 total yards and forced three turnovers.

After the Tide routed the Bulldogs, they had some fun with the result on Twitter. When Leach was at Texas Tech, he became known for a speech about pirates that he once gave. From then on, people have always associated him with pirates.

Hence why Alabama’s victory tweet came with this phrase: “Walk the blank.” 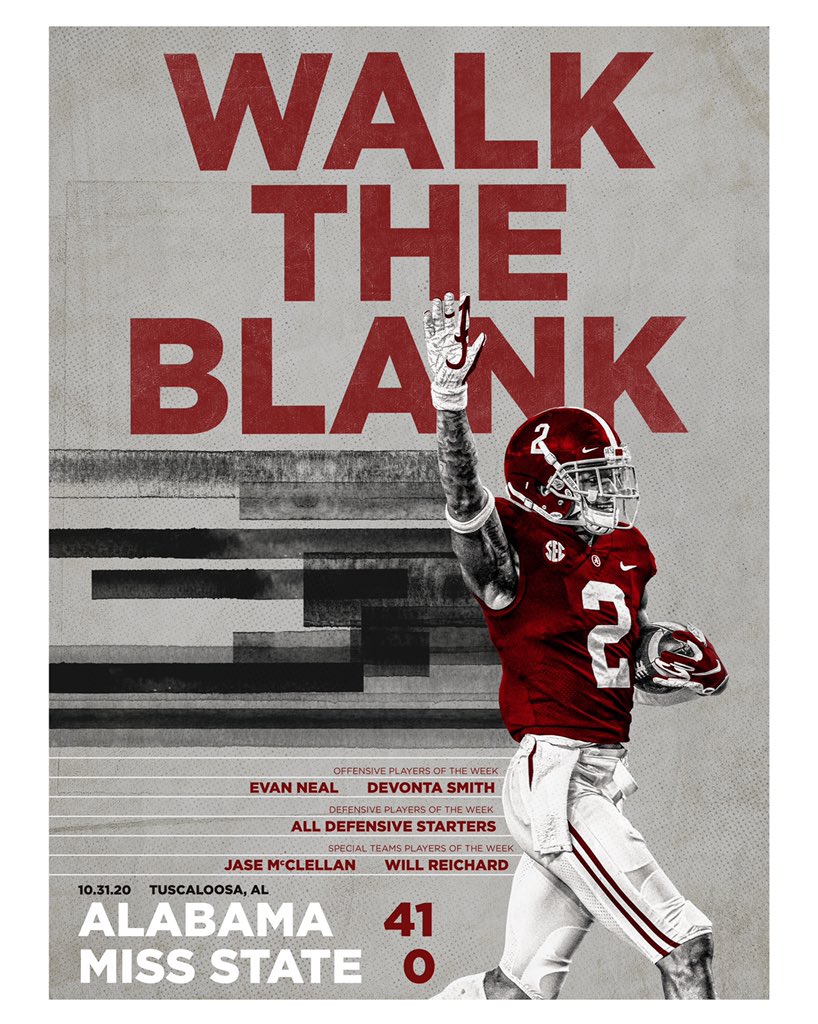 It was the Crimson Tide’s first shutout win of the season, and it improved them to 6-0. Alabama also kept up its own strong offensive play, as it’s scored at least 38 points in each of its victories in 2020.

TRENDING
34,528 READS
USC head coaching search: Paul Finebaum names best candidates for Trojans job
27,860 READS
Dameon Pierce on Florida being 15-point underdogs to Alabama: 'They're being nice to us, ain't they?'
25,890 READS
Steve Spurrier weighs in on Florida's chances this week against Alabama
LATEST NEWS
View All
7 hours ago
Florida's top 2020 tackler will miss rest of season with biceps injury, per report
7 hours ago
Georgia defender out for the rest of the season due to injury, per report
7 hours ago
Nick Saban responds to Josh Battle's comments about the coach's 'deez' jokes in practice
8 hours ago
Nick Saban updates status of Alabama LB Will Anderson, prognosis for Florida game
8 hours ago
Ole Miss unveils uniform combination as it prepares to host Tulane on Saturday
8 hours ago
LSU names guest captains for Week 3 game against Central Michigan
VIEW MORE