Alabama spring game standout Agiye Hall is safe after a scary incident on the road. On social media, Hall shared photos of his car pulled over on the highway caught on fire.

I am okay thank you 💯

While Hall came away safe and sound, his car wasn’t so fortunate. 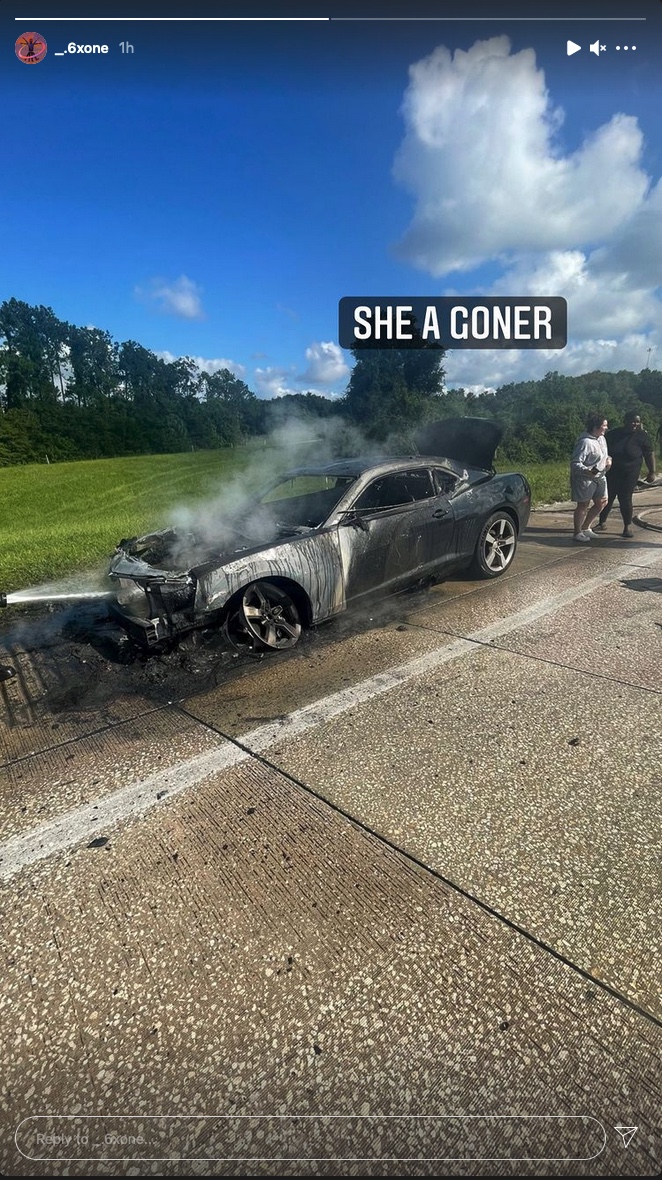 Hall is entering his freshman season, though he’s already a familiar name to many Alabama fans. Out of Valrico, Florida, Hall was rated 4-stars and the No. 44 overall recruit in the class of 2021. As an early enrollee, he played in UA’s spring game, catching 4 passes for 72 yards.

“Agiye Hall is a really good freshman prospect,” Nick Saban said during Alabama’s spring game. “We’re trying to move him around so we can get him the ball more. He’s one of the most explosive players on this team.”