Disparity between East, West preventing SEC from being all it can be

The West has won the last seven SEC Championship Games, and it would nothing short of a shock if that streak didn’t extend to eight.

Alabama, champion of the West, will take on Florida, winner of the East, Saturday in Atlanta. While the Crimson Tide shooed away its conference schedule with an 8-0 mark, the Gators were the best of a bad bunch at 6-2.

On Rivalry Weekend, ‘Bama wrapped up the regular season by dominating Auburn 30-12 at home. UF, on the other hand, got tamed by Florida State — that’s four straight losses in the Sunshine State series — 31-13 on the road. If there’s such a thing as momentum in sports, the Tide have it as they make their way to the Georgia Dome.

Each of the 14 teams in the league plays two crossover games against teams from the other division on an annual basis.

In 2016, the East could do no better than a 5-9 record vs. the West. Florida, Georgia, Kentucky, Vanderbilt and Missouri all went 1-1 in inter-division play. Tennessee, the preseason favorite, and South Carolina were both swept.

The West, on the other hand, saw Alabama and Texas A&M go a perfect 2-0 facing the other division. Auburn, LSU, Arkansas, Ole Miss and Mississippi State — yes, even the bottom feeders from the Magnolia State — all went 1-1 against the East this season. None of the seven teams in the West came up empty in crossover matchups.

Let’s face it: It’s a down year in the SEC. The conference can’t be all that it can be without some balance between East and West. 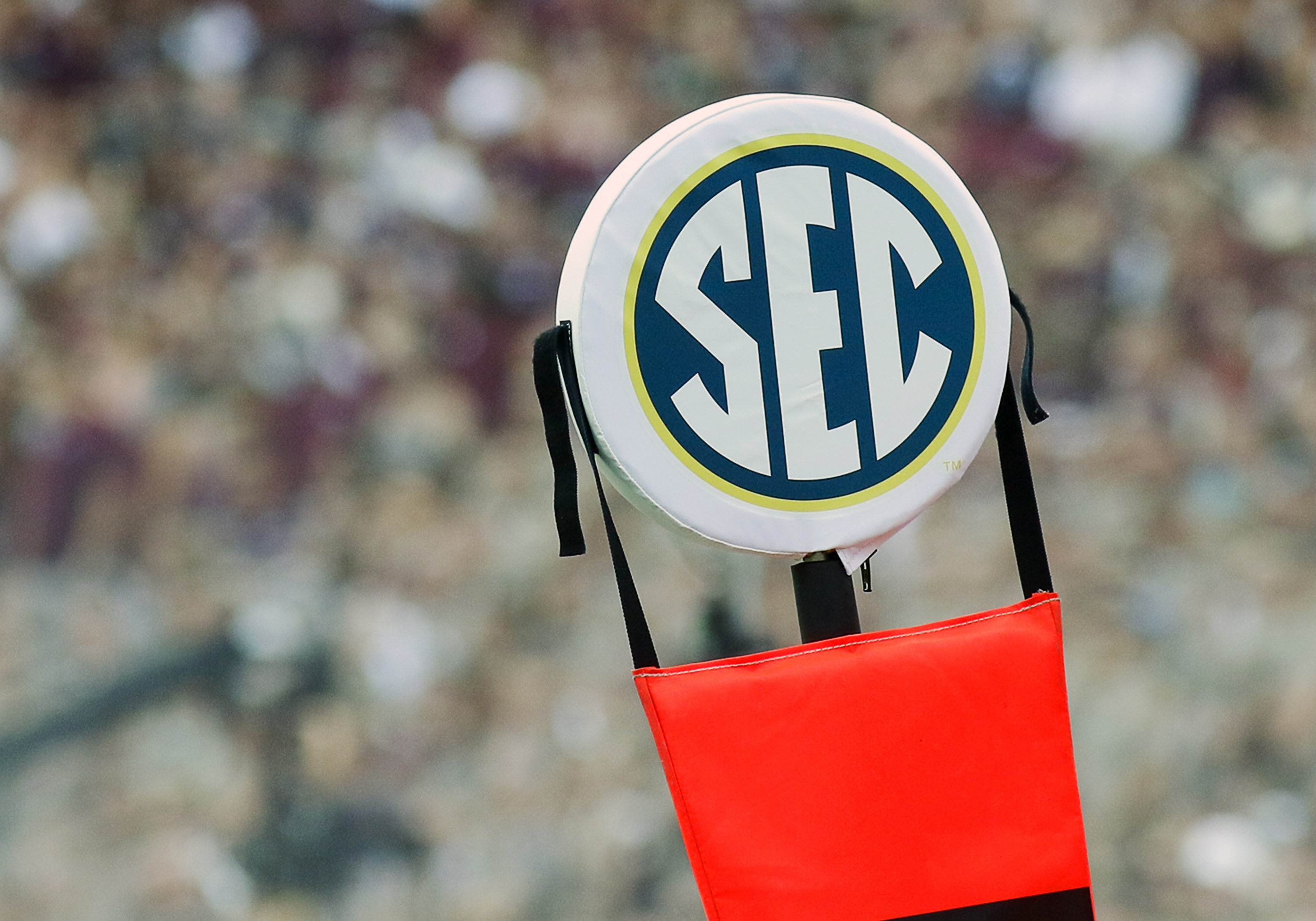 While the West remains the deepest and most dangerous division in the country, the East is lagging behind the likes of the Big Ten East (Ohio State, Michigan, Penn State) and ACC Atlantic (Clemson, Florida State, Louisville).

But aside from the disparity in the divisions, the real imbalance is between Alabama and the rest of the league. The Crimson Tide are undefeated — only Ole Miss could even keep it a one-score game — and on another level right now. Assuming ‘Bama takes care of Florida, every other program in the SEC will have at least four losses.

Auburn, LSU, Tennessee and Texas A&M all looked like genuine contenders at some point this season. In the end, each turned out to be a pretender.

Prior to this current seven-year run by the West, the East had emerged victorious in three of the last four conference title games. That includes a pair of Florida teams in 2006 and 2008 that went on to win the national championship.

Over in the East, this was branded as the year of the Volunteers. Instead, Tennessee matched lowly Kentucky with a 4-4 record in SEC play.

“I think there’s a lot of good teams in the SEC, period,” Saban said. “I don’t really evaluate one side versus the other.” 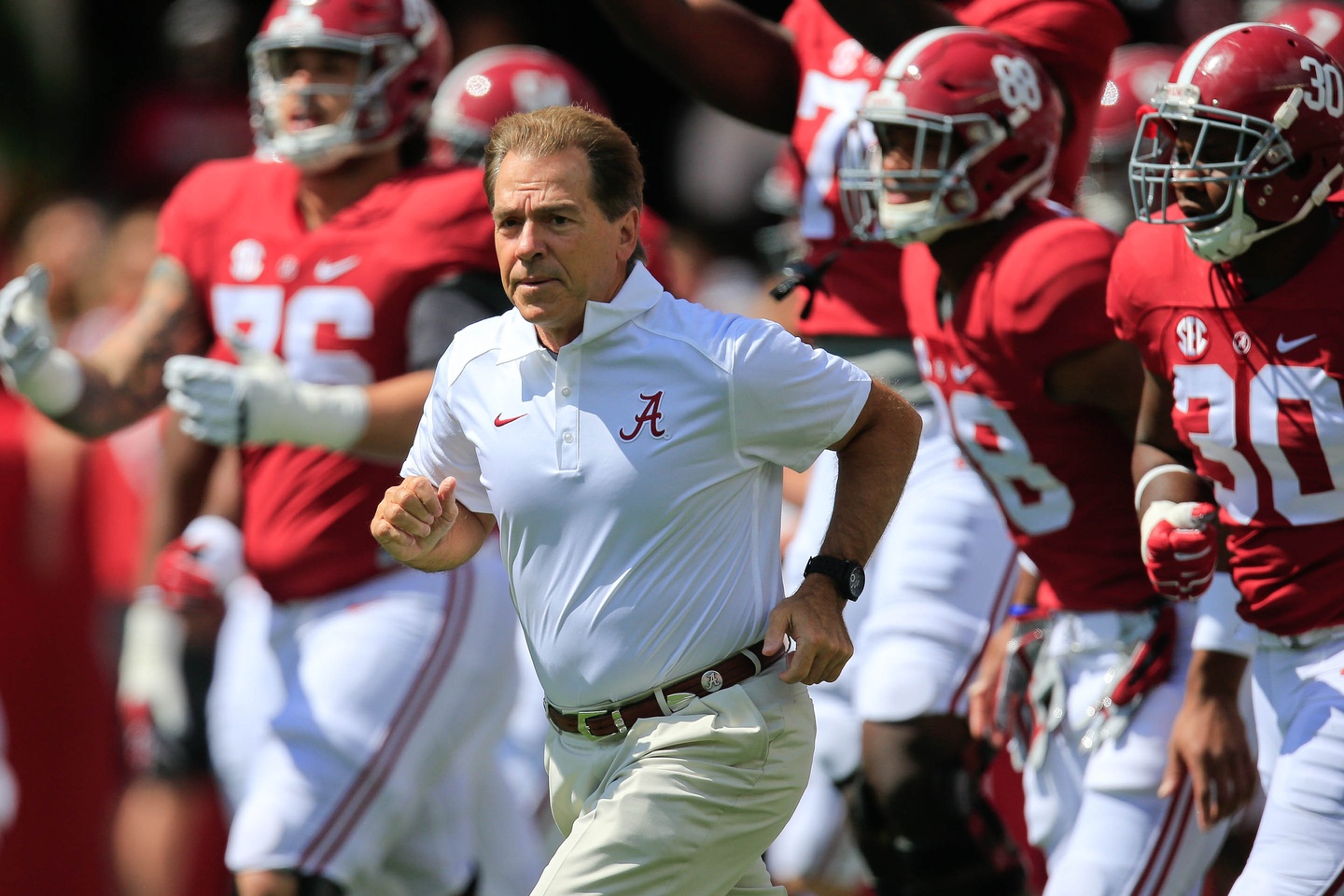 Saban (above) is being generous, of course. The conference doesn’t even have an obvious choice to send to the Sugar Bowl for the New Year’s Six. Last season’s selection, Ole Miss, had nine wins. Only the Crimson Tide have more than eight this year.

The stakes for the conference championship game from a ‘Bama perspective are crystal clear: A win keeps its record unblemished and guarantees an invitation to the College Football Playoff as the No. 1 seed. Even a loss — the Tide are the only Power 5 unbeaten, after all — doesn’t eliminate Saban and Co. from consideration.

As for Florida, not even delivering a colossal upset and emerging as an unlikely SEC champion will get much attention from the committee.

At best, the Gators would earn that aforementioned Sugar Bowl berth. Would a season-ending trip to New Orleans be considered a successful campaign? Absolutely. Remember, back at Media Days, they weren’t even picked to repeat in the East.

However, make no mistake about it, just because Alabama and Florida won their respective divisions in the best conference in America, that’s where the similarities end. The Crimson Tide are better both offensively and defensively — the Gators might have superior special teams with kicker Eddy Pineiro, but that’s about it — by a wide margin.

Like Saban said, he doesn’t spend a lot of time evaluating other teams. Other teams evaluate him and find themselves wanting.

TRENDING
41,374 READS
Imagine the reaction if an SEC team was caught cheating like Arizona State allegedly did
19,950 READS
Mississippi State tops Texas behind record-breaking performance from pitchers Will Bednar, Landon Sims
11,672 READS
Tennessee shut out by Virginia in opening round College World Series loss, will play elimination game
LATEST NEWS
View All
1 MINUTE AGO
The Supreme Court votes 9-0 in favor of former college players: 'The NCAA is not above the law'
6 minutes ago
Chris Lemonis comments on Mississippi State's win over Texas in the College World Series
15 minutes ago
South Carolina reaches into Texas to land commitment from defensive back Peyton Williams
29 minutes ago
Which big-time coach is next to win his first national title? Paul Finebaum believes Kirby Smart is the answer
1 hour ago
Mike Bianco staying in Oxford, turns down LSU: 'Ole Miss is home'
2 hours ago
Monday's updated College World Series schedule
VIEW MORE