Nick Saban may need to hold off calling Dylan Moses one of his leaders for the 2020 season as it turns out Alabama’s outstanding linebacker may not be returning next season.

Moses officially declared his decision to return to Alabama earlier this week but according to his father/attorney, the junior linebacker may not return to school in 2020.

According to a statement released by Dylan Moses, the holdup has to do with an insurance policy his family took out on him prior to his training camp injury that cost him the entire 2019 season.

Per the statement below, Moses was insured as a “mid-1st round” selection in the 2020 NFL Draft before the injury. Moses recently received a 2nd round evaluation by the NFL advisory board after the linebacker missed the 2019 season.

Now the family has to figure out the insurance policy Moses will qualify for should he return to Alabama in 2020 and the total value he would receive should another terrible injury occur while playing in school.

The statement says Moses will make his final decision on whether to return to Alabama or declare for the 2020 NFL Draft by the Jan. 20, 2020 deadline. 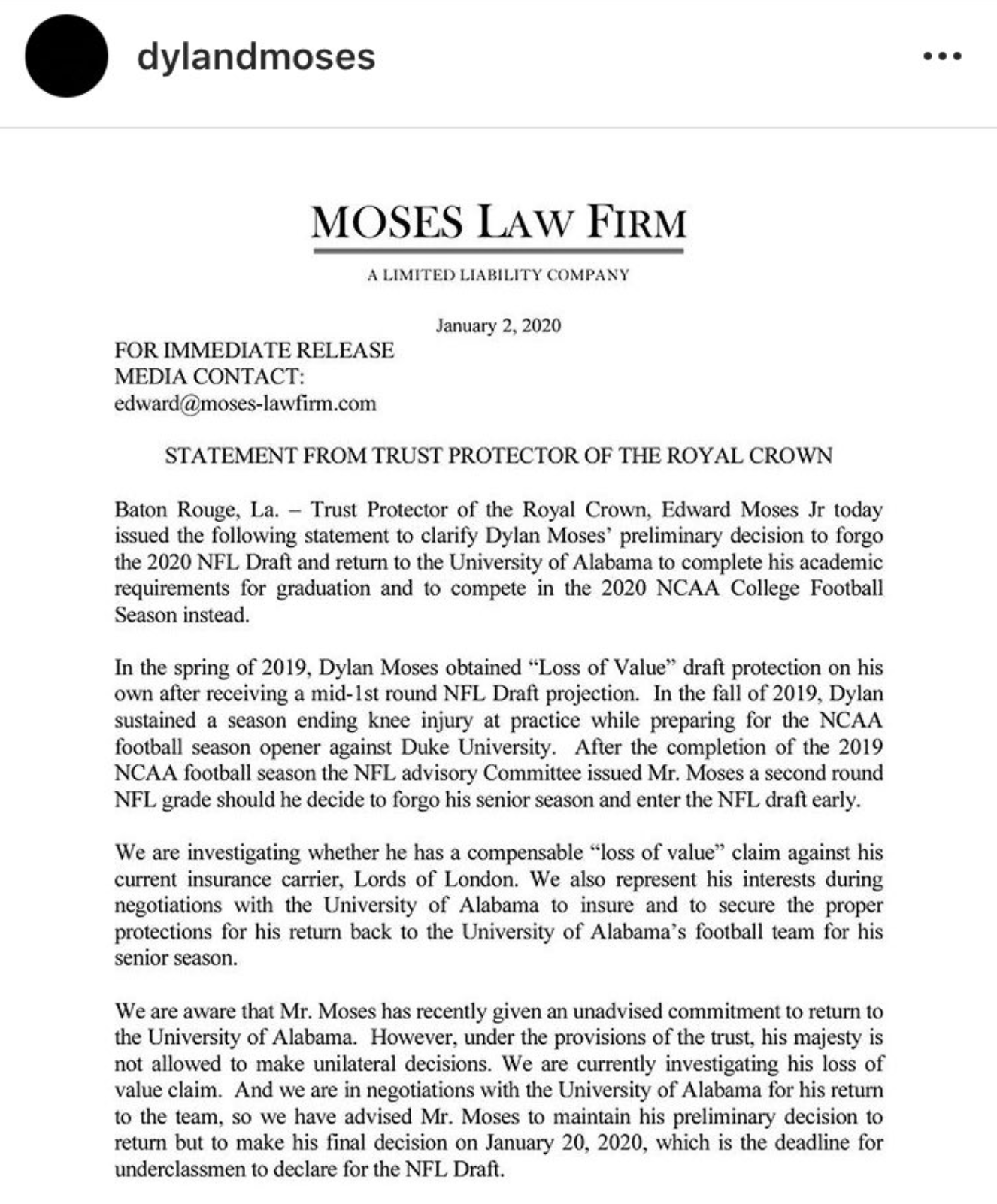