Jay Graham may have just lost some of the goodwill he earned among Vol Nation coaching for Tennessee in 2020.

While Graham has been a member of coaching staffs that have lost to Alabama four years in a row (2020 at Tennessee, 2019 and 2018 at Texas A&M, and 2017 at Florida State), the new Crimson Tide special teams coordinator is not afraid to tout his new program’s winning streaks over others — including his alma mater.

When a Twitter troll responded to a Graham tweet by saying, “5,232 days,” Graham was quick to add, “Ago and counting …” in response.

If you don’t get it, that’s how many days it’s been since Tennessee beat Alabama on the football field.

Graham may not have had anything to do with helping the Crimson Tide extend that streak but now that he’s getting paid by Alabama, he appears to enjoy being on the right side of the ongoing battle between the longtime SEC rivals.

Here is a screenshot of Graham’s first tweet, featuring a graphic of recent five-star signee Koolaid McKinstry and Graham’s response below. 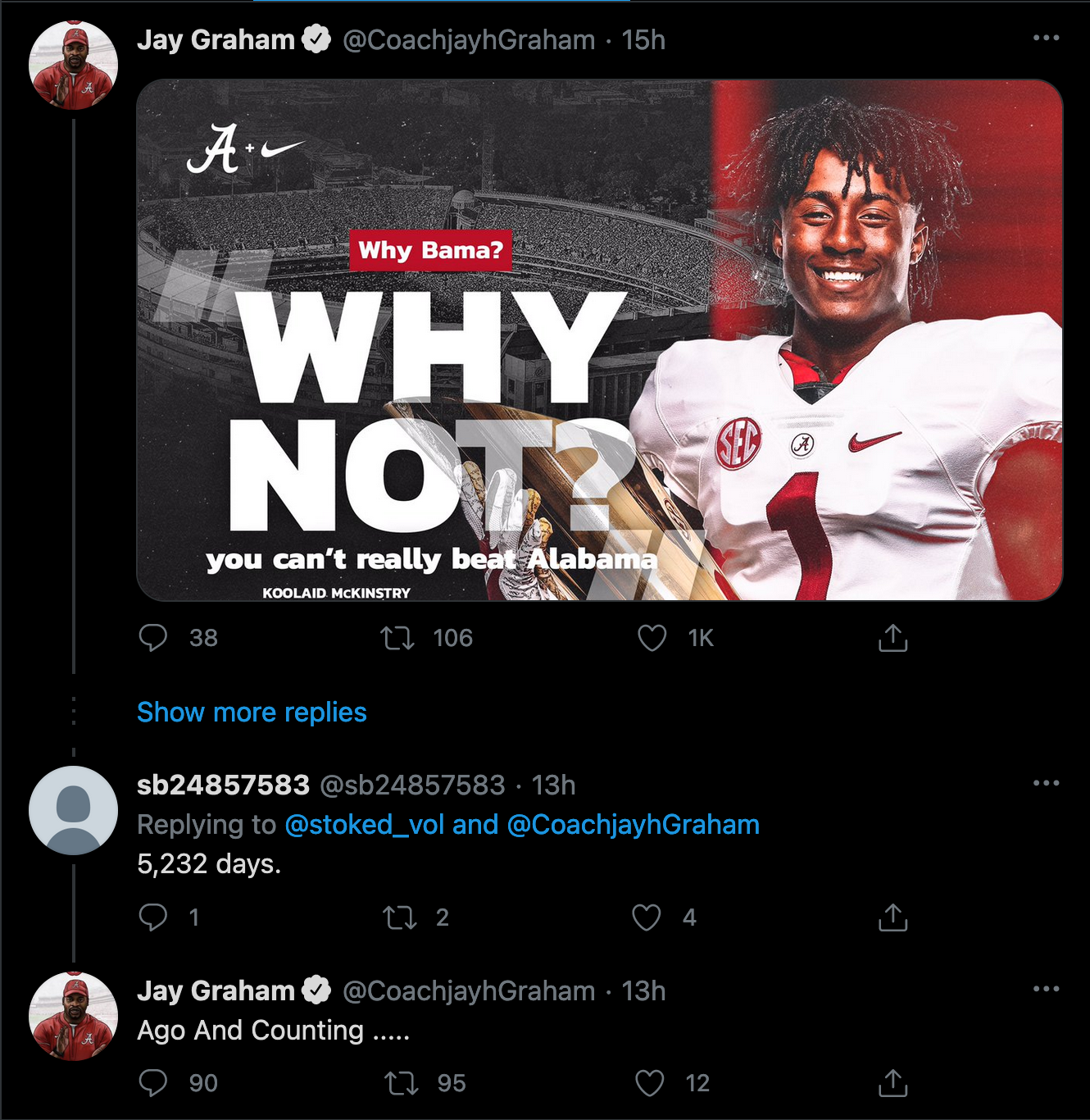