Arguably the biggest storyline of Alabama’s 26-23 win over Georgia in the College Football Playoff was UA coach Nick Saban’s decision to make a switch at quarterback in the second half. It’s only fitting that quarterback made the cover of “Sports Illustrated.”

The SI cover features the pun “fresh heir” with a photo of Tua Tagovailoa running the ball. The cover also promotes a Tagovailoa feature story by SI’s Andy Staples, who dubs the true freshman quarterback “the newest (and youngest) king in the Bama dynasty.”

The cover also makes mention of the 13-0 deficit Alabama faced when Tagovailoa entered the game and credits the freshman with engineering “an epic comeback.” The rookie signal-caller threw three touchdowns, including the game-winner in overtime.

The image, below, was shared on Twitter by Aaron Suttles of The Tuscaloosa News. 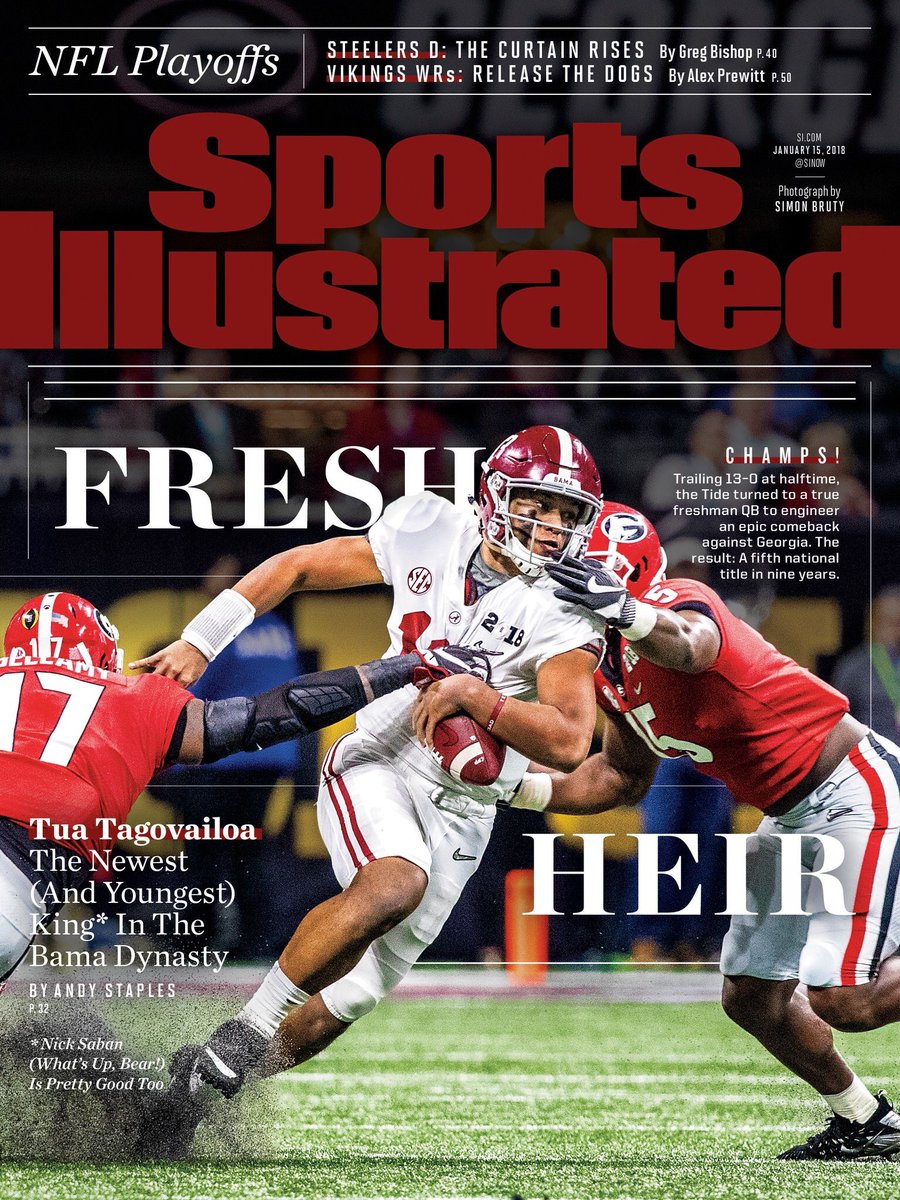