It could not have been easy for Matt Ryan to see the Falcons trade away Julio Jones over the weekend.

The two players have been arguably the best quarterback-receiver combo of the last decade in the NFL, connecting 848 times for 12,896 yards and 60 touchdowns dating back to the 2011 season.

While some quarterbacks may have sounded off after losing a great player and teammate like Jones, Ryan issued a classy farewell, highlighting his relationship with his star receiver and Jones’ incredible production in the NFL.

Check it out below: 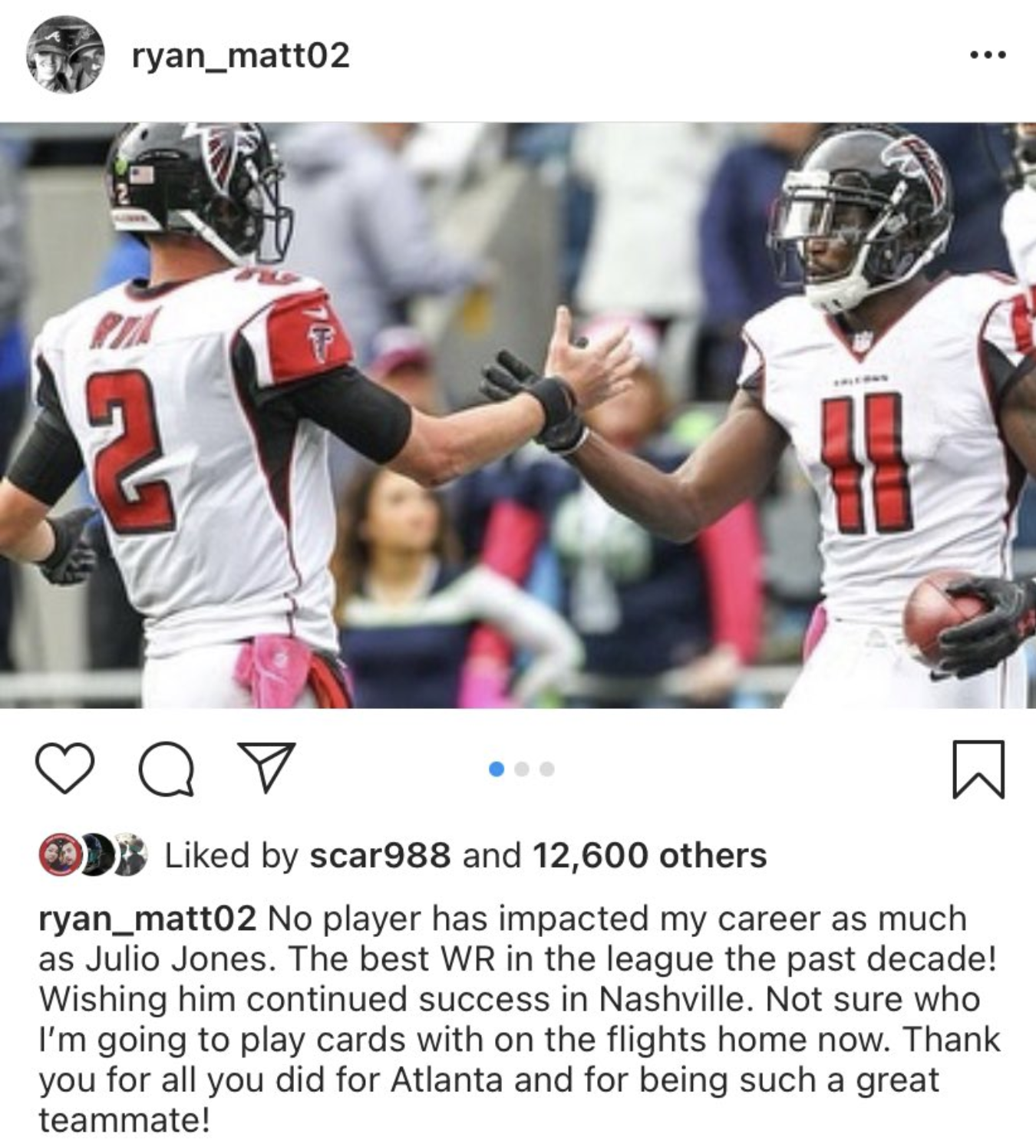