Rumors of Lane Kiffin's maturation have been greatly exaggerated

As soon as Alabama’s season is over, whether it ends with another national championship or an upset along the way, Lane Kiffin is gone.

Having already accepted the head-coaching job at FAU, he’s currently finishing up his duties as the Crimson Tide’s offensive coordinator. In addition to breaking down tape of Washington, he’s filling out his staff with the Owls.

For the uninitiated — and that’s pretty much everyone, even college football fanatics — Florida Atlantic first started its program in 2001 and just wrapped up a 3-9 campaign. While the Tide have arguably the most decorated history in the nation, the Owls were once co-champions of the Sun Belt Conference in 2007 alongside Troy.

Formerly the top face on the totem pole at USC, Tennessee and with the Oakland Raiders, the common narrative is that this is a different Kiffin.

He got the Raiders job at the absurdly young age of 32. Kiffin went 5-15 in one-plus seasons and hasn’t gotten anywhere near the professional game since. The late Al Davis, one of the NFL’s all-time renegades, cursed his name out the door.

SEC fans got to know Kiffin when he landed on his feet with the Volunteers and directed them to a 7-6 mark in 2009. He committed minor recruiting violations — seemingly out of pure ignorance. He talked smack about then-Florida coach Urban Meyer. His courtship of South Carolina-bound receiver Alshon Jeffery was smarmy, to say the least.

Then he bolted Rocky Top after one year to go back to the Trojans. Vols fans literally rioted after being so callously jilted.

While there were more downs than ups for Kiffin at Southern Cal, he did inherit a program in the crosshairs of the NCAA for previous indiscretions. Still, he was infamously fired on the LAX tarmac following a failed midseason road trip. 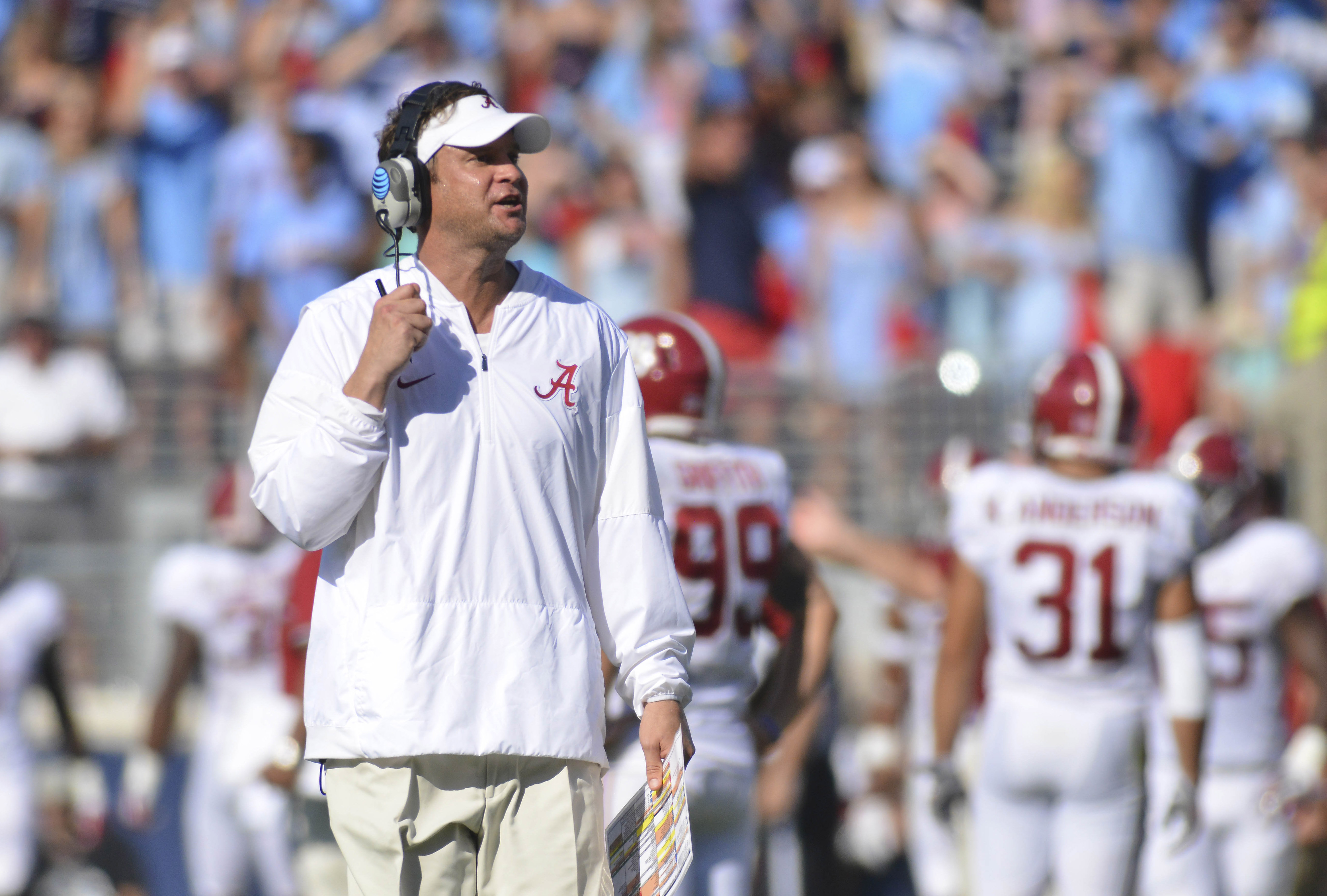 Humbled and hungry for redemption, he arrived in Tuscaloosa in 2014 and has been one of the elite offensive coordinators in America ever since. Three vastly different quarterbacks — Blake Sims, Jake Coker and now Jalen Hurts — have all taken Alabama to the College Football Playoff. Kiffin (above) deserves a lot of credit for that.

However, to suggest that Kiffin is better equipped to be a head coach again after working for Nick Saban is presumptive at best, naive at worst.

The first player to sign with FAU after Kiffin was hired? De’Andre Johnson, a four-star recruit for the class of 2015 that originally signed with Florida State. He was a Seminole for about six months before being dismissed.

Like the Joe Mixon situation at Oklahoma, Johnson turned an altercation with a female student into a vicious crime. While Sooners coach Bob Stoops only suspended Mixon for a season — a glorified redshirt, really — FSU’s Jimbo Fisher kicked Johnson off the team. By the way, he’d committed to the ‘Noles as a freshman in high school.

To be fair, Kiffin didn’t actively recruit Johnson. Florida Atlantic was his presumptive landing spot after a year at the JUCO ranks.

“I’ve never even met him,” Kiffin told reporters Wednesday during preparations for the Chick-fil-A Peach Bowl. “I wouldn’t know him if he walked in the room, so it was something the president and the athletic director and the previous staff had done a ton of research.

“They had connections to the junior college he was at. They brought him in, spent 48 hours around him. They had already sent him his papers. That was totally in place and already done before I got there.”

Even if all of that is entirely true, and there’s no reason to believe it isn’t, it’s not a good look for Kiffin. Johnson (below) will be the face of his first team with the Owls, and with it comes an awful lot of scrutiny. 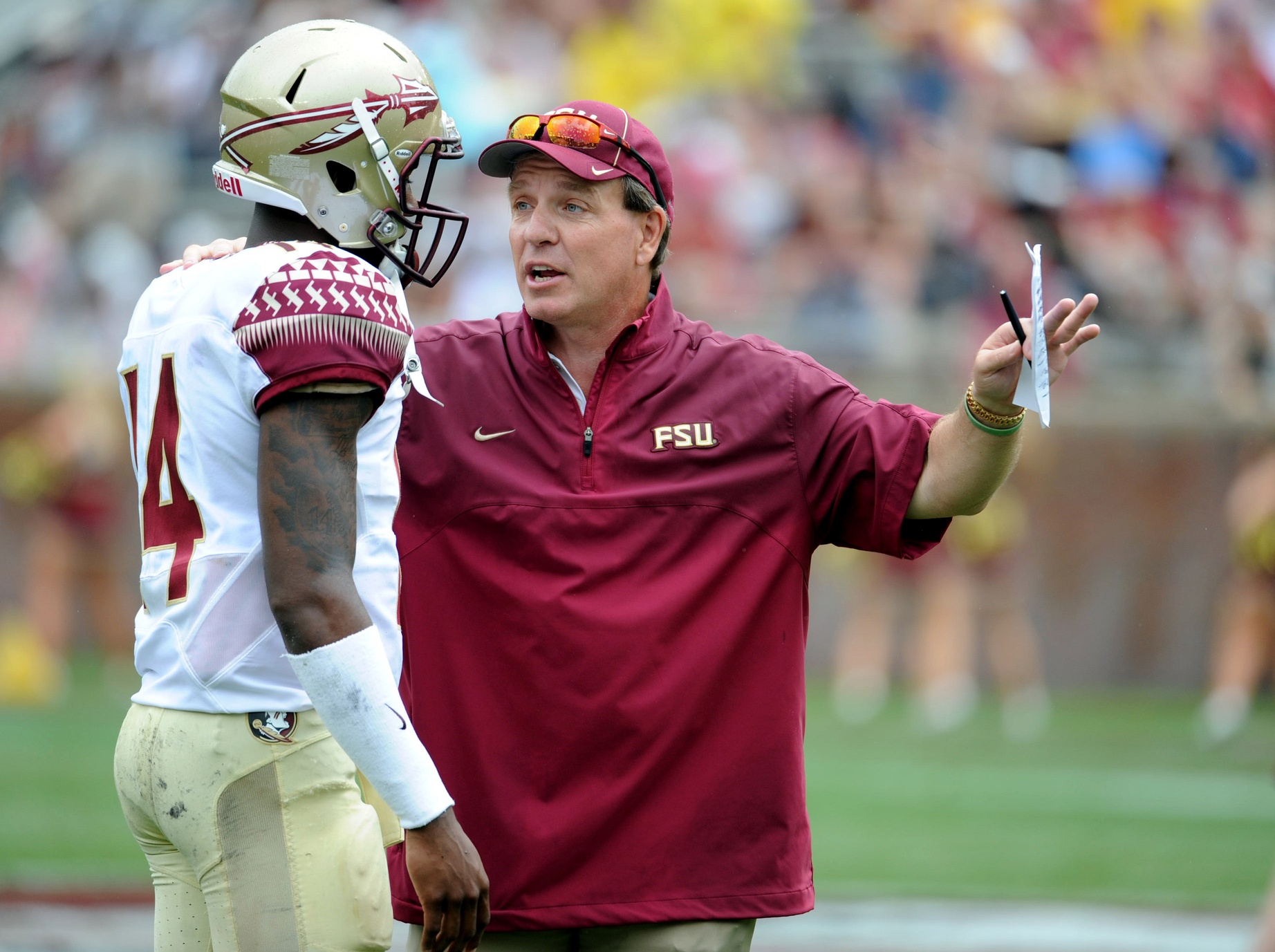 It’s already assumed that FAU is little more than a weigh station for Kiffin. As soon as his image as a head coach cleans up a bit, he’ll be off to bigger and better things at a more legitimate program — presumably at a Power 5 school. Whatever the over/under is for him in Boca Raton, bet the under. I give him two years, tops.

No, Kiffin didn’t recruit Johnson. But he didn’t turn him away, either. As is always the case, more talent means more chances.

There are growing numbers of QBs transferring in and out all over the nation. It wouldn’t have been too hard for Kiffin to find another passer long on measurables but short on opportunity eager to join him in the Sunshine State.

Kiffin wasn’t done, though. Keeping with the theme of violence against women — coincidentally, of course, but no less of a stunner — he hired one-time Baylor offensive coordinator Kendal Briles to be his play caller and quarterbacks coach. The son of Art Briles, the disgraced former coach of the Bears, he was thought by many to be unhirable.

Johnson’s episode may well have been a singular lapse in judgment. On the other hand, what went on in Waco was apparently serial in nature.

“I don’t think because you’re on a staff and there’s an issue going on and nobody has said you’re directly involved in that it should follow you,” Kiffin said. “I think that’s a different situation.”

How responsible was the younger Briles for all the atrocities allegedly committed in Waco on his old man’s watch? More than likely, we’ll never know. Nonetheless, simply being associated with him — no matter how productive Johnson can be running an Air Raid-style system — invites more of the wrong kind of attention on Kiffin.