We are just over a week out from the 2020 NFL Draft and the latest mock draft from ESPN NFL Draft expert Mel Kiper Jr. suggests Tua Tagovailoa is sliding down the draft board.

Depending on who you believe, this news is interesting as Tagovailoa has received rave reviews from many following his recent virtual Pro Day held in Nashville. While NFL teams were not permitted to attend the event, representatives for Tagovailoa sent the video out to all 32 league teams.

If you didn’t catch Tagovailoa’s virtual Pro Day, you can view video from the event here.

Either way, Kiper has updated his mock draft and taken Tagovailoa out of the No. 5 spot and has selected Justin Herbert to be drafted by the Miami Dolphins.

Tagovailoa hasn’t dropped far in the mock, as Kiper has the former Alabama quarterback being taken No. 6 overall by the Los Angeles Chargers. 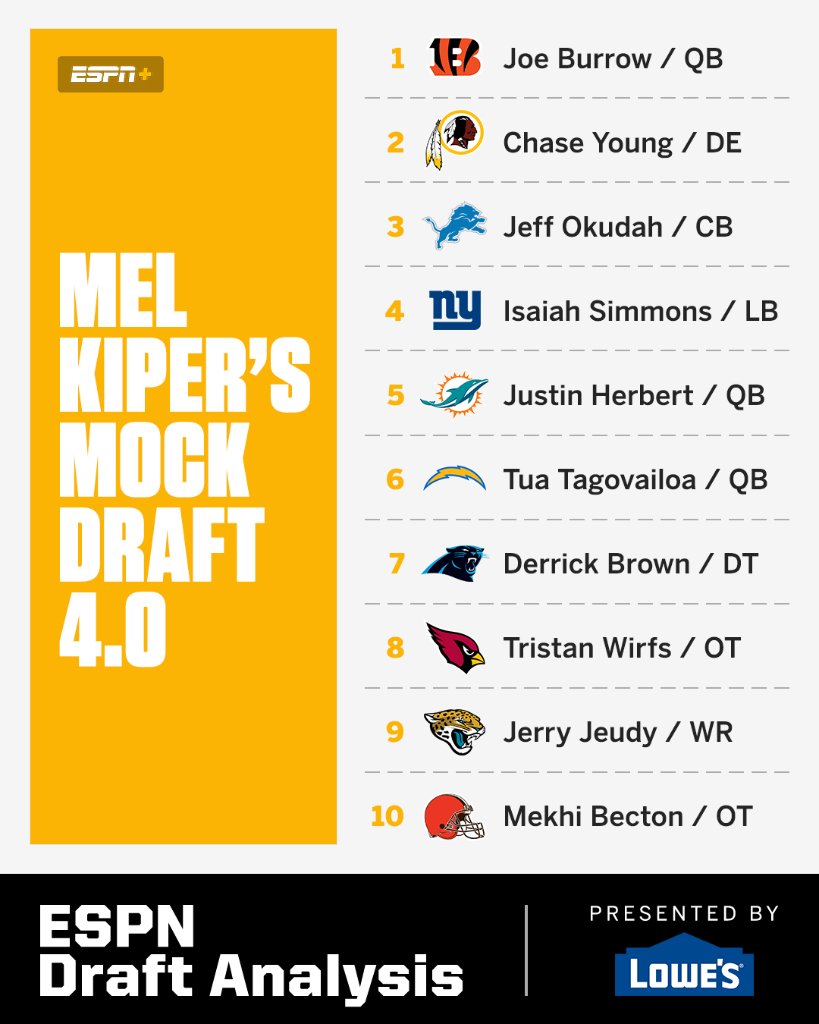