Chad Morris received some big news for his second season at Arkansas.

Razorbacks DL McTelvin Agim, who submitted paperwork for a draft evaluation from the NFL advisory committee, announced Thursday that he will be returning for his senior season. The former 5-star prospect out of Hope, Ark. was part of the 2016 class. Three years removed from graduating high school he is eligible to declare for the 2019 NFL Draft, but has instead to come back and play for the Hogs.

Agim led Arkansas in Arkansas tackles for loss, recording 10 in 12 appearances this past season. He was second on the team in sacks with 4.5, behind senior DL Armon Watts (7).

The announcement was made via a note shared on Agim’s Twitter account. Linebacker De’Jon Harris is also returning. Arkansas is awaiting a decision from CB Ryan Pulley. 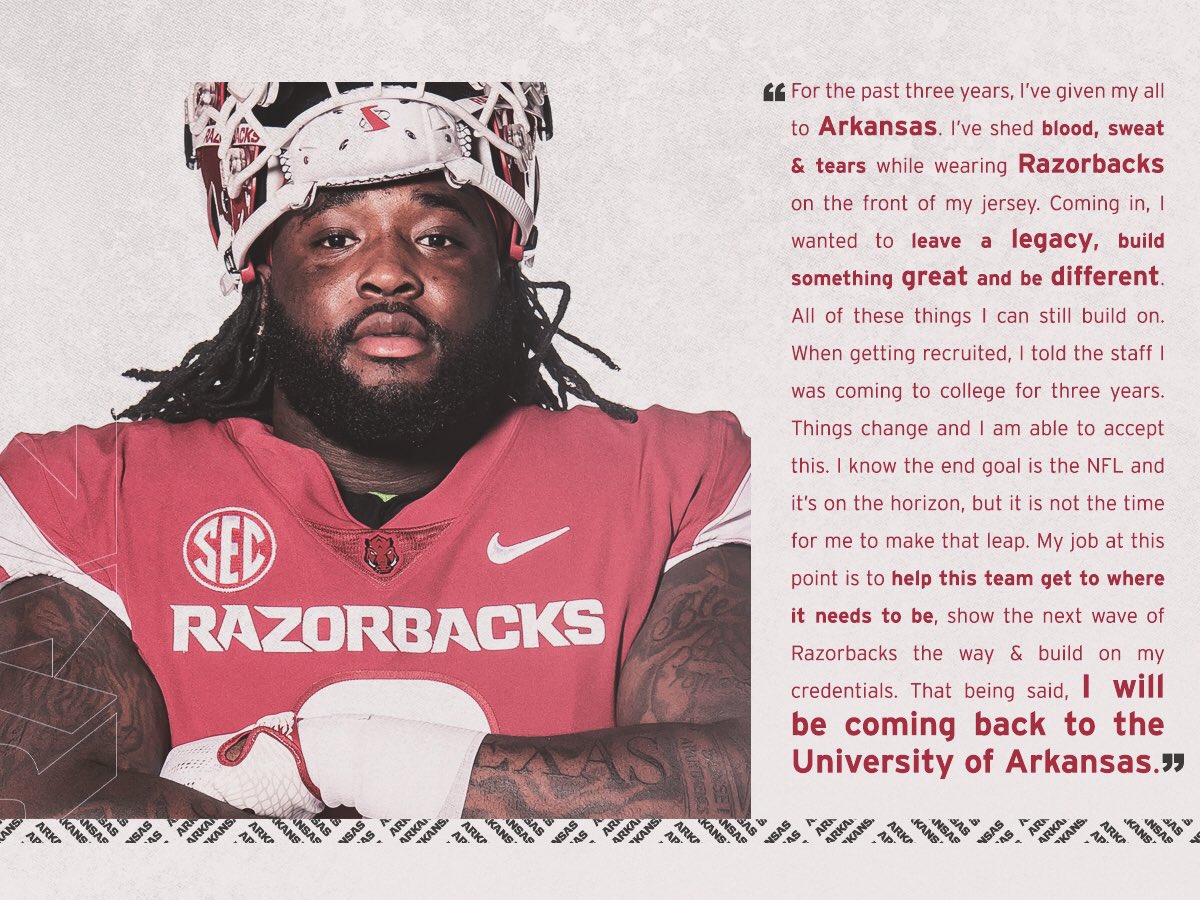