With any head coaching vacancy, a variety of names tend to pop up and get discussed in earnest, regardless of how remote the possibility is of the school landing a candidate.

Though tossing about those names does carry a modicum of entertainment value, for Arkansas, this is a critical hire — one that must give the Razorbacks the best chance at becoming relevant again in the SEC.

Here are the top five candidates who are being discussed as possible replacements for Chad Morris, who was let go on Sunday less than two years into his employment as head coach. Whether or not these five are even being seriously considered is irrelevant for this exercise.

Considered an Arkansas guy (he played and began his coaching career as a GA at Central Arkansas), Norvell has done a good job with Memphis. In his fourth season there, he has the Tigers in contention for a Cotton Bowl berth. Norvell was passed over for Morris in Arkansas’ previous search, so there may or may not be some ill will lingering. Norvell could continue to build with the type of players Morris recruited, which is important. Part of Morris’ problem was that he was trying to reimagine the Razorbacks’ offense, making a complete overhaul of it.

Like Norvell, Auburn’s Malzahn is considered an Arkansas guy (he played and coached at Arkansas), and like Norvell, he could continue on and build with the type of player Morris was recruiting. That should be considered a key element in the coaching search. Not only would it prevent another roster overhaul, but it would follow a successful trend of offense that Alabama brought to the SEC and one that LSU is now employing with tremendous success.

Same as above with regards to roster management and the trend in the SEC, going from a defense-oriented league to one dominated by fast-paced, wide-open offenses. Oh, the fun we’d have with Leach, currently Washington State’s coach, regaling us in his press conferences about things that have absolutely nothing to do with football. If nothing else, he’d bring interest back to the Arkansas program. And he’d win a few games along the way, as well. 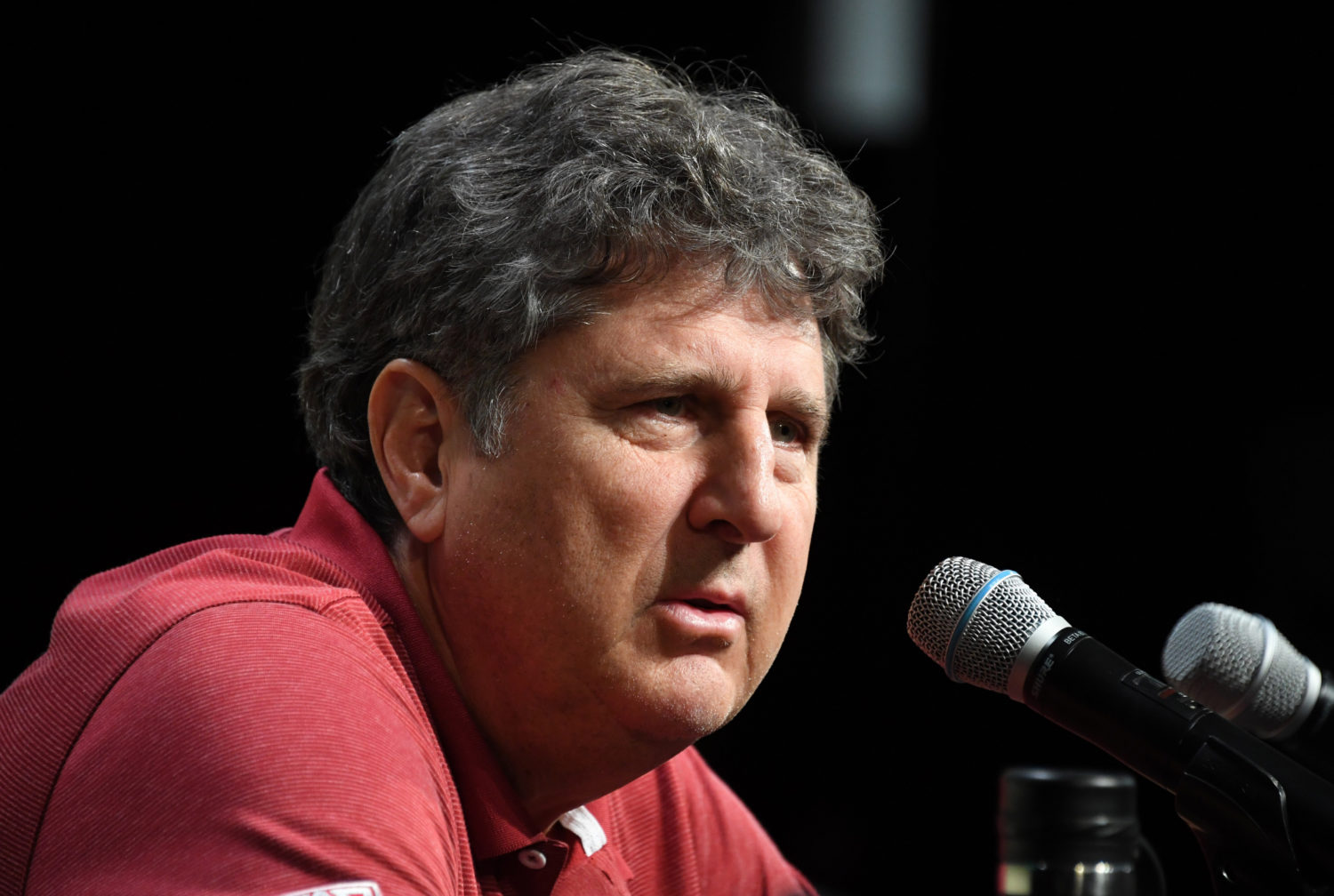 Is he really a serious candidate, or is agent Jimmy Sexton just doing what he does best, shining a spotlight on his clients and pumping them up as though they’re the best coach in the room? Jones seemed to have Tennessee headed in the right direction before a terrible 2017 sent him packing after consecutive nine-win seasons. The Razorbacks could certainly do worse, and have, but Jones wouldn’t be at the top of my list. He may be an excellent coach — Nick Saban wouldn’t have him roaming the sideline at Alabama if he weren’t — but he just comes across too much like Sgt. Carter in Gomer Pyle (check your MeTV local listings): a likable yet bumbling stooge. But that’s just me.

• Social media reacts to Jones being linked to job

Who’s ready to hop aboard the Lane Train? His offense would play at Arkansas, and he would certainly bring attention to the program, both good and bad. He was 7-6 in his only year as head coach at Tennessee, which in hindsight doesn’t look so bad now. And the same could be said for a 28-15 record over three-plus seasons as head coach at USC, a resume that included a 10-win season (10-2 in 2011), during which time the Trojans were under NCAA sanctions. So maybe it’s time for the Lane Train to steam on into Fayetteville?

That’s the list, but here’s a question to ponder. Does Arkansas already have its man in interim coach Barry Lunney Jr.? Before you laugh, consider this: He wouldn’t be the first current SEC West head coach to win the job after getting an opportunity first as that school’s interim. He wouldn’t even be the second.

Matt Luke was the interim at Ole Miss in 2017 before becoming the Rebels’ head coach the following season. And, of course, Ed Orgeron was the LSU interim in 2016 and became the head coach in 2017. He hasn’t done too badly since.

Over these final two games, albeit a small sample size, we’ll get somewhat of a feel for just how well the Razorbacks react to Lunney’s style. Who knows — maybe Arkansas’ next head coach is already on staff. Is the job already his to lose?