Unfortunate injury news to pass along out of Detroit. Former Arkansas offensive lineman had to be carted off the field during Detroit’s preseason game against the Indianapolis Colts.

Really tough break for Dan Skipper, who is being carted off after a leg injury. Was pushing for a roster spot as the fourth tackle.

Fellow former Razorback Frank Ragnow visited Skipper as he was carted off the field.

Goff, Decker and Ragnow all out to support Dan Skipper as he’s carted off the field.

Skipper has been in the NFL since 2017, spending time with the Dallas Cowboys, Detroit Lions, Denver Broncos, New England Patriots and Houston Texans. He has played in 12 NFL games. 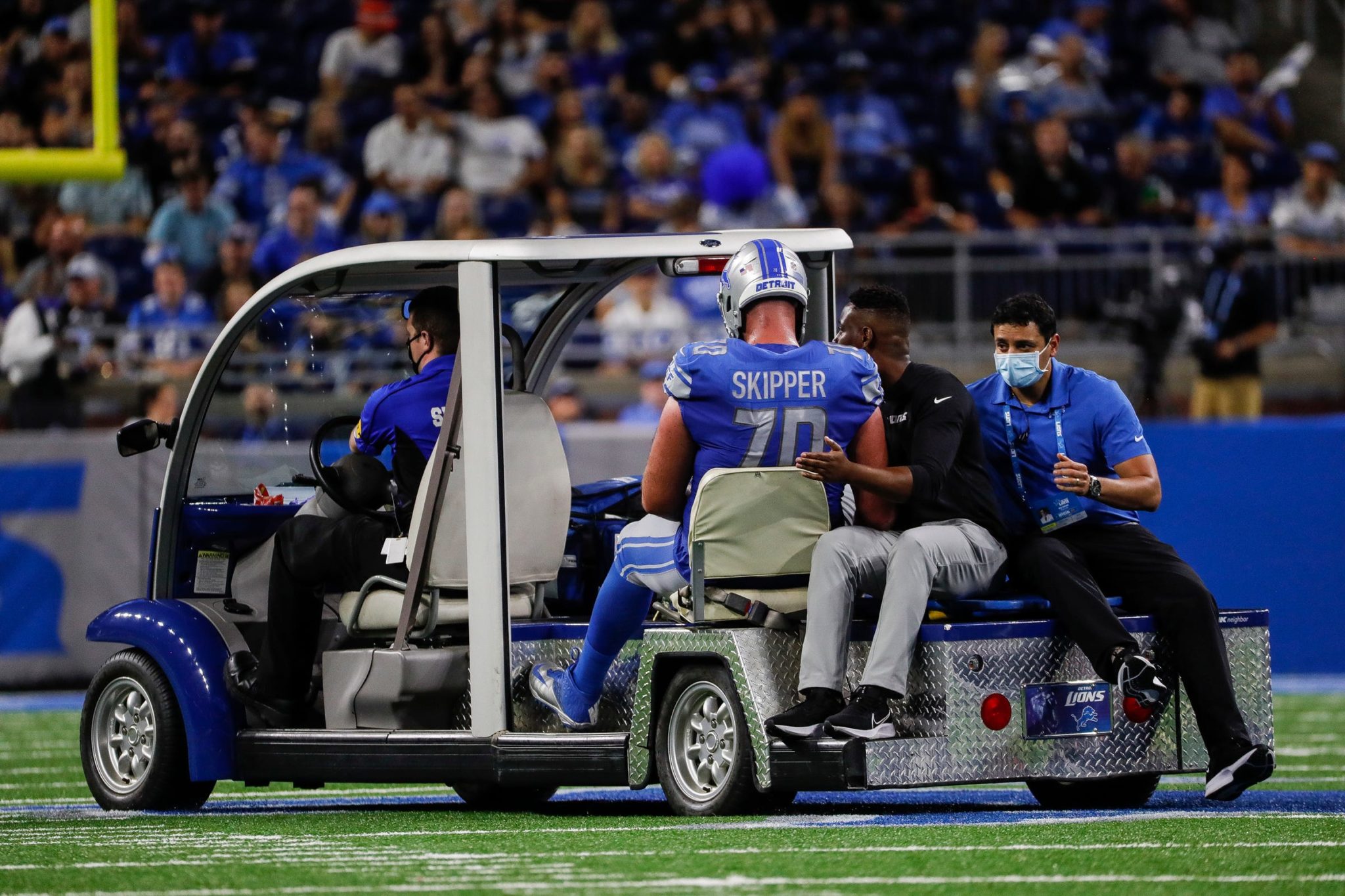 Detroit Lions offensive tackle Dan Skipper (70) is taken off the field due to injury during the first half of a preseason game against Indianapolis Colts at Ford Field in Detroit, Friday, August 27, 2021.