Just when it looked like Arkansas may have been done on the line of scrimmage, Chad Morris’ program has added yet another lineman to the program’s 2019 recruiting class.

The latest commitment comes from Tulsa native Ricky Stromberg of Union High School. The 6-foot-3, 280-pound lineman had been committed to Tulsa before landing a scholarship offer to Arkansas on Monday. Less than 24 hours later, he’s now a member of the best recruiting class in Razorback history.

247Sports ranks Stromberg as a four-star prospect and the nation’s No. 19 offensive guard recruit. Following this pledge, the Razorbacks now have six offensive linemen committed in the upcoming recruiting class.

Stromberg announced his decision with the following message on social media: 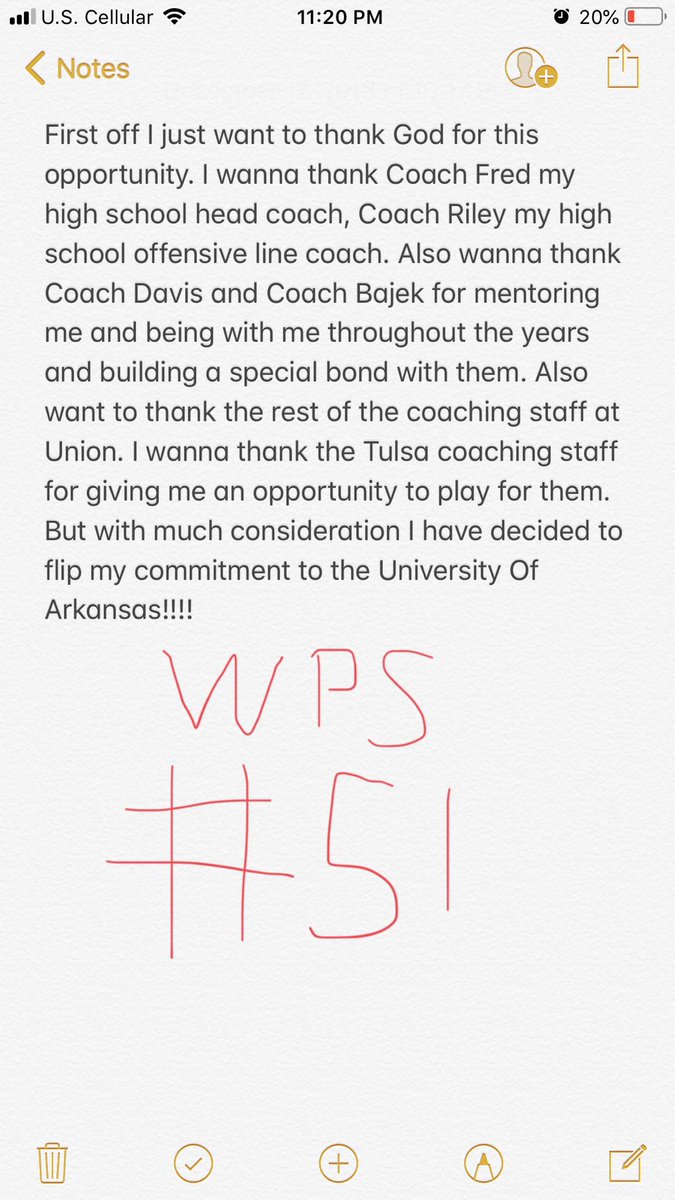 Arkansas now holds commitments from 26 prospects and will be looking to add a few more to wrap up the 2019 recruiting class. The class ranks as the nation’s No. 18 recruiting class, according to 247Sports.

To get an idea of the type of player Stromberg could be for the Razorbacks, check out his Union High School highlight reel from his senior season: