LOOK: Here's the letter Jeff Long received informing him he was let go by Arkansas

On Wednesday, the University of Arkansas made the decision to fire athletic director Jeff Long, ending his tenure with the school he’s been with since 2008.

Many have speculated that the university made the decision to replace Long in order to then fire coach Bret Bielema, but that part of the equation has yet to be made official.

The university informed Long of his termination with a letter from the chancellor, which was obtained by KATV News on Wednesday, as you can see in the pictures below: 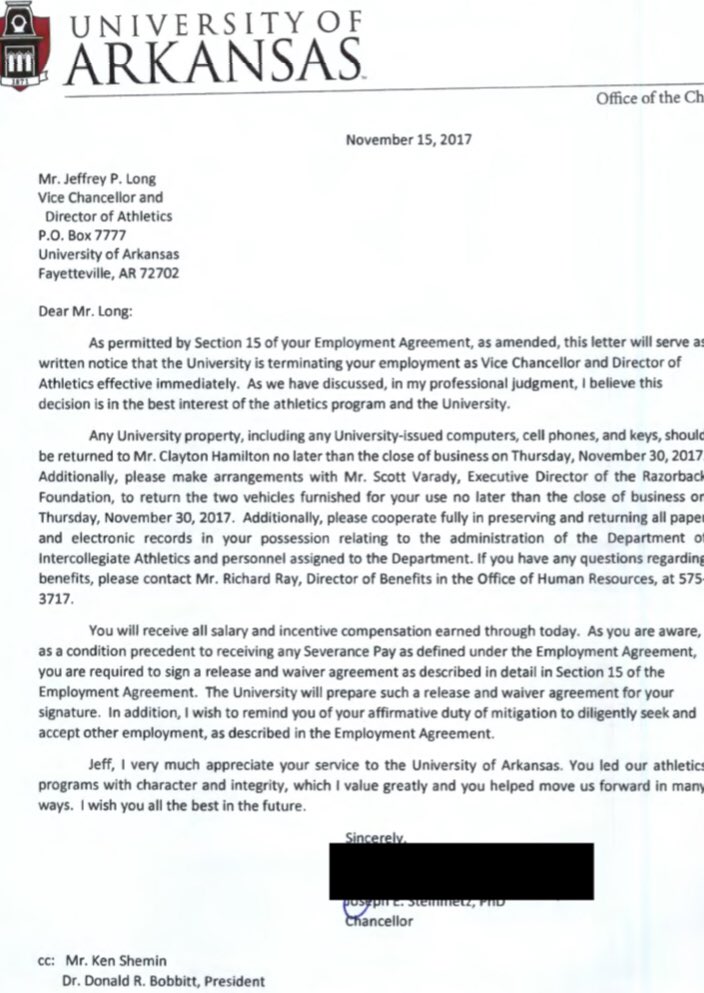 It remains to be seen who Arkansas will hire as the next athletic director, but the search will be an important one for the Hogs.

Whether this means Bielema will keep his job until a new AD is hired or not is unclear, but the writing may be on the wall for the embattled coach.