Treylon Burks makes decision on future ahead of Outback Bowl vs. Penn State

Treylon Burks was one of the best receivers in the SEC this year and will potentially be a first-round pick in the 2022 NFL Draft.

With that draft stock in mind, Burks has decided to end his Arkansas career and opt out of the Hogs’ upcoming Outback Bowl matchup against Penn State.

As you can see below, Burks took to Twitter on Wednesday afternoon to announce his decision: 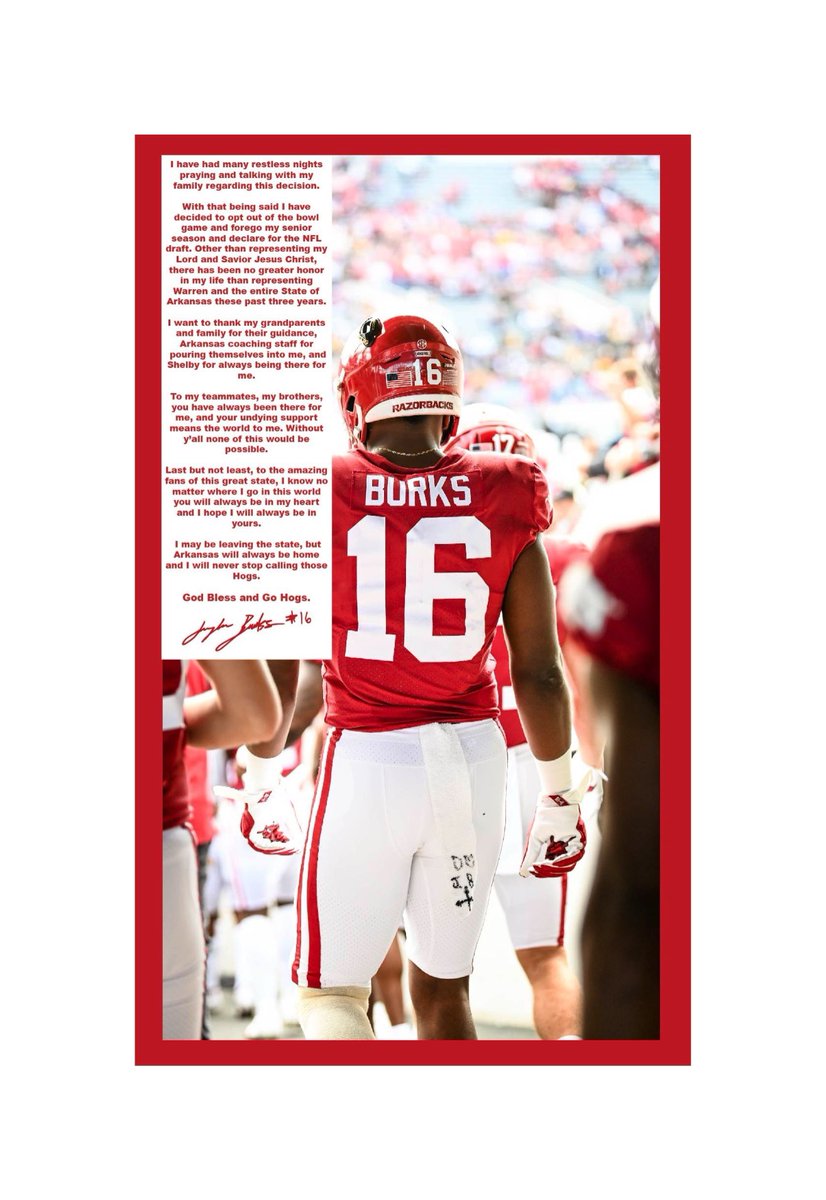 That’s a big loss for the Arkansas offense against the Nittany Lions, but Burks has to do what’s best for his future. He’s decided to avoid risking an injury that would hurt his NFL Draft stock.