Auburn football: Have Tigers and their fans checked out of the Malzahn era?

I’m not sure what I watched take place at Jordan-Hare Stadium on Saturday.

Auburn, facing an overmatched opponent that had struggled to stop anyone this season, walked through a game with the energy of an intern getting another round of coffees. The crowd, blaming the cold that wasn’t really that cold, all but made it sound like a December NFL game between teams already out of the playoff race.

And the offensive play-calling? Yuck.

It was distressing to see a team coming off a tough loss to LSU — one in which it felt like it had been somewhat cheated by the referees — put together a stinker of a game, albeit in a win. The fans matched the team’s energy. It is hard not to point a major finger at Gus Malzahn for not having his team ready and for the offense, although it put up 507 total yards, coming away with just 20 points.

Members of the defense called out the fans. Quarterback Bo Nix — who, once again, Malzahn decided needed to continually throw quick out routes to gain some confidence — spoke out on Sunday about how Joey Gatewood, his backup who decided to transfer out of the program last week, was mishandled.

That “we are a team and will stay a team together” attitude can only last so long. It will be interesting to hear what Malzahn has to say about Nix’s comments. Frankly, I’m surprised the quarterback decided to speak out, even though he has a valid point. Is this him wondering if Malzahn is the right coach for him?

You can sense some fractioning abounding in the locker room.

I wrote last week that I expected the team to rebound from the LSU loss like in 2017 and come out with fire for the rest of the season, toppling rivals Georgia and Alabama in the home confines. After Saturday night, and after seeing Malzahn’s squad play against the Rebels as if it were a preseason scrimmage, my opinion has taken a full 180.

And, with the atmosphere lacking and considering that the team feeds off the fans making noise, it shouldn’t have come as a shock. It had the feeling of a crowd expecting the offense to struggle, the defense doing enough to win and everyone half-heartedly rolling Toomer’s Corner and heading home.

It almost turned into a letdown a la the 2018 Tennessee game.

Some bright points were there. The defense held the Rebels to just 99 yards passing. D.J. Williams looks like the real deal and should see the field often for the rest of the season. 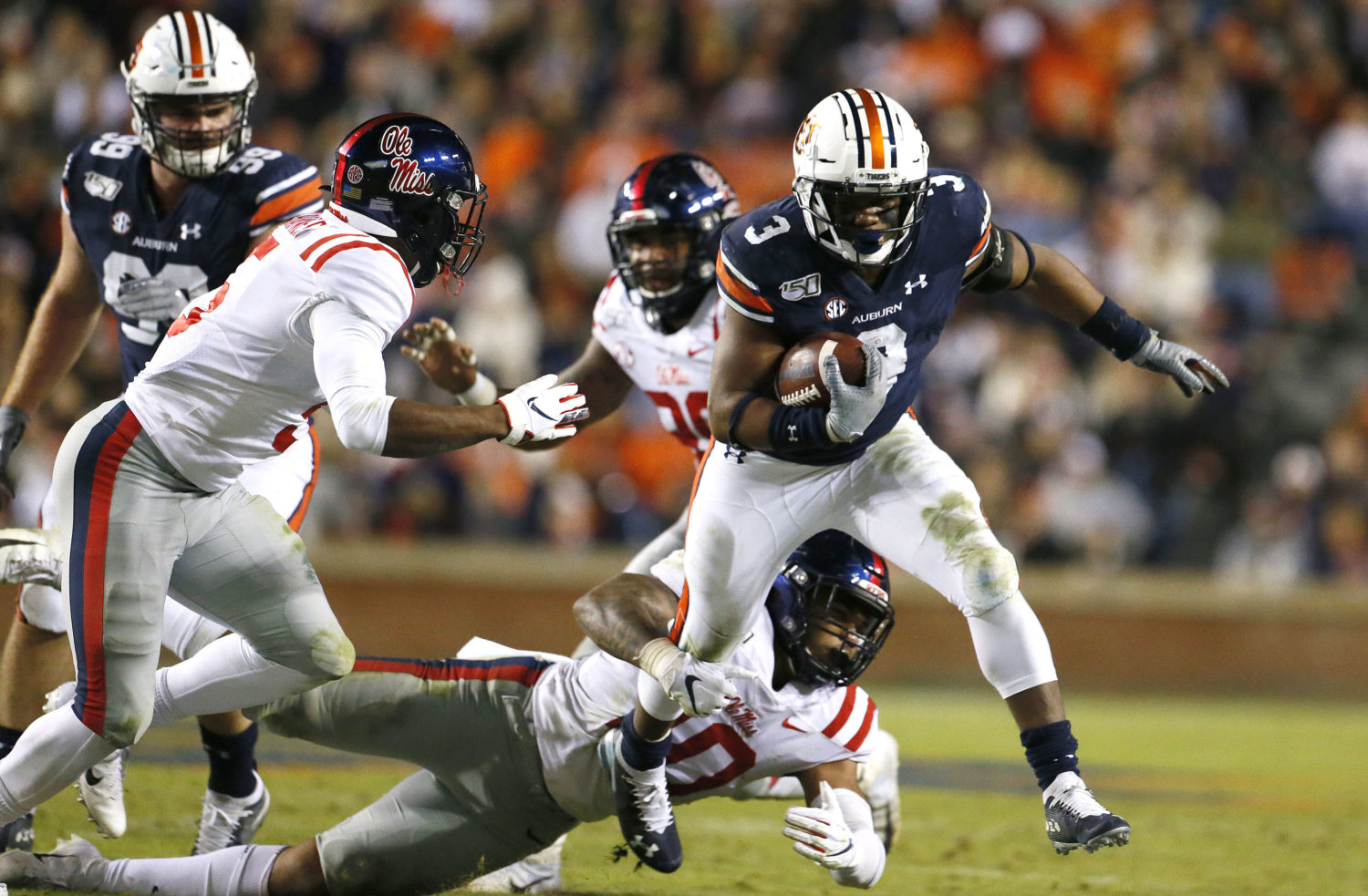 D.J. Williams ran for 93 yards and a TD to spark the Auburn offense out of its doldrums. Photo by: John Reed-USA TODAY Sports

But those were overshadowed by the obvious. There was no celebrating, but more of a sigh of relief when Christian Tutt intercepted a pass from John Rhys Plumlee to seal the win. And a sigh of relief is being nice.

So where do the Tigers go from here? Certainly the fans will be more amped up for the battles against the Bulldogs and Crimson Tide, but how long will they be able to keep it up if (and it is likely) the offense continues stalling? Even at 7-2, has the fan base checked out on this season and Malzahn?

It is difficult to see this offense getting to the point where it will be able to hang with Kirby Smart’s and Nick Saban’s teams. The defense will be able to do only so much, and the division between the two sides on the sideline will start to grow.

As one fan texted me on Saturday night in the third quarter: “Can we start passing around to collect money for the buyout?”

The way things are headed, this could become an extremely ugly end to what seemed like a promising season. More importantly, it could be the dagger to what was a promising start to a tenure for Malzahn.