As the seconds ticked off the clock at Jordan-Hare Stadium on Saturday, the focus quickly turned from Samford to Alabama, and for Gus Malzahn, an opportunity to shut up the critics.

Everything is set up for Auburn to pull off the upset next Saturday — some unfortunate, such as the injury to Crimson Tide quarterback Tua Tagovailoa, who, if you don’t mind my saying, exemplified a lot of what we want in college football players.

There will be a homefield advantage that, when Auburn is at its best, is one of the toughest in the nation. A defense that continues to show why it is both feared and respected. An offense that might (that is a big “might,” considering the opponent) have found something in its rushing attack with a health Boobee Whitlow back and D.J. Williams proving himself capable.

So, pardon me if I do this for what seems like the third or fourth time this season alone, but the game now lies in the hands of Malzahn and his play-calling.

The most memorable images of the coach have, not incidentally, come after his two wins against Nick Saban and the Crimson Tide. One, his visor being stolen from an adoring fan just minutes after the famous Kick Six. And then the second, smiling with Jarrett Stidham right after the quarterback sealed the game in 2017, knocking ‘Bama off its perch (but not as long as many thought.) 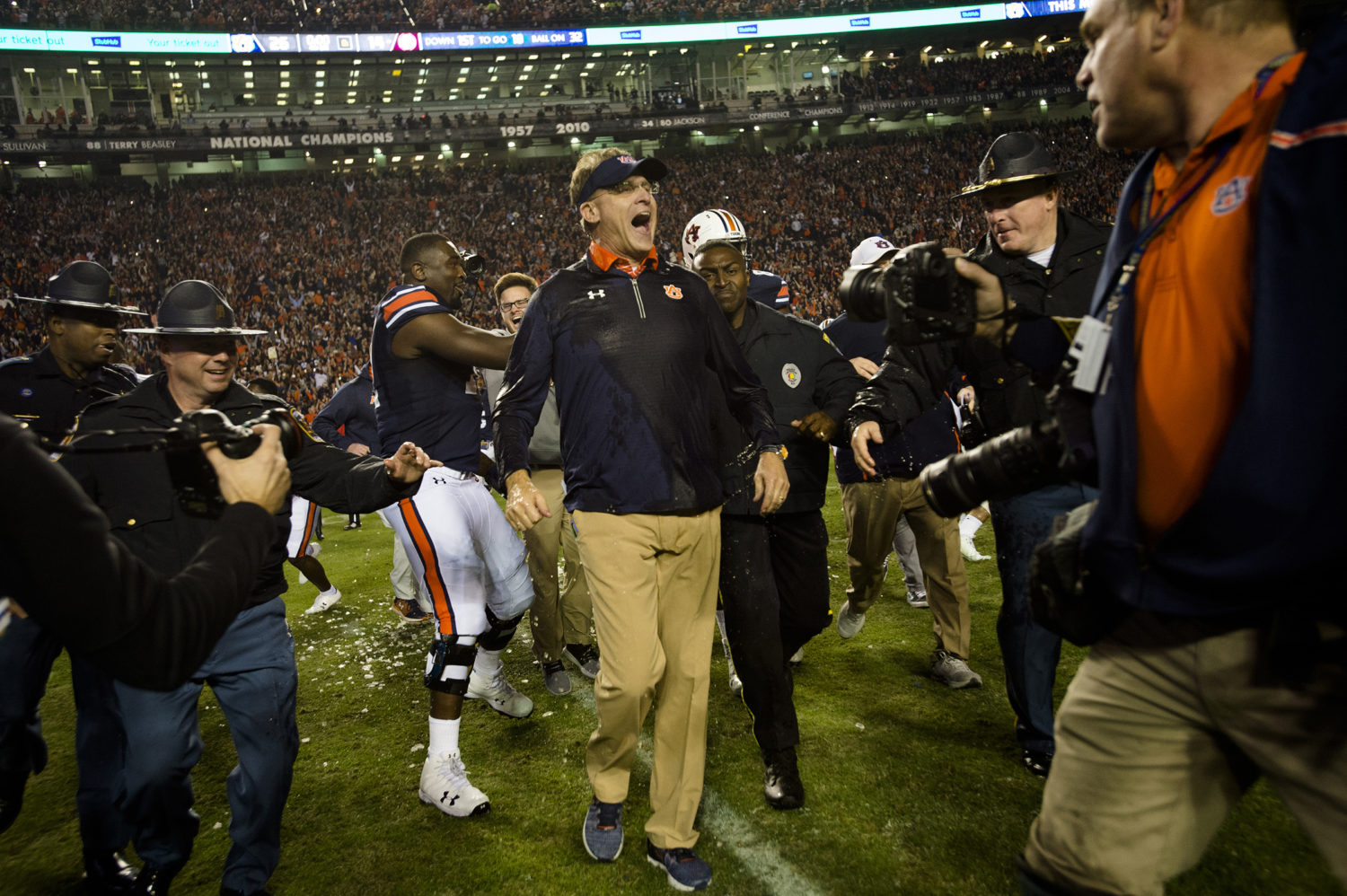 It might be a cliche that the measure of a coach’s success comes in his record against the program’s major rival, but we have seen that beating Alabama can be the ingredient that turns a nasty recipe into a delicacy. The best example came just 16 years ago, when Tommy Tuberville, all but gone from his head coaching position for the Tigers, defeated the Tide at home. Sure, there were a lot of other factors that went into keeping him — mostly the rogue boosters and athletic employees acting like Chevy Chase and Dan Aykroyd as screw-ups in Spies Like Us — but that victory kept Tuberville on the Plains.

Now, here is the opportunity for Malzahn to have his next moment during his tenure at Auburn. Yes, I have been extremely hard on the coach, but it comes out of a place where I see potential on offense not being realized and hearing the same answers at every press conference for the past six-plus seasons. Is he a good coach? Yes, he is. Is he the right person to lead Auburn? Maybe.

But none of that will matter if he sticks to what has been killing the Tigers all year: trick plays that ruin momentum and don’t work, since teams figured them out years ago; not putting Bo Nix in the best position to succeed by at least trying to give the running game an attempt to get going; and, most importantly, going three-and-out and putting your top-notch defense into difficult situations time and time again.

Malzahn is 2-4 against Alabama. Earn another victory and knock the Crimson Tide out of the Playoff once and for all, and things will be sunny. Lose? Well, that puts your record against the Big Three (Alabama, UGA and LSU) at 6-15. The Auburn fanbase might be nuts at times, and the boosters and powers-that-be are even worse, but that won’t be acceptable to anyone.

Malzahn is practically coaching for his job on Saturday, no matter what athletic director Allen Greene says. The magic must return, or it will be sayonara to something that seemed too good to fail.

It’s now up to the man himself. Let’s see how he responds.