Auburn wanted to make sure no one forgot who won the most recent Iron Bowl.

The best way to do that? Plaster 2019 Iron Bowl victory banners all over the program’s indoor practice facility.

The Tigers won a thriller in the latest showdown against archrival Alabama by beating the Crimson Tide 48-45 back on Nov. 30 to end the regular season with the biggest win of the season for Gus Malzahn’s team.

The way former Auburn defensive back Noah Igbinoghene told it at the 2020 NFL Combine, the Tigers are in a great position to take over the series in the years to come.

“I feel like Auburn has come around as the best in that state,” Igbinoghene said according to Mike Rodak of AL.com. “So I really feel like the next couple years we’re gonna show that. Recruiting, everything. The coaches are winning. So I’ll see. We’ll all see.”

That feeling must be mutual on The Plains as the Tigers have installed several banners celebrating the program’s 2019 win over Alabama.

Check out the photos below, courtesy of Justin Ferguson of The Athletic: 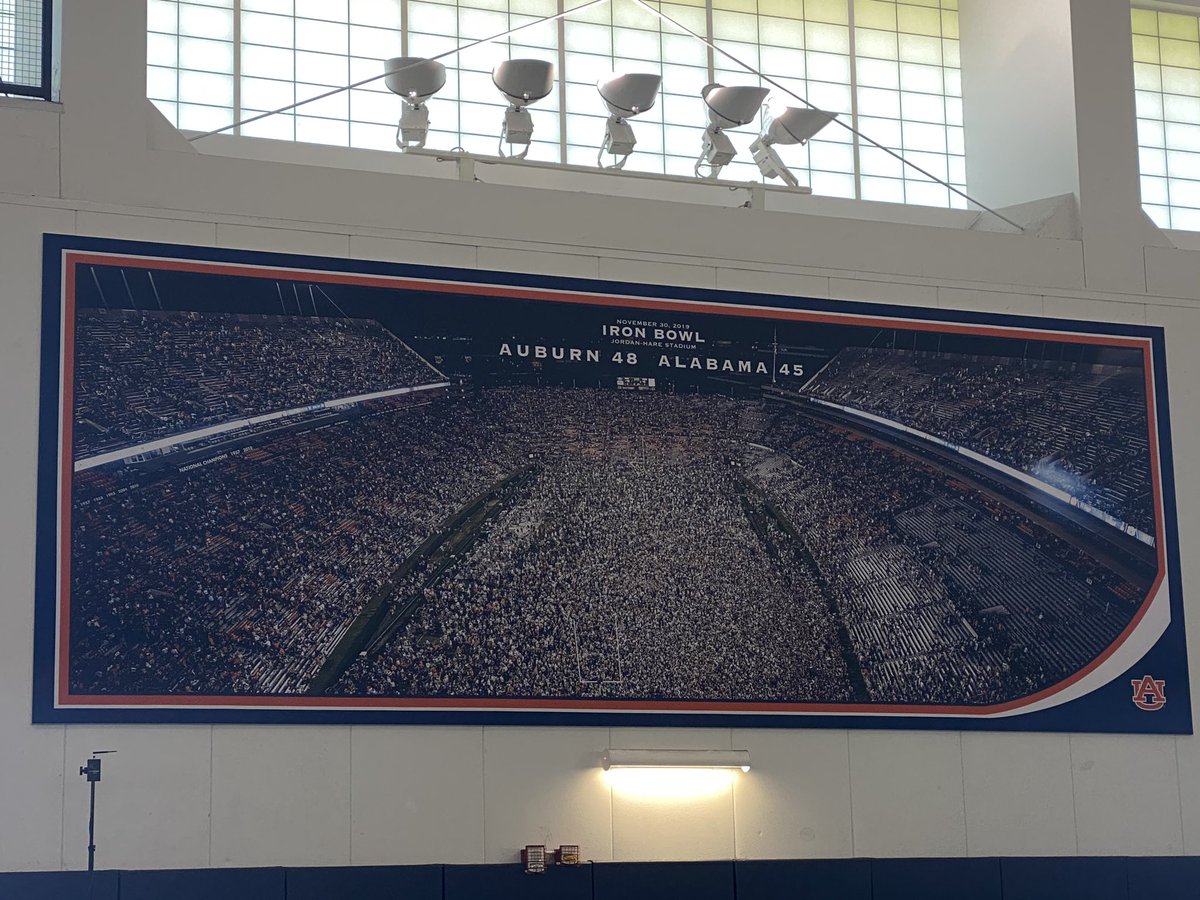 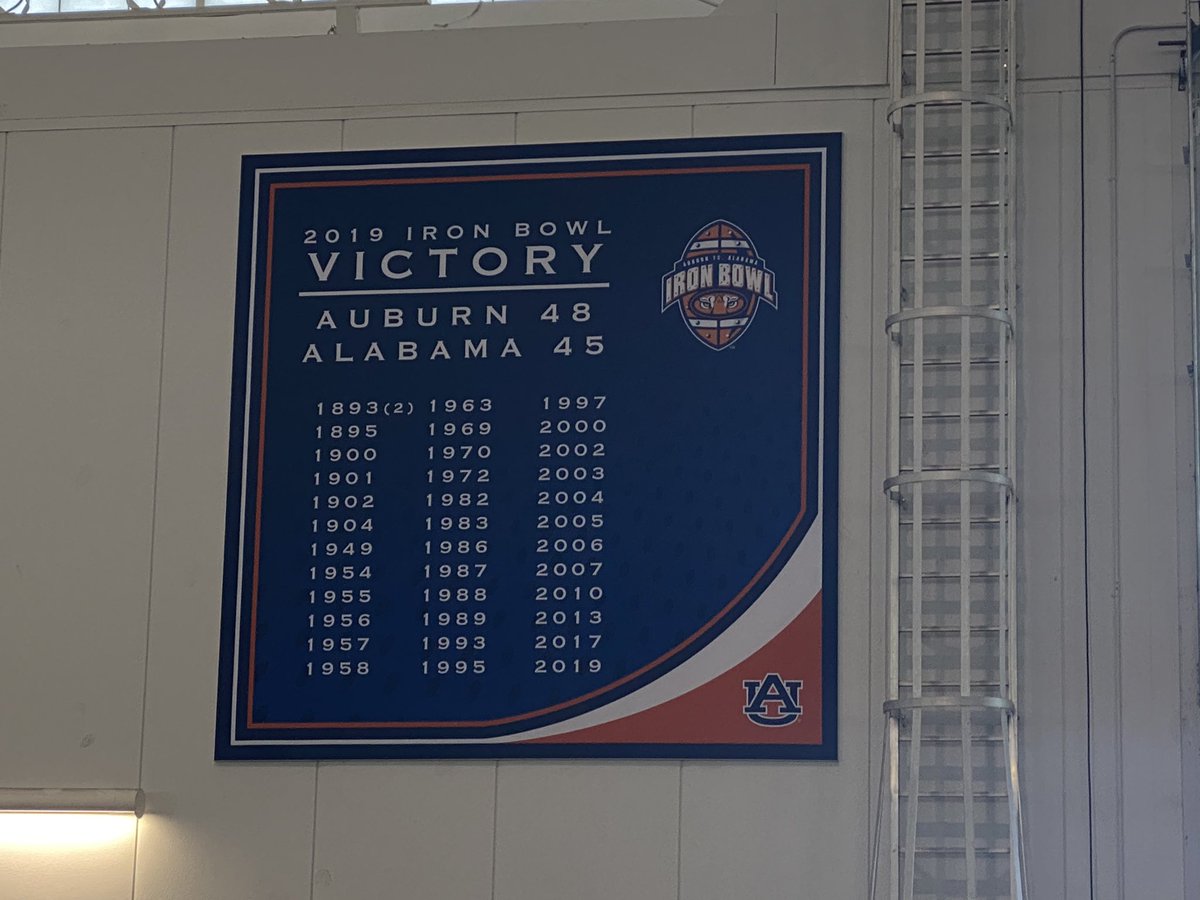