When the Auburn Tigers take on the Kentucky Wildcats on Sunday, they’ll do so without star F Chuma Okeke, who suffered a torn ACL against North Carolina on Friday.

Most have sent their support to the Auburn star, but one house of Kentucky fans apparently decided to go a different way with it.

As you can see below, there’s a house poking fun at Okeke’s injury in a very classless way: 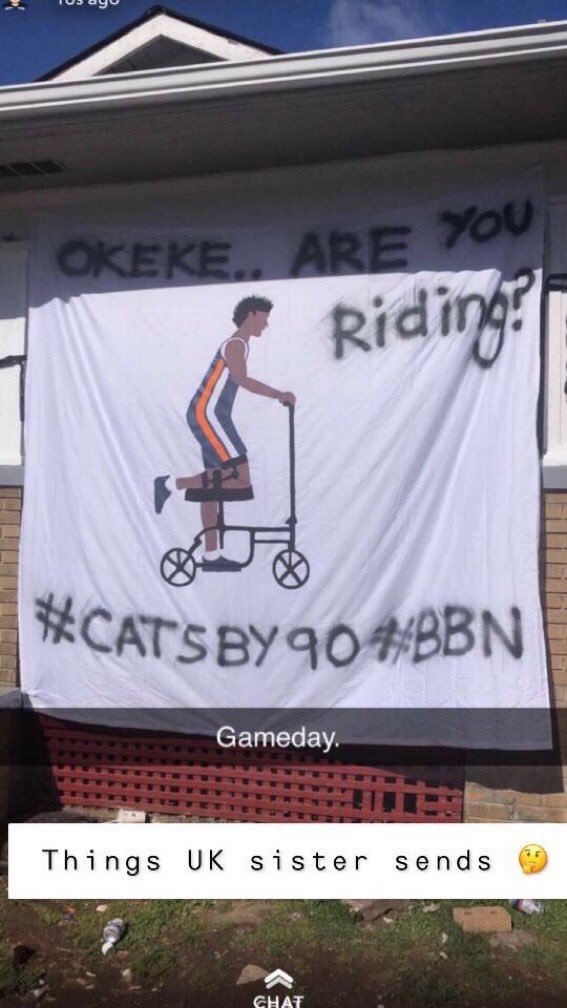 The good news is that even most Kentucky fans will probably find this sort of banner disgusting and in poor taste.

The Tigers are rallying behind Okeke, so we’ll see if they can pull off another big win on Sunday afternoon.

TRENDING
11,856,342 READS
You won't believe how much money SEC teams have spent buying out coaches in the Saban era. It's insane
602,266 READS
Year of the back? With Zamir White's return, the SEC boasts 5 legitimate All-America candidates at RB
83,600 READS
Departing Auburn DL Big Kat Bryant announces transfer to SEC program
LATEST NEWS
View All
15 minutes ago
NFL Draft 2021: Every SEC underclassman who has declared for the draft (so far)
47 minutes ago
Baltimore Ravens make decision on former Alabama RB Mark Ingram for 2021 season
2 hours ago
Aaron Murray on Tennessee's coaching search: 'They need to hit a damn grand slam'
3 hours ago
Jeremy Pruitt's attorney fires back at Tennessee's decision to fire his client
3 hours ago
John Calipari gives timeline for 5-star freshman Terrence Clarke's return from ankle injury
3 hours ago
Not so fast? Potential road block reportedly emerges in LSU's plan to hire Ryan Nielsen as new DC
VIEW MORE