There’s been an update to the case involving the young man that is responsible for the deaths of Rod and Paula Bramblett.

A Lee County judge recently ruled that Johnson Taylor, who was 16 at the time of the Bramblett’s tragic deaths, has been granted youthful offender status. This decision comes despite Taylor now being 19.

Jack Royer of CBS 42 in Central Alabama shared this excerpt from the judge’s ruling: 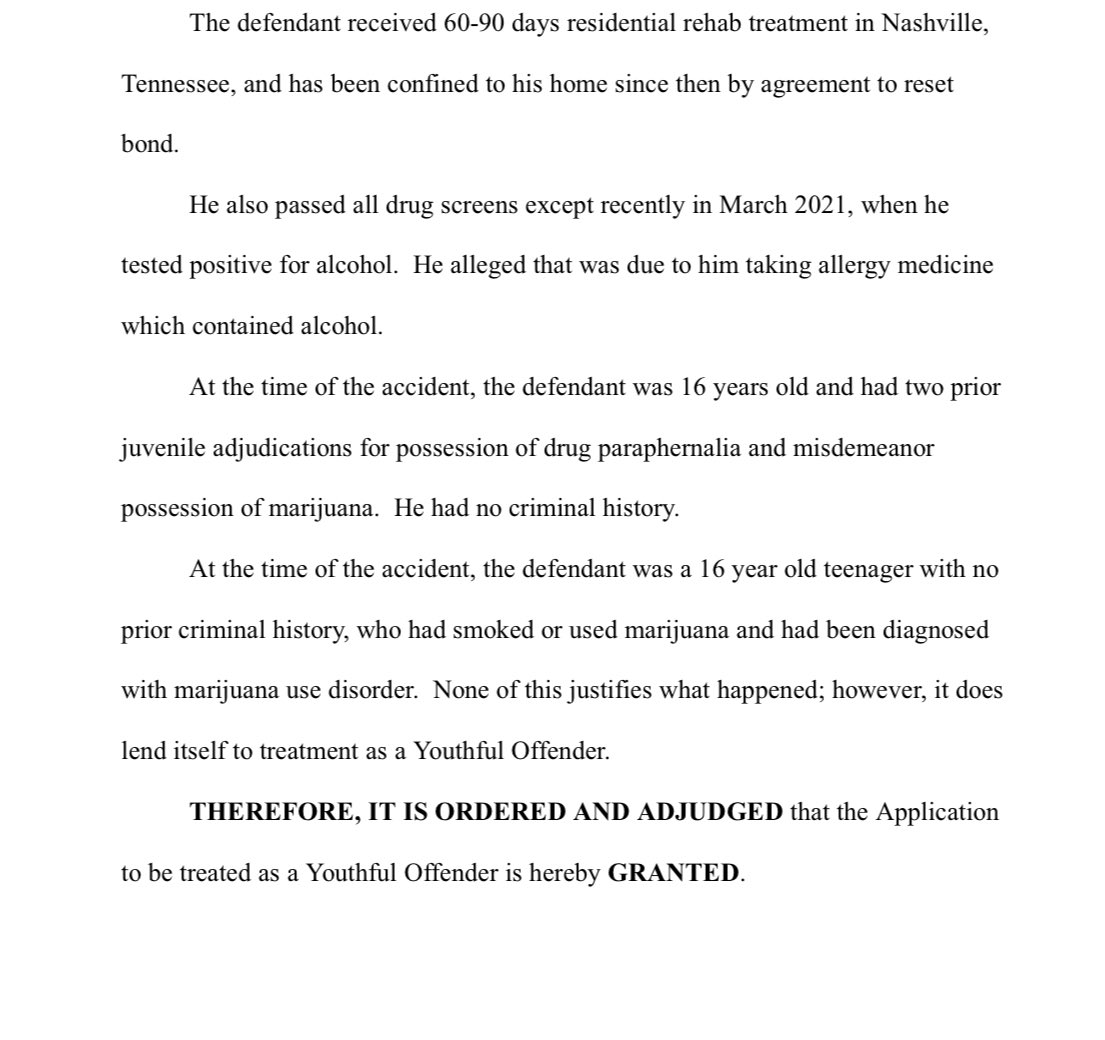 Taylor is facing two counts of reckless manslaughter following the deaths of Rod and Paula, which occurred back in 2019.

According to police, Taylor was traveling at 91 miles per hour when he struck Bramblett’s car, which was stopped and sitting at a red light, from behind.