When Hal Presley committed to Baylor on May 16, it appeared that Auburn no longer had a chance to add the 3-star wide receiver. Now, the Tigers are back in the running.

On Friday, Presley announced on Twitter that he has decommitted from Baylor and has reopened his recruitment. A 6-foot-3 receiver from Mansfield Summit High School in Arlington, Texas, Presley noted that he felt he “made a decision too early” and needs to do what’s best for him.

Presley is the No. 74 wide receiver in the 2021 recruiting class, per the 247Sports Composite rankings, as well as the No. 73 recruit from Texas and the No. 485 overall recruit in the class.

On the day of Presley’s decommitment, a contributor for Texas site Horns247 has submitted a Crystal Ball prediction for the wideout to sign with Auburn.

Auburn currently has 13 commits in its 2021 recruiting class, but none of them are wide receivers. So the Tigers could get a nice boost if they’re able to sway Presley to their program. 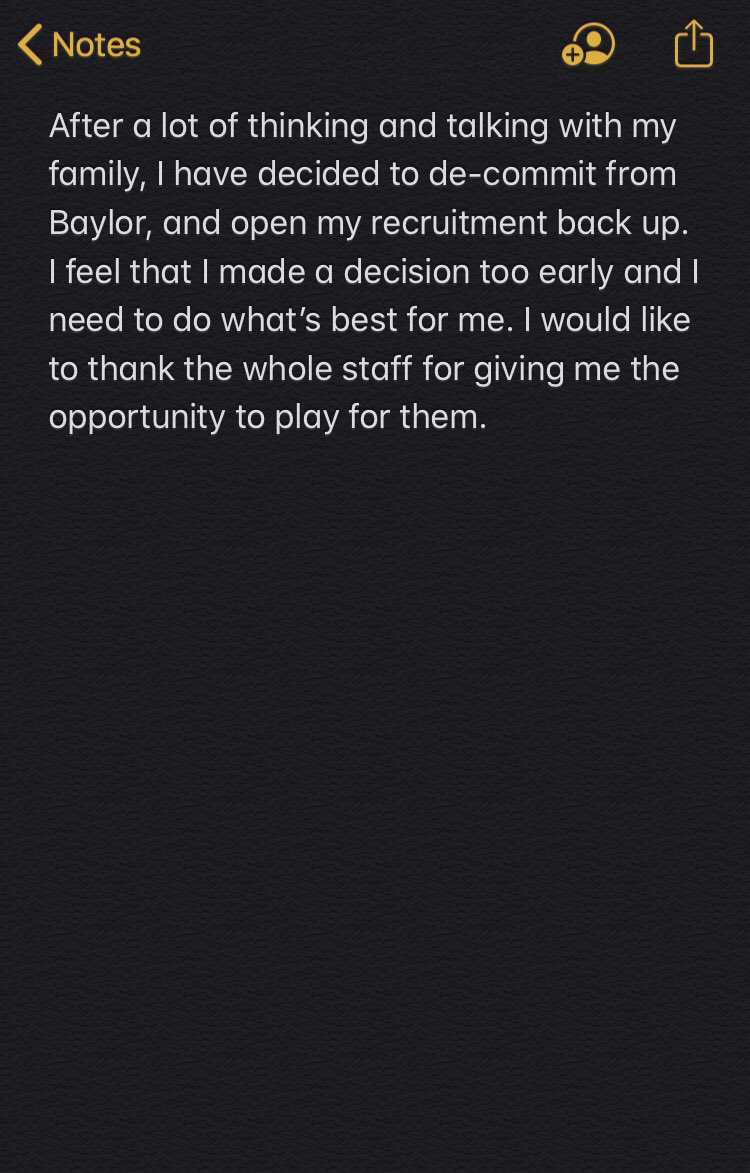 RECENT ARTICLES
AUBURN
What Gus Malzahn said after Auburn lost to Alabama in the Iron Bowl
AUBURN
Gus Malzahn's message after the Iron Bowl whipping: You got to take it like a man
AUBURN
Gus Bus runs into the ditch: Auburn fans mad at Malzahn following poor Iron Bowl showing
AUBURN
Kirk Herbstreit names 2 reasons why Auburn has had more success than anyone else against Alabama
HOMEGATING KIT
FROM